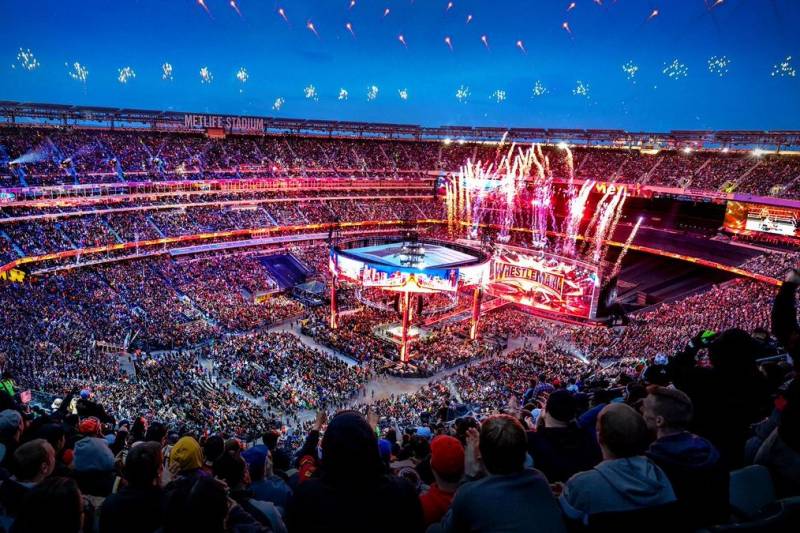 WWE confirms WrestleMania 38 will air in US theaters

The WWE press website has confirmed that their next show, WrestleMania 38, will air live in select theaters across the United States. In partnership with Fathom Events, both nights of WrestleMania 38 will be streamed to moviegoers as they unfold in Texas.

Tickets for the respective two nights of the WrestleMania weekend are now available for purchase through the Fathom website, as well as counters across the country. The complete list of participating venues is available on the aforementioned site.

WrestleMania is renowned for its pay-per-view closed-circuit broadcast, particularly in the early years of WrestleMania in the late 80s. This year’s event will be headlined by a title unification match between Brock Lesnar and “The Tribal Chief” Roman Reigns, also slated for the card are Edge, Becky Lynch, Charlotte Flair and “Stone Cold” Steve Austin.

It’s undoubtedly a WrestleMania staple, and from the comfort of a plush movie theater recliner, it has the potential to be even bigger.

Some of the coverage you find on Cultured Vultures contains affiliate links, which provide us with small commissions based on purchases made while visiting our site. We cover gaming news, movie reviews, wrestling and more.

Marta and Ani Aznavoorian perform at Nichols Concert Hall, May 15