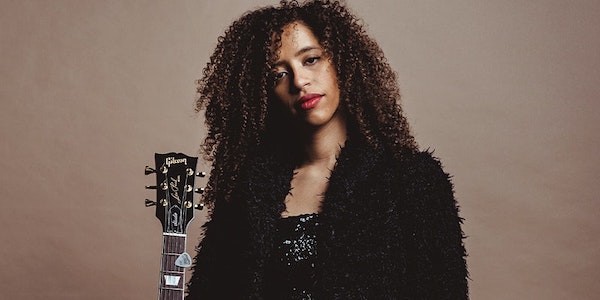 We’re giving away a pair of tickets to An Evening with Jackie Venson @ The Old Church on September 14th. To win, comment on this post why you would like to attend. The winner will be pulled and emailed September 9.

Jackie Venson is a multi-instrumentalist, singer-songwriter known the world over for her beautifully complex music and flamboyant guitar skills. Born and raised in Austin, Texas, Jackie has traveled the world performing in front of massive crowds both headlining and supporting major artists such as Gary Clark Jr, Aloe Blacc and Citizen Cope, for n ‘ to name a few. With the disruption of the COVID-19 pandemic, the cancellation of his entire touring schedule and the wave of social change sweeping the country, Jackie is committed to releasing more music than ever, connecting with her fans directly, and speaking about the change she wanted to see in her city and country. On April 20, Jackie released a new EP titled “jackie the robot vol 1” made up entirely of remixes that reinvent Jackie’s critically acclaimed catalog, showcasing her growth as a musician and producer. In October, Jackie released his latest studio album ‘Vintage Machine’, her first studio sequel to “Joy” of 2019. Music for “Vintage Machine” was featured extensively on Jackie’s recording for the 46th season of Austin City Limits, and she released the full set on ” Live at Austin City Limits “in December. With the uncertainty of the times we live in, one thing is true for Jackie Venson: she is going to play her music, speak her truth, and spread as much joy as possible in doing so.

WAITRESS is coming to the BJCC concert hall this fall