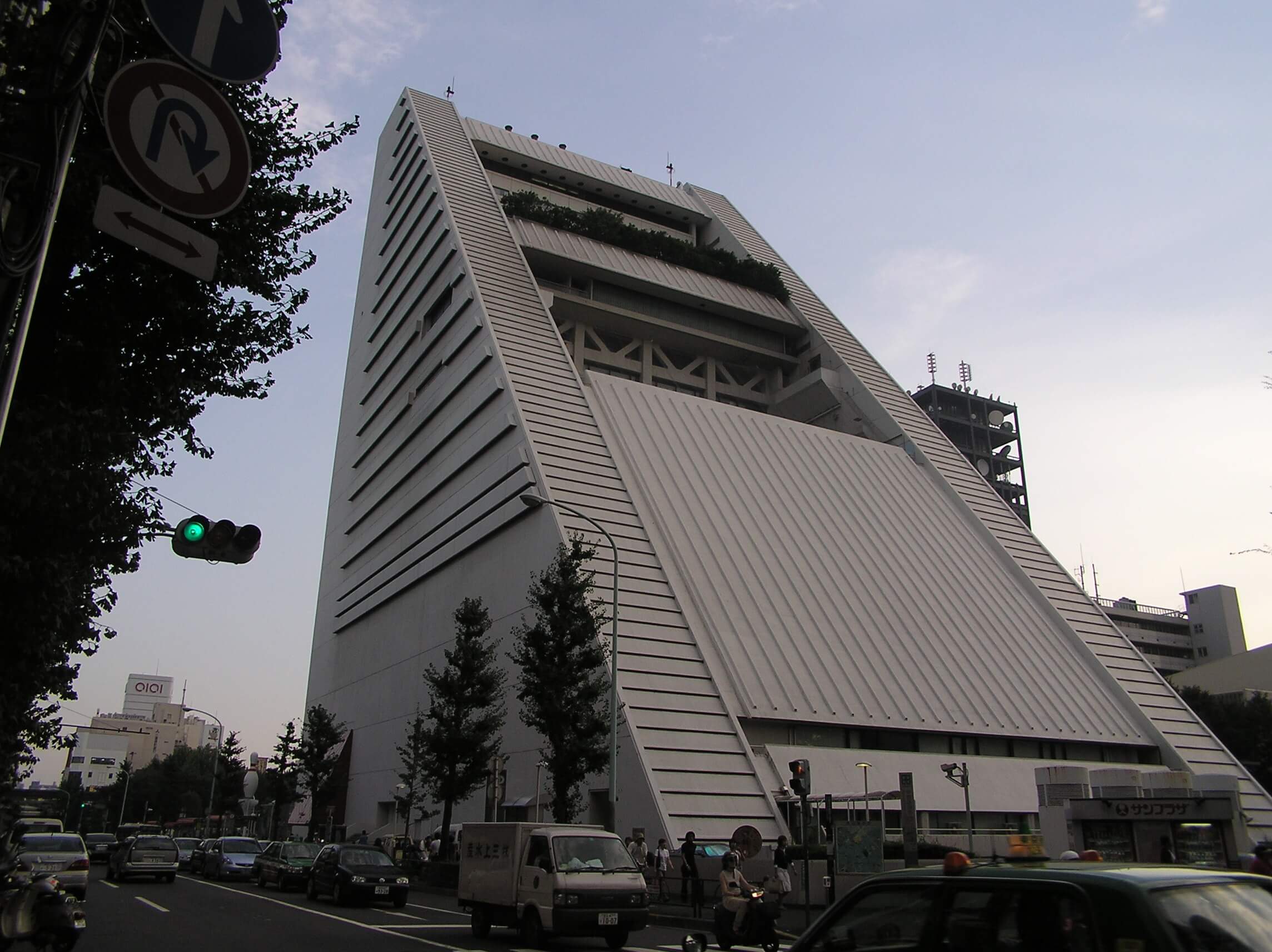 Nakano Sun Plaza, a pyramidal concert hall and hotel tower that stands as one of the tallest and by far the most idiosyncratic structures in Tokyo’s Nakano district, is set to be torn down and replaced with a skyscraper in mixed use 770 feet high. When completed around 2028, the new tower will be the eighth tallest in the city. As reported by Overall construction review, Demolition work on the beloved modernist landmark is set to begin in 2024. (Often classified as a work of brutalism, the curious-looking skyscraper is actually a composite structure and not built primarily of concrete.)

Completed in 1973, the 302-foot-tall Nakano Sun Plaza was designed by Shoji Hayashi of Nikken Sekkei Ltd, a prominent Japanese architectural and structural engineering firm. Over the past 50 years, the 21-story Tilted Tower has become famous not only as Nakano’s most iconic and photographed building, but also as one of Tokyo’s most legendary rock venues. A quick YouTube search shows that the building’s titular 2,200-seat concert hall hosted some of the biggest musical acts of the 1970s, 80s and 90s, including Duran Duran, Van Halen, The Clash, Guns N’ Roses, Journey , Iron Maiden, The Cure, Iggy Pop, Bob Marley & The Wailers, Kraftwerk, etc. The venue also played a formative role in the grunge movement with bands like Alice in Chains and Nirvana, in its last Japanese gig, taking the legendary stage of Nakano Sun Plaza. Needless to say, the suites at the 83-room hotel that span the 16th to 19th floors of the tower likely have some choice stories to tell.

A 2014 article in Metropolisan English-language Japanese lifestyle magazine, explained that international acts have been less prevalent at Nakano Sun Plaza in recent years, as J-pop acts and “anime-related music and events” constitute most reservations. Metropolis also noted that despite its advanced age (for Japan), the hotel’s mostly Western-style rooms have “been renovated to be clean and modern.”

By CRG, the $1.7 billion development replacing the Nakano Sun Plaza will also include an auditorium, albeit a larger one with 5,000 seats, as well as office and residential space. In addition to the hotel and concert hall, the current Nakano Sun Plaza also includes five floors of banquet halls, a wedding chapel, a recording studio and sports facilities including a tennis court, bowling alley and a swimming pool. Two restaurants with panoramic views of the city populate the triangular top of the tower.

According to Japanese Property Center blog, the decision to demolish the complex was largely due to its age and rising maintenance costs, estimated to be around $30 million. Controversial plans to raze Nakano Sun Plaza have been brewing since at least 2018, with an initial plan – evidently since scrapped in favor of the mixed-use supertall – envisioning a 10,000-seat arena for the site.