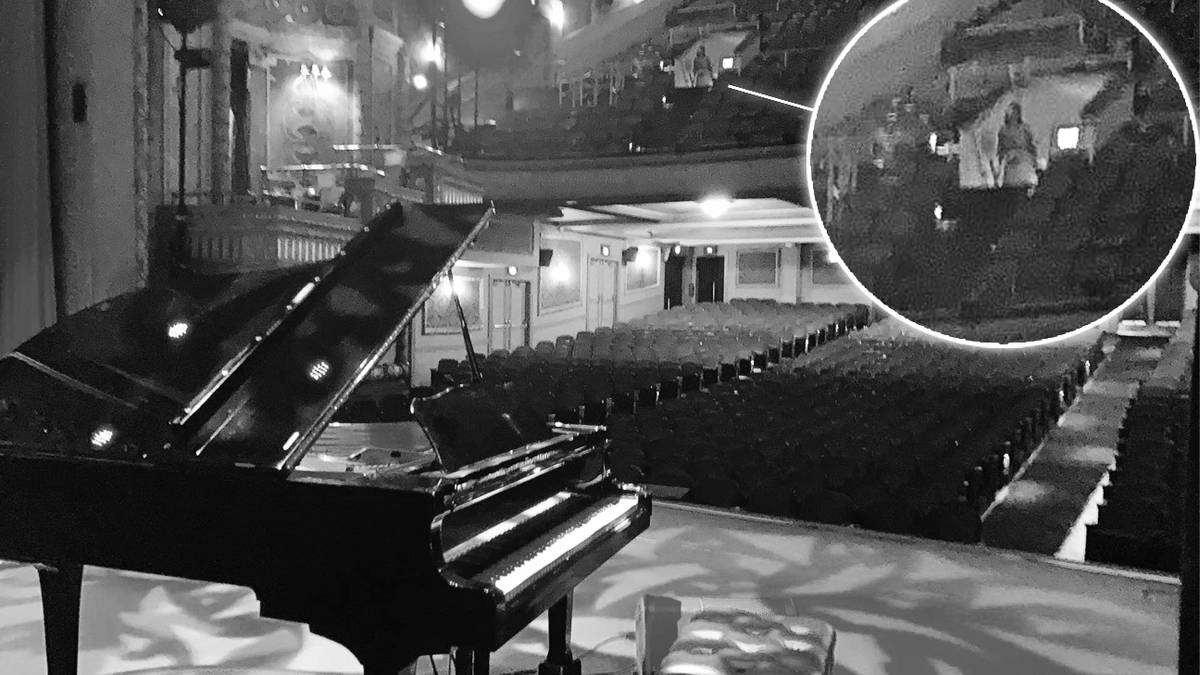 This pianist thought he was alone in the concert hall. His photo tells of a …

A haunting appearance was captured on Instagram, which matches other sightings reported in the 1915 theater in Austin, Texas.

American pianist Chad Lawson was on stage at the Paramount Theater in Austin, soundchecking for a live episode of Podcast on traditions.

After the soundcheck was finished, as most musicians do, he took a few pictures of his instrument in the empty concert hall for social media. He uploaded a photo to Instagram and it looked like a normal concert in a lovely setting.

However, when Lawson returned to his hotel afterwards, he looked at his photos again. He said: “I took three quick photos of the scene to share. In the photo you can clearly see someone in the mezzanine.

“Noticing it, I looked at the first and third photos and the person is missing.”

Frightened, Lawson searched online for “Ghosts Paramount Theater, Austin” and found that Natalie Groves of Austin KVUE TV Network had already written about the haunted reputation of the theater.

In 2014, she said: “People said they saw a woman, in a white dress, wandering the aisles of the mezzanine. “

Was it the woman who appeared in Lawson’s photo? Here is his strange post:

So, I wasn’t going to post this because it freaked me out a bit and I didn’t notice it until I got back to the hotel. After…

Lawson also shared the three photos he says he took in quick succession on stage, showing the figure appearing and then fading away.

In his projects, composer / pianist Chad Lawson often mixes the sounds of the classical repertoire with jazz improvisation, looping piano and effects.

His Chopin variations dominated the classic charts in the United States, and its sheet music was used extensively in movies. He also composed the music for Podcast on traditions, which explores the history of folklore.