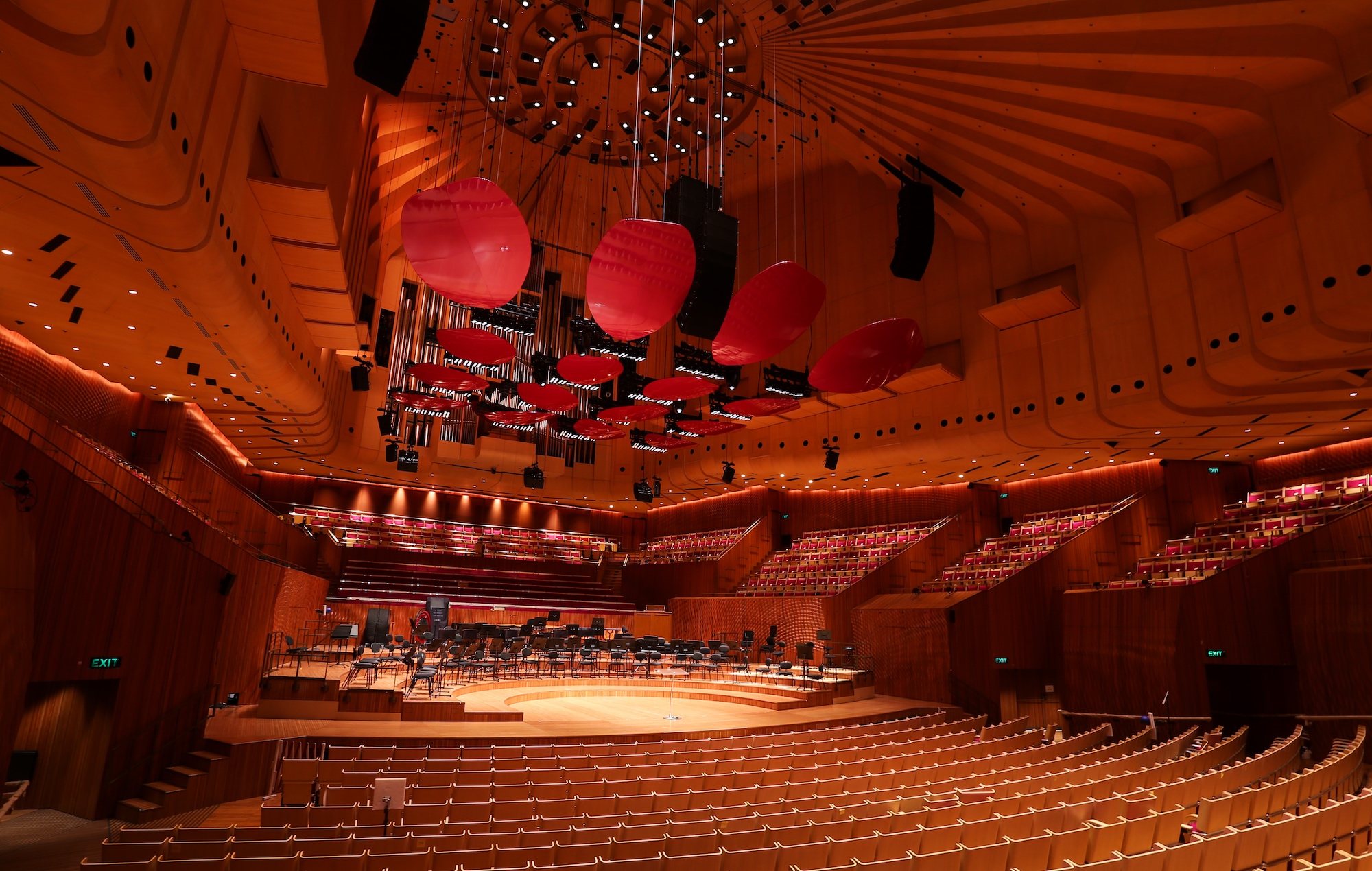 The iconic Sydney Opera House Concert Hall will reopen to the public this month after two and a half years of renovations.

The upgrades were intended to both improve the overall concert experience and provide greater accessibility for customers. 18 reflectors and acoustic diffusers will provide better sound quality, while a new elevator and passageway will make the place more suitable for people’s mobility needs. Other improvements include new stage risers and a new theater flight system.

“It’s been a long time coming,” Opera House CEO Louise Herron said in a press address yesterday (July 14). “For decades people have dreamed of fixing the acoustics, and we have dreamed of replacing the machinery and improving the accessibility of the concert hall,” she continued.

“Some of these shortcomings have been very well documented. Musicians from all over the world dream of playing here, but too often the experience has fallen short of expectations, and unmet expectations are really not something we want at Opera. With this upgrade, we have corrected this imbalance.

“Now you can experience the clarity and warmth in both amplified and symphonic mode,” Herron said. “The range of sounds is much clearer now.” She added that once the upgrade is complete, performers and audiences can expect to experience “world-class acoustics in a more accessible, safer and better-equipped venue to present the full scope of the performances of the 21st century”.

The concert hall improvements marked the latest project in the government’s 10-year, $300 million renewal plan for the Opera House – which opened nearly five decades ago, in October 1973.

Improvements have been made to the site’s Conservation Management Plan, ensuring the retention of its original interiors as designed by Danish architect Jørn Utzon and completed by a team of Australian architects led by Peter Hall.

With the concert hall due to reopen to the public on July 20 with a performance by the Sydney Symphony Orchestra, an extensive program of events is planned over the coming months for the new and improved space.

Leon Bridges will perform three shows there in early October, while Archie Roach will perform with the Sydney Symphony Orchestra the same month. At the end of November, the Texan trio Khruangbin will perform there as part of their Australian tour.

In December, American jazz saxophonist Kamasi Washington will return to the Concert Hall for his only Australian show of the year, having performed there in 2018 and 2019.

“The mighty Kamasi Washington has blown the roof off the Sydney Opera House on the previous two sold-out tours,” Ben Marshall, the Opera’s head of contemporary music, said when the show was announced. “After a long absence, we couldn’t be more proud to welcome him to our newly renovated concert hall.”