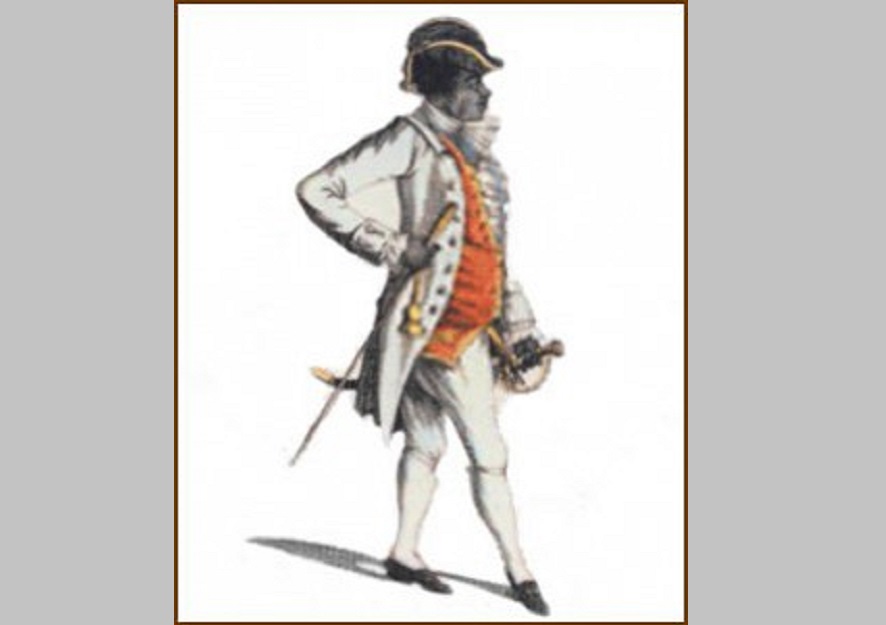 Not much is known about Julius Soubise’s early life, only that he was born around 1756 in St. Kitts to a white planter father and a mother of African descent. Some say he was the son of a Jamaican slave from St. Kitts. Soubise was brought to England in the 1760s by Captain Stair Douglas and was soon given to the Duchess of Queensbury who cared for him as her own child.

Soubise would grow up to be a “notorious young dandy”, leading a lavish and decadent lifestyle in London’s high society, according to historians. Catherine Hyde, Duchess of Queensberry, could have controlled him, but she didn’t largely because she found him likable.

Indeed, in 1764, when a young Soubise was given to her, she freed the boy from slavery and named him Julius Soubise, after Charles de Rohan, Prince of Soubise. The workers at the Duchess’ household liked Soubise as soon as they met him and they quickly started calling him “Young Othello”. The Duchess and her husband educated Soubise and asked Domenico Angelo, an Italian sword and fencing master, to teach her to fencing and ride a horse. Soubise will become the riding and fencing master of the Duchess.

Soubise also had some of the best instructors who taught her to speak properly, to play the violin and to sing. As he became proficient in the above, he adopted an “extremely privileged lifestyle”, spending money on clothes, women and food while calling himself “The Black Prince “.

Gerzina (1995) wrote that Soubise “suddenly changed his ways and became one of the most prominent idlers in town.” He frequented the Opera and the other theatres; sported a handsome horse and groom in Hyde-Park; became a member of many fashionable clubs and made a figure. He continued such a reckless life with the blessing of the Duchess.

According to this report, the Duchess “maintained a house in town for Soubise, as well as a carriage in livery to drive him, and all the conveniences to lead his life as a fat man. She herself often suffered from his reckless urges, but did not try to control him firmly, probably due to her caring feelings towards the black boy less than half her age.

There was even a rumor that a sexual relationship existed between the Duchess and her fencing master Soubise. London high society then created a satirical image depicting their supposed relationship to embarrass the two. The British abolitionist, writer and composer Ignatius Sancho, who was a friend of Soubise, wrote a letter to him in 1771 asking him to try to end his depraved lifestyle as the upper class Britons had had enough of him. .

Shortly after, Soubise was accused of raping a maid. The Duchess had to send him to India to save him from prosecution. She died two days after Soubise fled to Calcutta in Bengal, India. Soubise founded an equestrian school in Calcutta, training young men and women in riding and fencing. He died in 1798 from injuries sustained in a fall from a horse.

Several literary and scenic works deal with his life and personality. He is the subject of the 1769 opera, The Padlock, by Isaac Bickerstaffe. A Mungo Macaroni (1772) by Matthew and Mary Darly is also about him, as is the 1773 book The Duchess of Queensbury and Soubise by William Austin.

Mama Mia! at the Royal Concert Hall in Nottingham