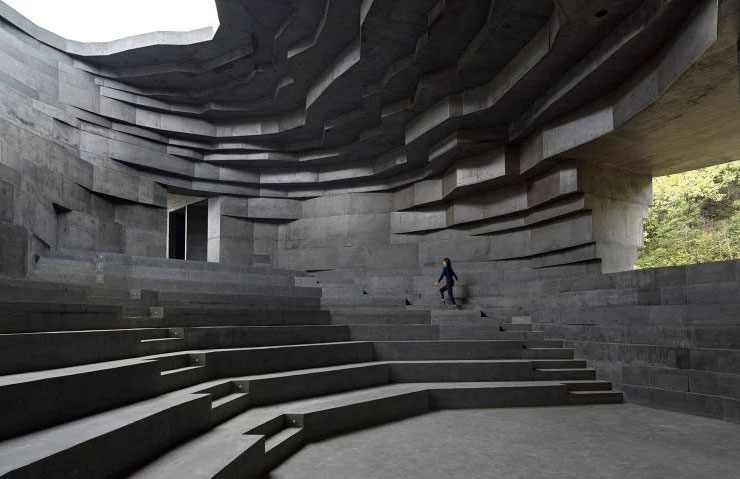 It looks like a “strange prehistoric rock”, but this monolithic structure in Jinshanling, China, near the remains of the Great Wall, is an open-air concert hall.

The cave-like Chapel of Sound, designed by Open Architecture, is made of concrete slabs that echo the surrounding rocky terrain with their undulating shape. The practice says that its steep appearance is “as if a strange, prehistoric rock had fallen there a long time ago.”

Openings at the top of the concert hall give a glimpse of the sky above, as well as the sounds of nature that fills the valley in which it sits. Although primarily designed to host musical performances, Open Architecture says the empty building channels the sound of rainwater, gentle breezes and chirping insects nearby – creating an “ever-changing symphony” of nature.

Located north of Beijing, the chapel offers views of nearby forests as well as the ruins of the Great Wall of China.

21 of the most beautiful concert halls in the world

Stage Mag is rolling out new features, vacation travel bounces, all together now this weekend