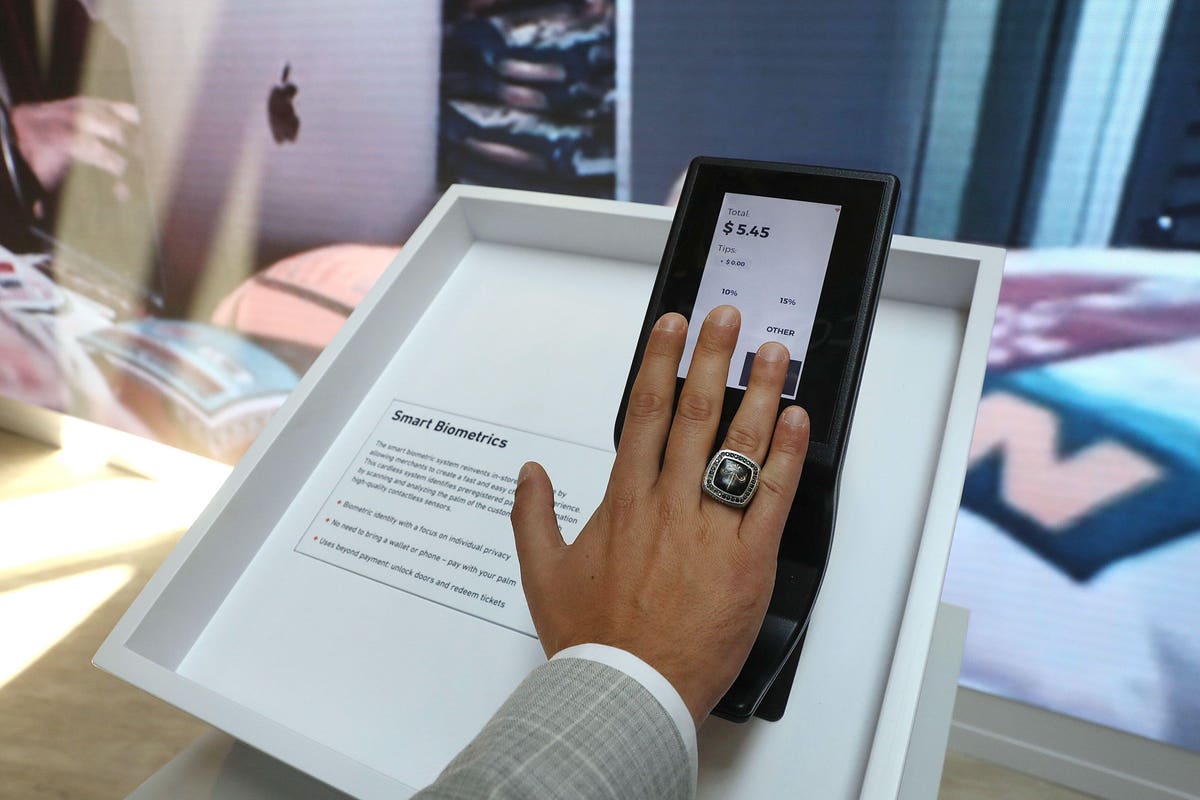 Test new methods of payment by Palm, and with a chip implanted in the hand

Customers at Whole Foods Market in Texas will pay through Palm

Austin has become the first region outside of the Seattle area where Whole Foods Market is offering the Amazon One palm recognition service as a payment option. The Arbor Trails Whole Foods store is the first location in the Austin area to allow shoppers to pay with a simple scan of their palm. Customer registration for the Amazon One service takes less than a minute, which involves linking credit/debit card information and creating palm signatures for one or both palms. A palm signature is created when a customer holds their palm over the Amazon One device, allowing the technology to assess multiple aspects of the palm. With two different palms, vision technology analyzes all aspects to select the most distinct identifiers on a palm to create a unique palm signature. [Progressive Grocer]

Those who are tired of whipping out their wallet or phone to pay may soon skip that step altogether, thanks to a new implantable payment chip. The Anglo-Polish company Walletmor has created a microchip that can be implanted in a person’s hand and used as one would use a credit card for payment. The technology is currently only authorized for sale in the European Union and the United Kingdom. The cost is around $300. The chips use Near Field Communication or NFC, the same system smartphones use for contactless payments, and they cannot be read until they come into close contact with a payment reader. [Nextstar Media]

American consumers say they are not feeling very well about the economy. But they have a curious way of showing it. Pessimism about the economy has risen due to soaring inflation and falling household incomes since pandemic-related stimulus programs expired. But the latest round of bank earnings shows that apprehension hasn’t stopped Americans from reaching for their credit cards. [The Wall Street Journal]

Bitcoin isn’t a useless virtual currency as critics love to claim, but it also represents something more fundamental: Bitcoin’s potential to replace legacy payment processing systems like Visa and MasterCard. It may sound like a stretch, but Bitcoin offers many benefits to consumers and merchants. And if you know anything about the creative destruction inherent in capitalist societies, the replacement of credit cards by Bitcoin is only a matter of time. Why should Bitcoin replace credit cards? Here are five reasons: speed, security, lower transaction fees, less paperwork, privacy and anonymity. [Bitcoin Magazine]

Russian and Chinese entities that offer alternatives to the dominant Visa and Mastercard payment networks could derive significant benefits from sanctions imposed by the West in response to Russia’s invasion of Ukraine. Visa and Mastercard use was widespread in Russia – the two companies held 70% of the debit card market there – when the two card giants halted some transactions in early March. Many would-be card users in Russia are quickly adopting other options, including China-based UnionPay. While few major Russian banks used UnionPay before the invasion, some of the larger ones have shown interest in the past two months. [PYMNTS]

Citi and Bank of America said separately on Thursday that they plan to issue credit cards made with recycled plastic made from old credit cards. Citi said rollout of its recycled plastic PVC (rPVC) cards will begin in Europe, the Middle East and Africa, before being distributed globally. Citi said its rPVC cards will be made with 85% recycled industrial waste per finished card in a process that will reduce CO2 emissions by 36% compared to a standard PVC card. Bank of America said it will make all plastic credit and debit cards from at least 80% recycled plastic starting in 2023. Bank of America has also been issuing digital cards since 2019. Bank of America is issuing 54 million consumer and commercial cards each year. He said the plastic card recycling effort will help reduce more than 235 tons of single-use plastics. [MarketWatch]

CFPB focuses on access to banking services in rural areas

Rural Americans visit bank branches at nearly double the rate of urban and suburban customers, the CFPB found in a new report. In 2019, nearly nine in 10 rural households visited a branch, and about four in 10 rural households visited 10 or more times a year, “much more than their urban and suburban counterparts.” Rural consumers’ reliance on physical bank branches creates a financial disparity among rural communities impacted by branch consolidation, creating an environment in which rural Americans are also less likely to have credit histories and are more likely to use non-bank credit. [Banking Dive]

Apple is upgrading its Apple Pay fraud prevention features for cards stored in the Wallet app on iPhone and Apple Watch, but only for Visa cards initially. For cards with enhanced fraud prevention, when you attempt an online or in-app transaction, your device will evaluate information about your Apple ID, device, and location (if you have location services enabled), to develop fraud prevention assessments, which are used by Apple to identify and prevent fraud. Additionally, Apple says it will share “fraud prevention ratings as well as information about your transaction” with card networks to further prevent fraud. This includes the purchase amount, currency, and date. [Apple Insider]

AMC Theaters, which has increasingly courted cryptocurrencies to attract a younger, more crypto-friendly clientele it acquired during the meme-stock craze in 2021, announced that it has started allowing cryptocurrency payments on its mobile app. The company uses the Bitpay platform to launch mobile payment options in several cryptocurrencies, including Dogecoin and Shiba Inu, which are popular with its customers. Customers can purchase tickets, concessions and gift cards in Dogecoin and Shiba Inu. Tickets and merchandise can also still be purchased through traditional and alternative digital channels like a credit card or Apple Pay, Google Pay or PayPal. [The Street]

If you’re one of the millions of Americans who have borrowed now, pay later for a purchase, your payments will now be recorded on your credit report. In February, Equifax became the first major credit bureau to register buy now, pay later loans on consumer credit records. TransUnion quickly followed suit and introduced a new tool that allows users to add their BNPL payments to their credit history. Experian, meanwhile, has confirmed its intention to track BNPL payments as early as this spring. Recording payments on time could potentially help consumers build or rebuild their credit, but, on the other hand, missing payments could hurt a person’s credit score. [Yahoo Money]

Fyle announced the launch of a real-time expense management solution for customers using corporate and small business cards in the United States, starting with Visa. Fyle will be one of the first expense management platforms to offer direct, real-time transaction streams to all Visa credit card users, with secure direct cardholder enrollment. Instead of requiring customers to switch to another business card, Fyle integrates with their existing business credit cards to give them a real-time expense management experience. Instant data from card flows and receipts is combined and prepared for accounting, significantly reducing the manual work of spenders, finance teams and accounting firms. [IBS Intelligence]