The Sydney Opera House has reopened its largest concert hall after a long period of renovation, which began in 2015, with a five-year design process and two-year construction in Sydney, Australia.

Officially inaugurated on July 20, the renovation is the biggest and final project of the Opera’s Decade of Renewal, including a ten-year program of renovations totaling nearly $300 million to modernize the listed masterpiece. World Heritage Site before its 50th anniversary in 2023. . 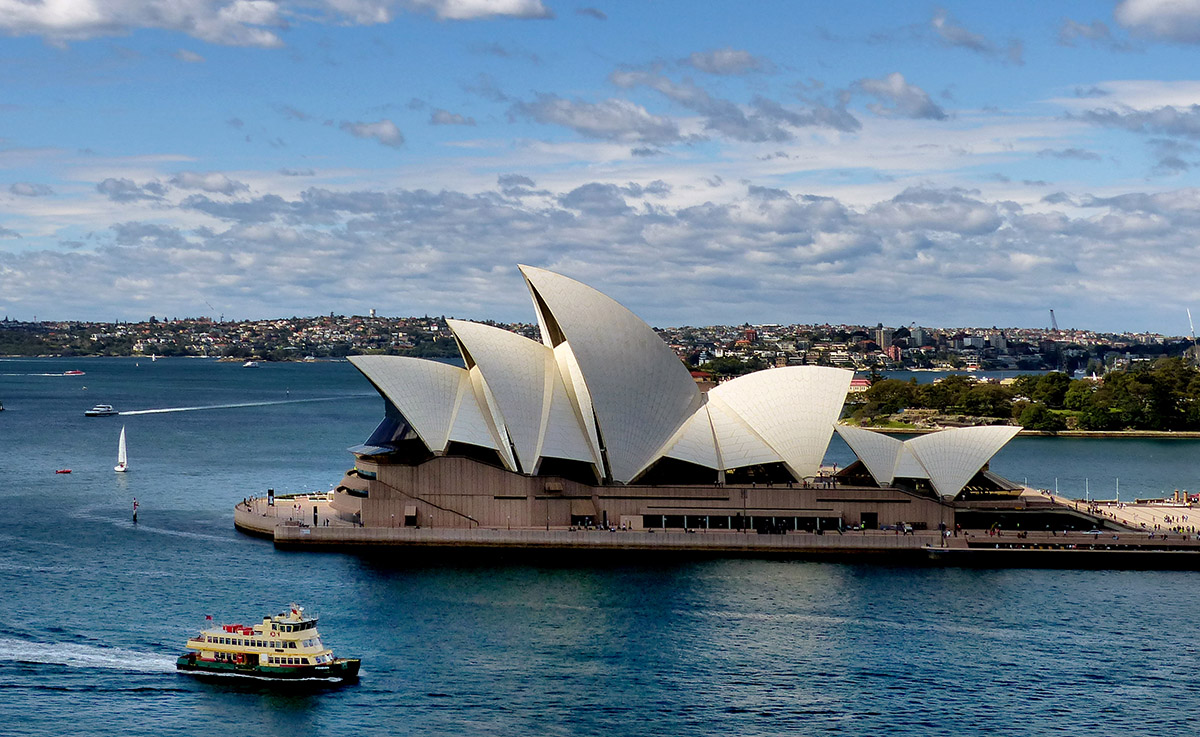 The extensive upgrade included renovating its concert hall, improving acoustics for performers and audiences, improving functionality and accessibility for visitors and audiences for better performance needs. mobility and a safer place.

Located on the shores of Sydney Harbour, the Sydney Opera House was designed by Danish architect Jørn Utzon and completed by a team of Australian architects led by Peter Hall. The multi-hall performing arts center was officially opened in 1973.

One of Jørn Utzon’s most distinguished and famous buildings, the building is one of the most iconic structures of modernist architecture with its expressive concrete forms. While the renovation was led by Australian architectural firm ARM Architecture and global engineering firm Arup, Design 5 served as heritage advisor, Theatreplan served as theater consultant, Taylor managed the construction of the project.

ARM Architecture was commissioned to modernize the iconic building’s Concert Hall in 2015. The project brief included a series of changes that are expected to be “sensitive and respectful” of the heritage building, while raising its acoustics to a world-class standard.

“Our overarching goal was to upgrade the interior and acoustics of the concert hall to match the brilliance of Jorn Utzon’s exterior and Peter Hall’s interior,” ARM Architecture said. 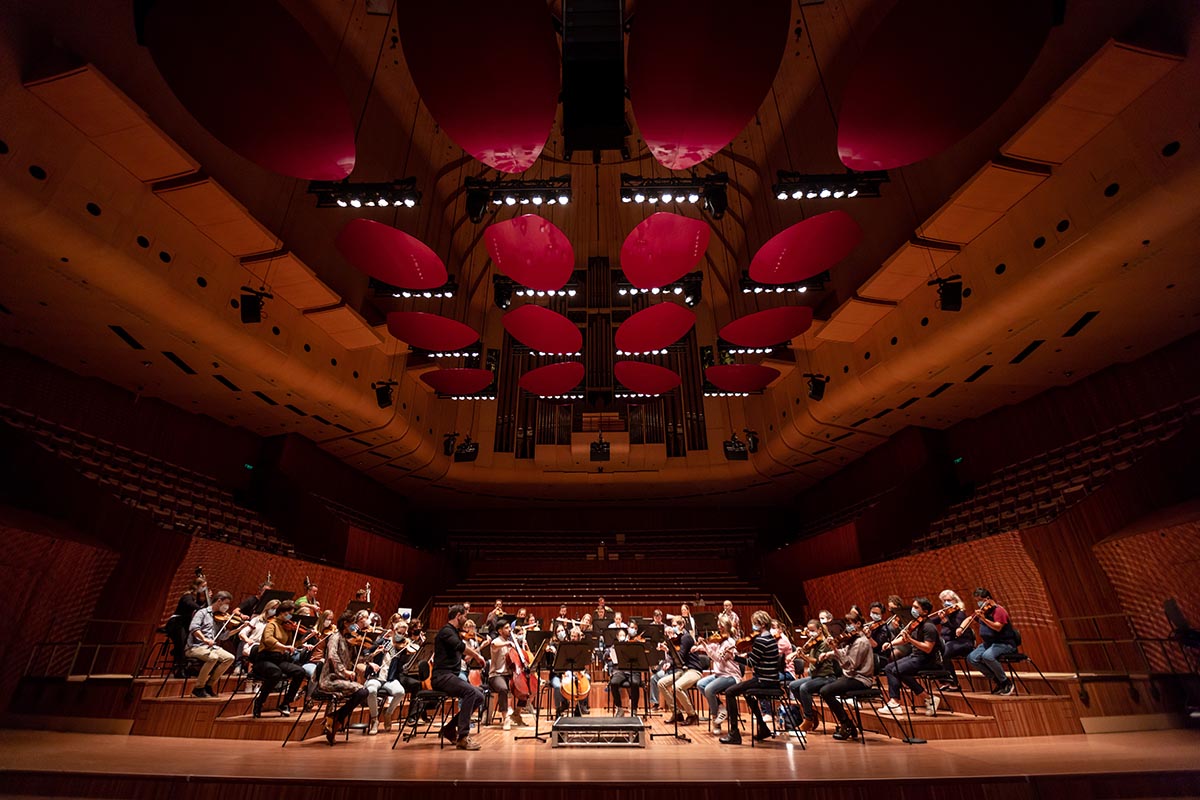 The renovation was based on the three main objectives

ARM director Andrew Hayne described the three main goals of the project they led: “First and foremost, the goal was to improve the acoustics of the concert hall.”

“And the third was to make it more accessible to people – because obviously it was built in a different time when accessibility was not a priority,” Hayne added. 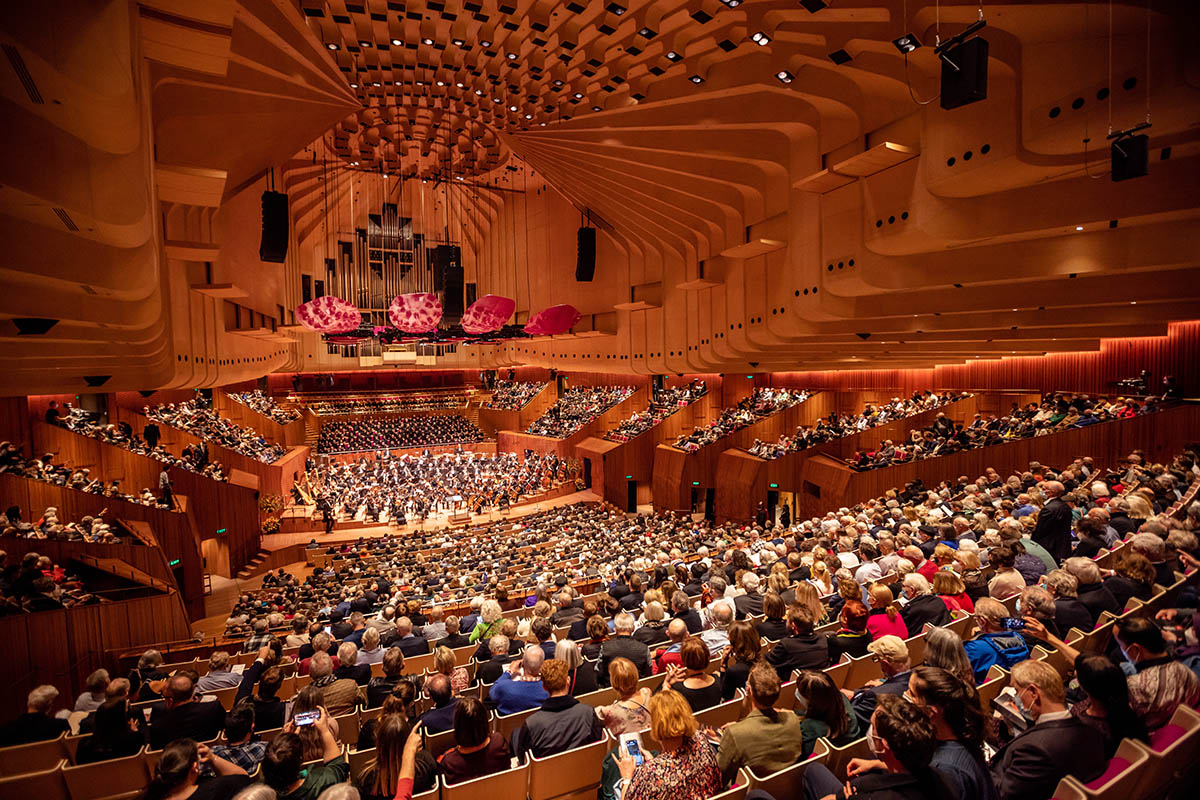 To improve the acoustic conditions inside, the team replaced the old clear acrylic “doughnuts” with 18 new acoustic reflectors above the stage. These “petal-shaped reflectors” are placed in a range of different positions, depending on the music being played. They have been finished in a semi-gloss magenta – matching the color of the concert hall seats chosen by architect Peter Hall.

“There are 12 acoustic petals just above the orchestra that are there specifically for the musicians themselves, to send that early energy back to them so they can hear each other and hear each other… and then there there are four larger ones in the front that will be angled towards the audience, and their job is basically to push that acoustic energy up and to the far reaches of the room,” Hayne said.

“There are also two at the south end which are designed to reflect the energy of the choir.” 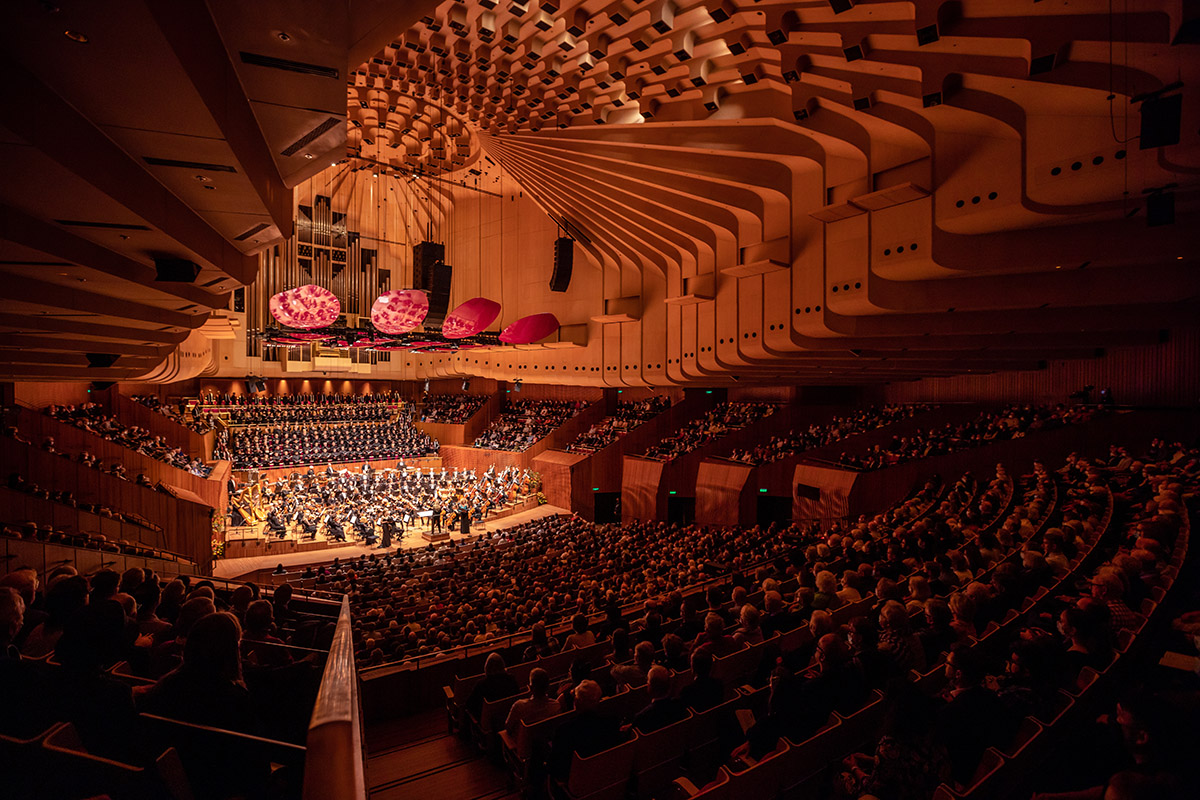 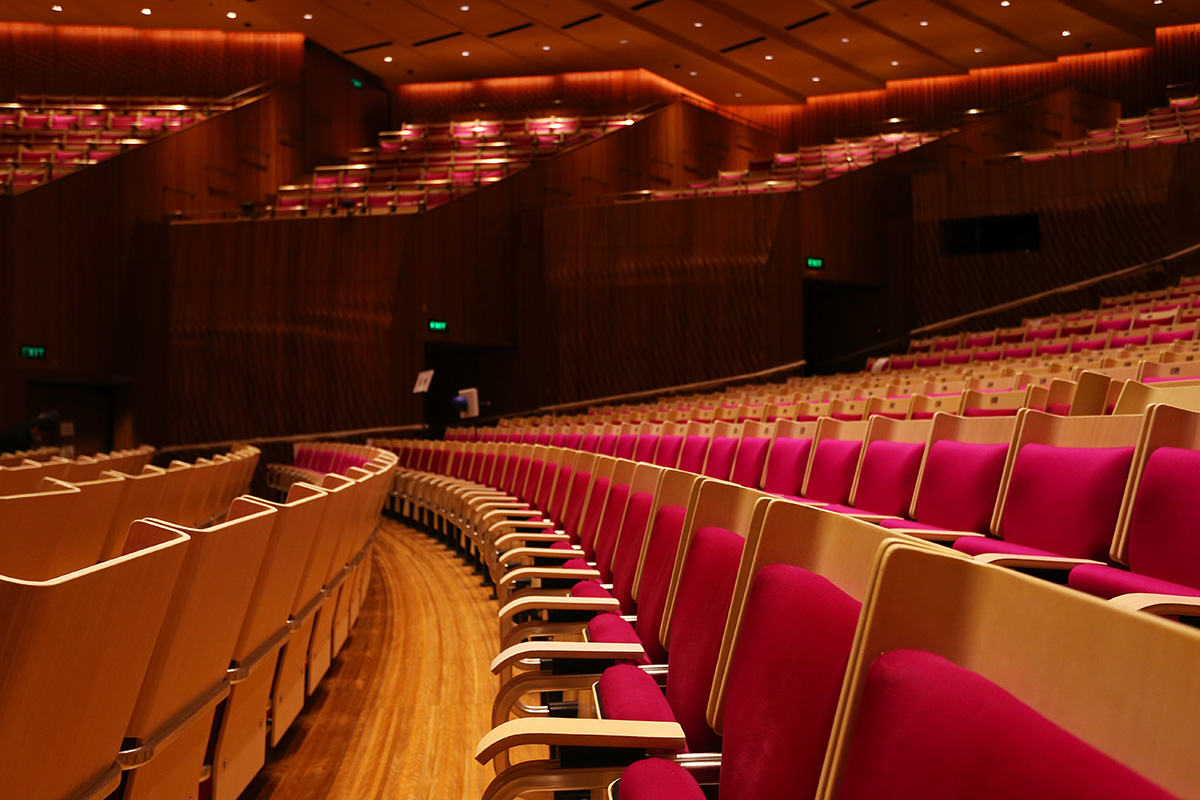 A new theater flight system has been installed above the ceiling to make it easier and safer to fly a wider range of lighting and scenery, allowing for larger scale and more ambitious performances.

The team lowered the stage 40 centimeters to significantly improve sightlines for everyone seated on the benches and to help with sound projection. The backstage has also been enlarged.

As ARM explained, everyone should have had equal accessibility. To accomplish this, the team installed a new elevator in the north foyer, as well as a new passageway that connects to the south foyer. This was intended to dramatically improve access for people, especially the elderly and less mobile, allowing independent access to all levels of the concert hall, including its spectacular North Foyer, some for the first time.

The passage’s location matched Utzon’s original intent, as Hayne describes, “I’ve been to many concerts here and seen the old people struggling up those stairs.”

“The fact that Utzon had a passing concept meant there was something we could latch onto as an idea,” Hayne continued. 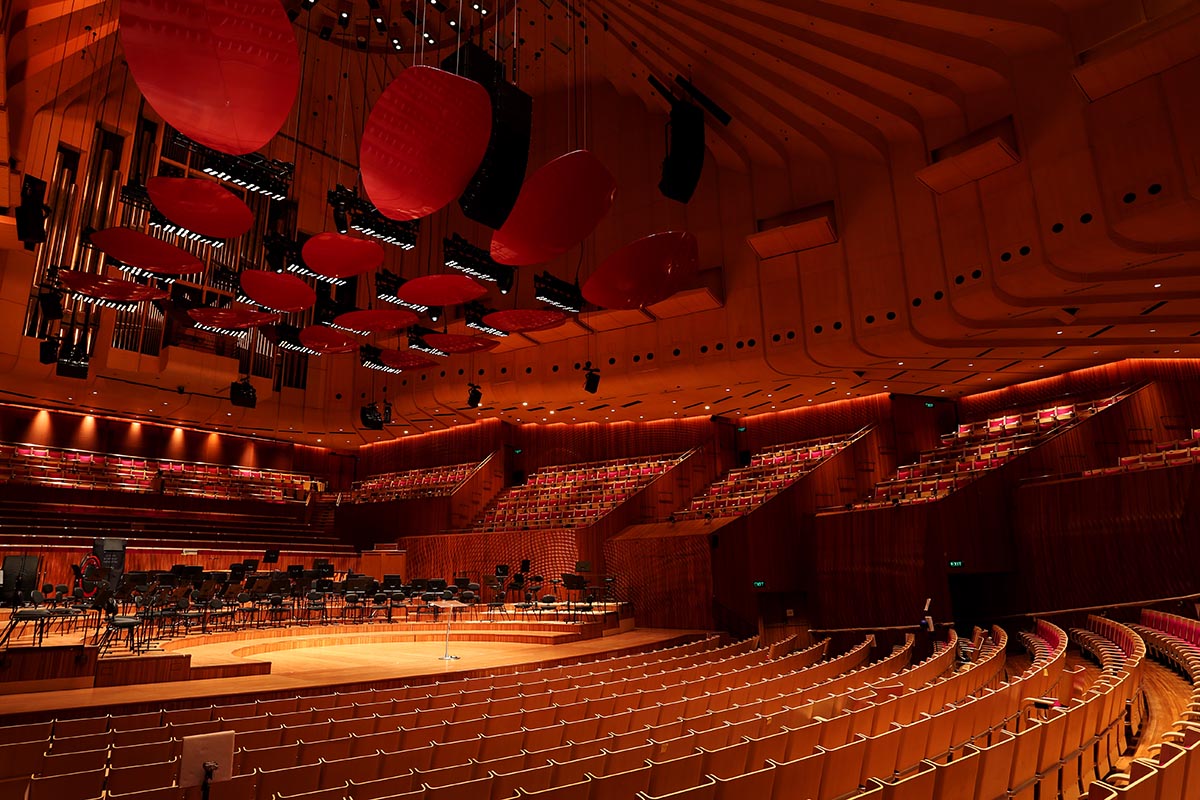 The number of accessible seats has been doubled, including options in stalls and boxes. The team also added two new rehearsal rooms, funded by the late Peter Weiss AO, for artists who use the concert hall.

“Artists and audiences are ready to experience world-class acoustics”

“We are delighted to welcome the community back to the renovated concert hall. Artists and audiences alike are ready to experience world-class acoustics in a more accessible, safer and better-equipped venue to showcase the full breadth of 21st century performances,” said Sydney Opera House CEO Louise Herron AM.

“We have been working towards this moment for a long time and are extremely grateful to the Government of New South Wales and everyone else involved in bringing this once-in-a-lifetime project to fruition,” added Louise Herron AM. According to the Sydney Opera House report, during construction, 91% of demolition waste was recycled, which was above their original target of 80%.

William Barton, a First Nations didgeridoo composer and performer, had 60 pairs of drumsticks made using brush box wood salvaged from the old and new stages of the concert hall.

To source the wood for the clapsticks, William visited the Opera House warehouse where building materials are stored to be reused or recycled. 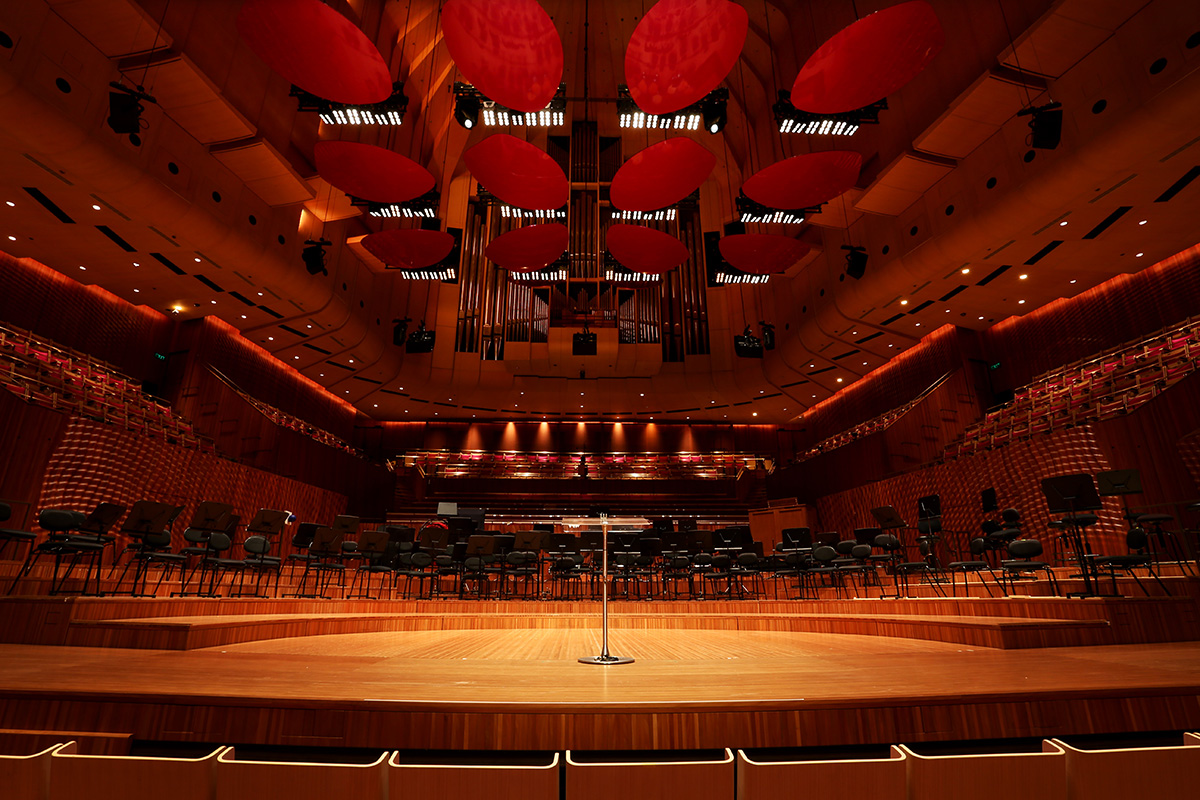 “It shapes the way we sound”

“All the great orchestras in the world have a symbiotic relationship with their home venue – they become synonymous with the space,” said Andrew Haveron, Concertmaster of the Sydney Symphony Orchestra.

“Where an orchestra performs is just as important as the instruments and musicians that are on stage – it shapes how we sound and how an audience experiences performances with us.”

“The extraordinary acoustic upgrade to the Sydney Opera House Concert Hall – which far exceeded all of our expectations – means that the Sydney Symphony Orchestra can finally be heard at its best!”, Haveron added. 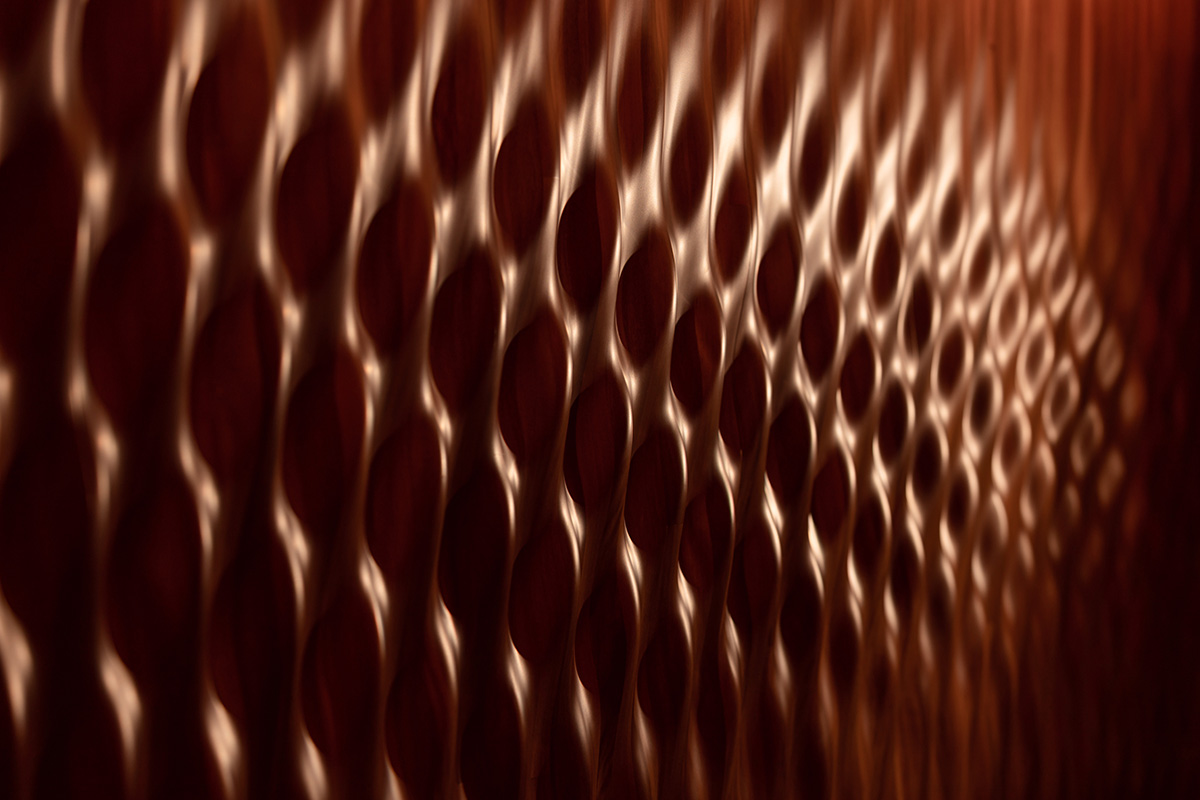 The concert hall is one of the largest in the world with its capacity of 2600 seats and the longest – reaching 45 meters – of the performing arts halls in the world.

Measuring 25 meters from the stage to the crown above, it showcases sound across this space which was a highly technical challenge for acousticians. The room also offers perfect sound quality for acoustic and amplified performances. 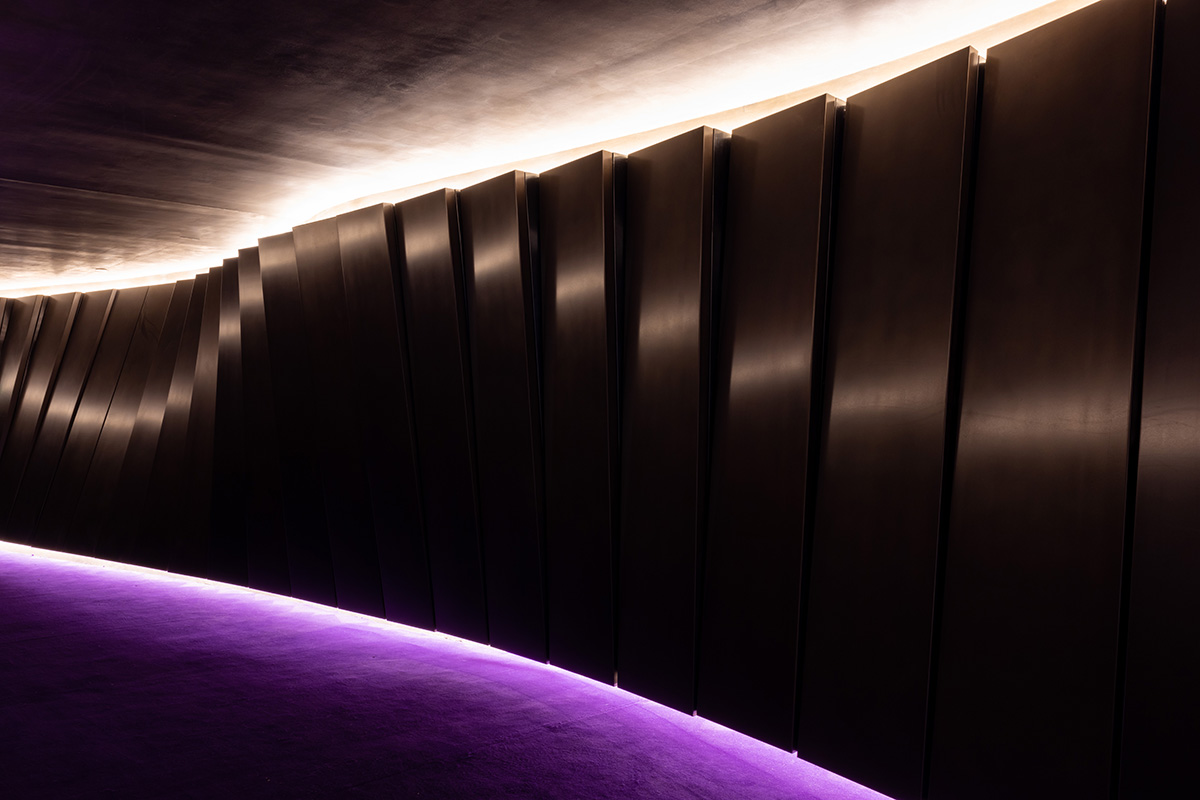 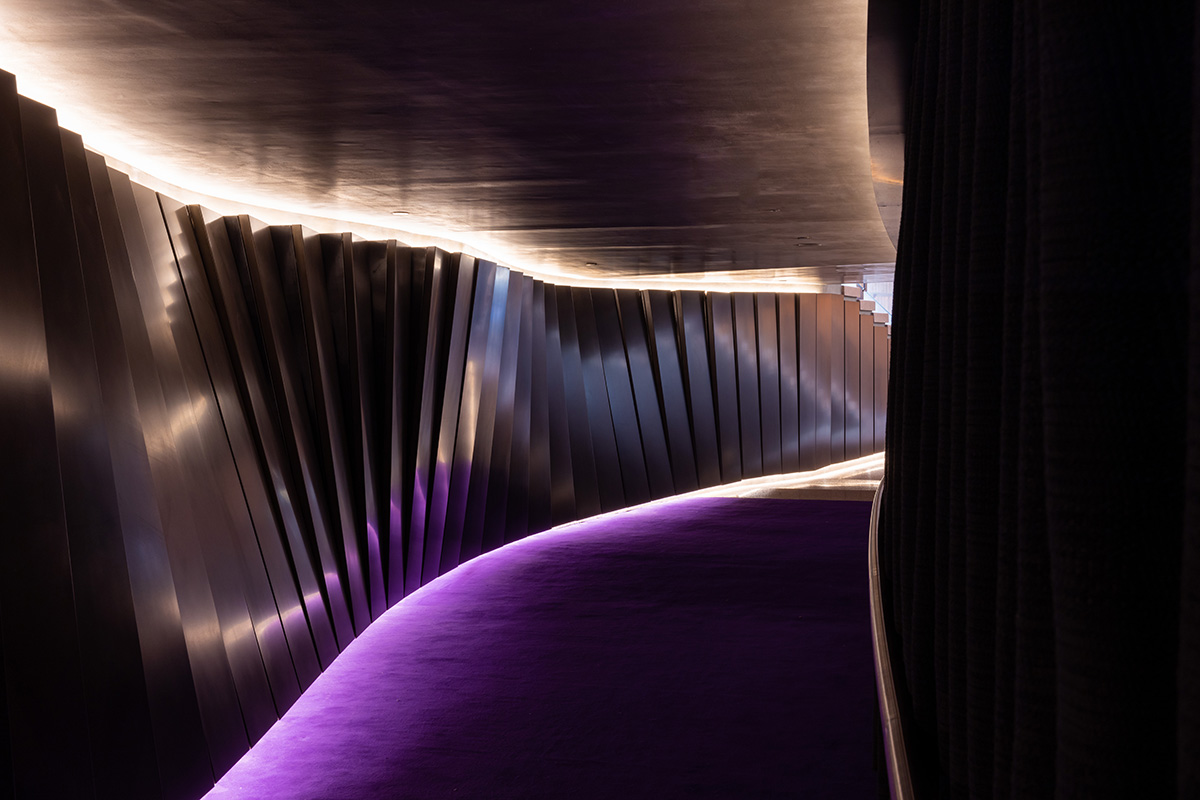 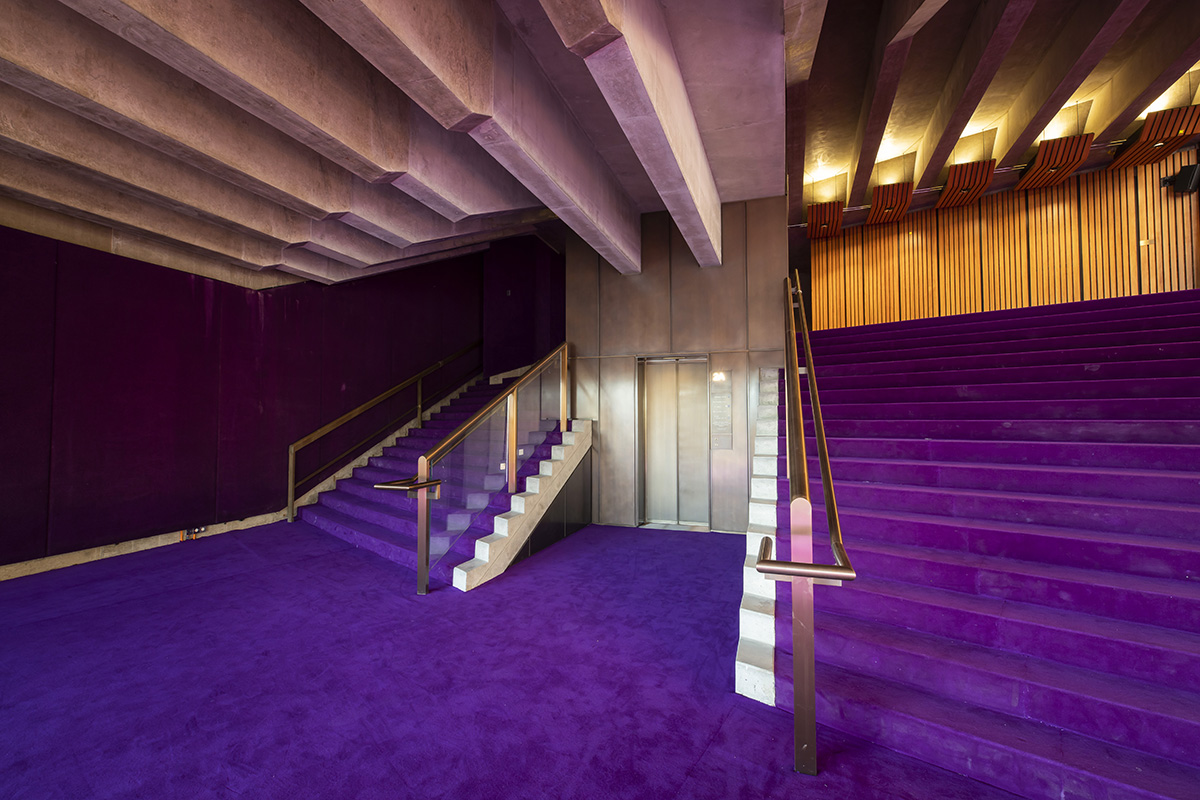 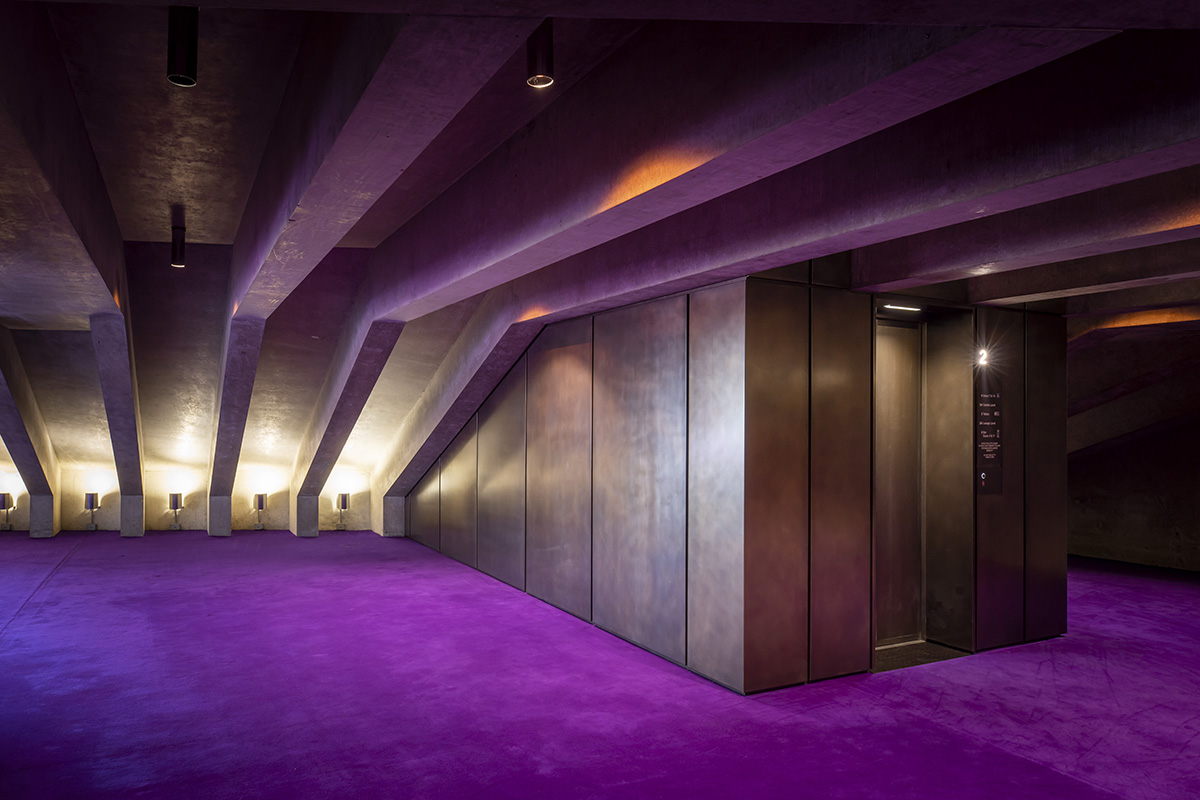 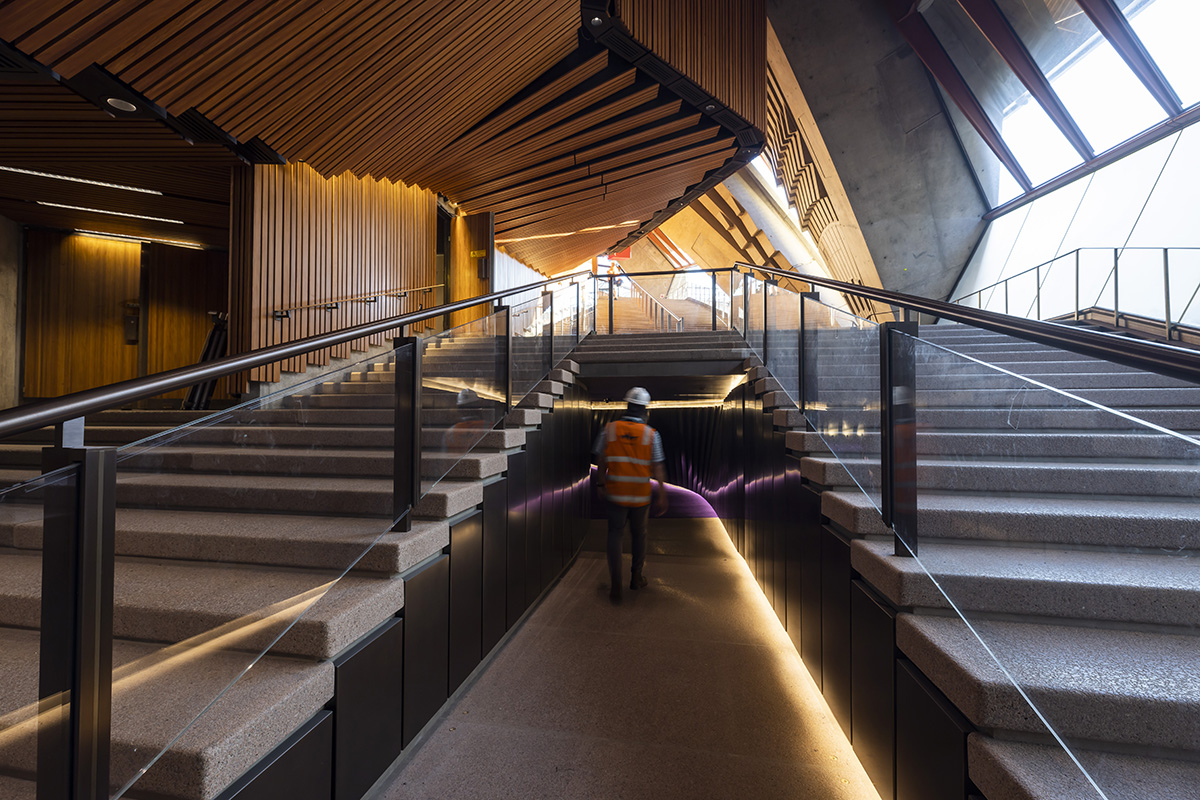 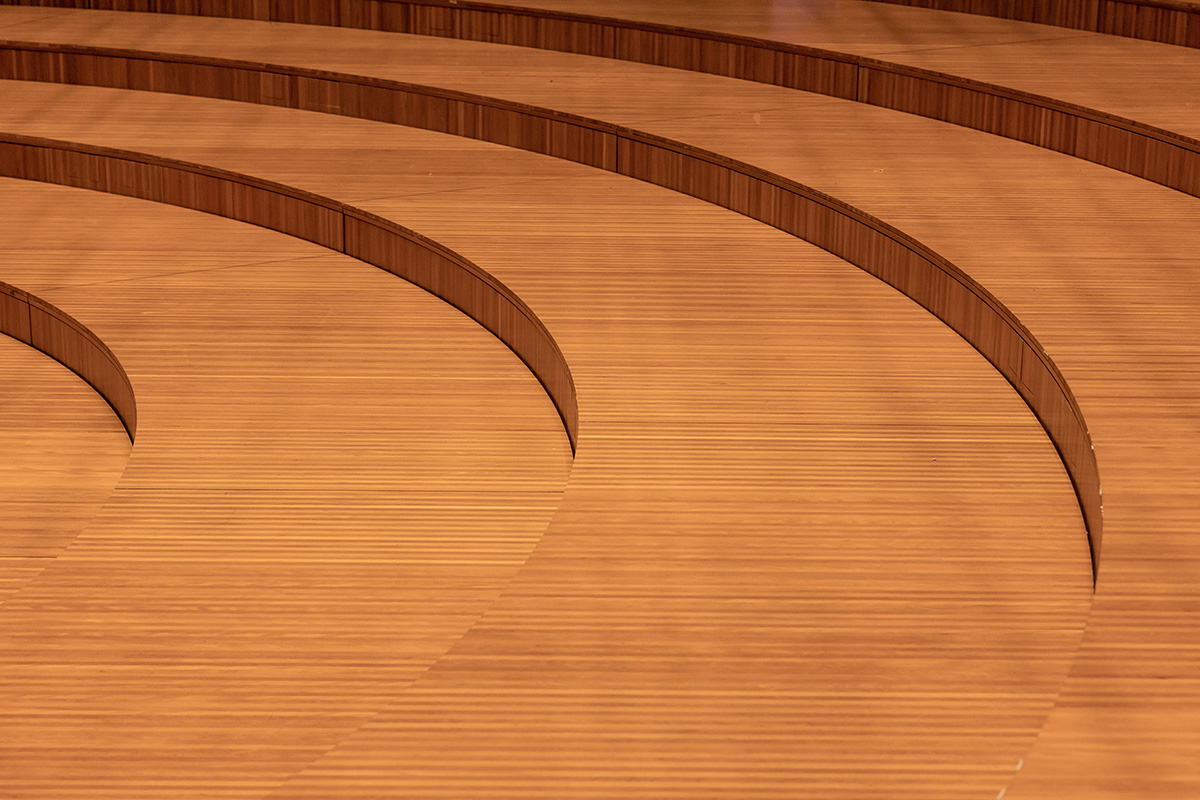 The Decade of Renewal project is funded by the NSW Government. As the Sydney Opera House has stated, all refurbishment work has been carried out in accordance with the Opera House’s Conservation Management Plan to ensure that the improvements respect the original interiors, designed by Peter Hall.