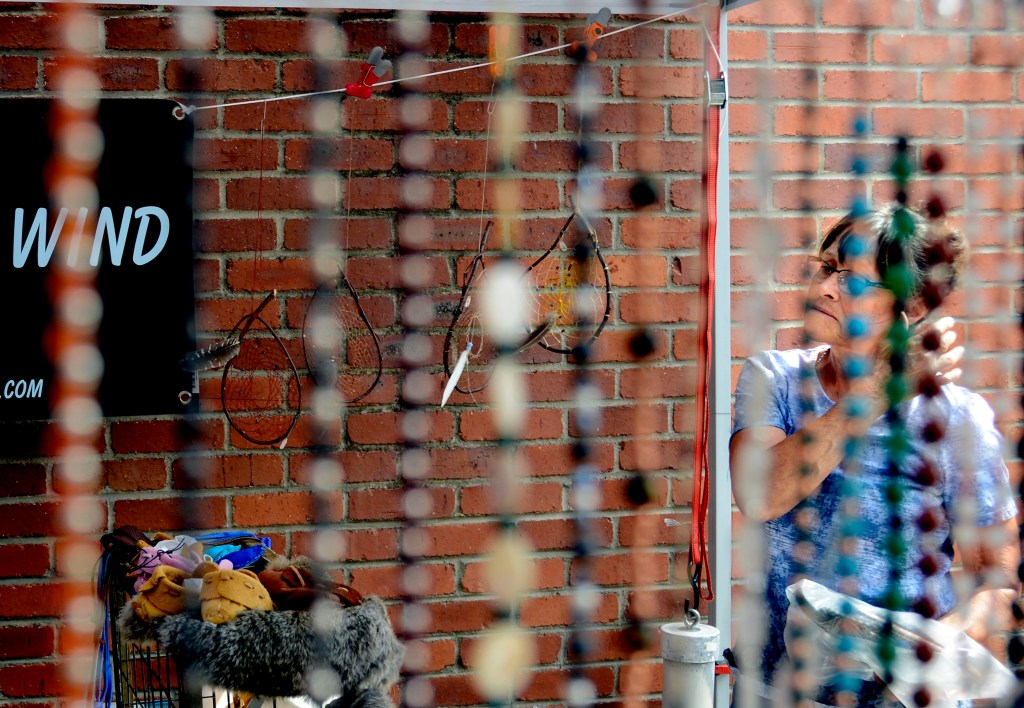 Summer on the Streets returns to Longmont with music, theater, artisans and films – Boulder Daily Camera

Summer on the Streets – the Firehouse Art Center’s ongoing free series that brilliantly blends art, music and theater – gave people a taste of summer festivities this spring, with the Art of Food Fest in May .

The full series kicks off on Saturday with an official summer date that promises fun for all ages and plenty of craft merchandise to purchase.

On Saturdays in downtown Longmont, the traveling theater truck of Colorado’s Butterfly Effect Theater and with it a new family production “Amelia’s Big Idea.” The play begins at 4 p.m. in front of the Longmont Town Public Library.

“I am thrilled to bring back the Butterfly Effect Theater traveling theater truck,” said Elaine Waterman, Executive Director of the Firehouse Art Center. “Last year was our first year to offer live theater on the truck, and it was a mystery how it would work. The Summer on the Streets event was one of their biggest to the time, and I hope we can repeat this success.

The feel-good musical centered around 10-year-old Amelia’s goal of bringing a dog park to her community is a creative collaboration written by Richie Cannaday, Edie Carey and Heather Beasley, who once helped plan ArtWalk before Firehouse acquired it in 2019.

“At a time when so many communities are politically divided, we decided to tell the story of people working together to achieve a common community goal,” said Beasley, Associate Artistic Director of BETC. “We wanted to tell a story that would appeal to young people who are interested in how things work.”

The mobile performance traveled to parks along the Front Range and last week even arrived in the NoBo Arts District for First Friday. Before Saturday’s Longmont performance, people can catch the play at 11 a.m. Friday at Echo Brewing and Pizzeria, 600 Briggs St., Erie.

“A lot of people can’t imagine life without their pets,” Beasley said. “Amelia’s best friend is her dog, Gadget. As Amelia discovers how Townville works, from the mayor’s office to the postal service to community centers, her goal is to create a better place to play Gadget. She learns to work with others to make Townville a better place for everyone.

With catchy tunes and a message of improving a city, the musical resonated with many.

“Audiences had a lot to say about ‘Amelia,'” Beasley said. “We ask families to share their own big ideas for their communities with us after each show. They shared ideas such as “Free Wi-Fi”, “a community garden”, “an outdoor temple for all religions”, “shaded playgrounds”, and our favorite – “a bigger children’s theatre”.

The heartwarming production is a welcome addition to Summer on the Streets.

“I personally love how the play focuses on how kids can make a difference in improving their community,” Waterman said. “The Fire Station is trying to make Longmont a more creative and better place, and we want to empower everyone to do that, especially our young people.”

Movie buffs can also look forward to a series of films. Saturday’s pick is “School of Rock,” featuring Jack Black. Other films include “Selena” on July 23 and “Ferris Bueller’s Day Off” on August 6.

Films will begin at dusk in the Longmont Public Library Pavilion. I Scream Colorado will serve hot corn.

“I’m also excited about our partnership with Longmont Public Media,” Waterman said. “They’re a space for media creation, and we thought the Outdoor Cinema and BOCO Filmmakers Showcase would be a great way to showcase different forms of media.”

Summer on the Streets also serves as a platform for a wide range of creatives to display their latest creations.

“This event is organized to enhance the culture of the region and create human connections,” said Boulder-based jeweler Nina Brandin. “I like that it’s a community event, not a huge commercial art show.”

Brandin will be bringing a bunch of his latest summer inventory to the streets on Saturday.

“I’m excited to see my new designs on people,” Brandin said. “I love seeing people interact with my work and the joy it brings. I look forward to seeing old friends again and meeting new ones. We have a vibrant community and I love being able to be part of it.

She has been busy in her workshop creating new models.

“Triangles have recently inspired my work,” Brandin said. “They have deep meaning in cultures around the world and are a powerful form. They are spiritually important in my life. I also recently tried something completely new and participated in the Plein Art Festival organized by Open Studios Boulder. I made some engravings of the Flatirons, on the spot, with a battery-powered Dremel tool. I didn’t know I could draw, so it was an enriching experience.

As part of Saturday’s festivities, musician Kevin Dooley will perform at the Firehouse Art Center. For the acoustic troubadour, the ride is child’s play.

“I love that it’s about six blocks from my house,” Dooley said.

Dooley has been to a number of Firehouse events before and still finds joy in participating in art-centric events.

“Entrants can expect mostly original songs and stories from my many CD projects,” Dooley said. “There’s a Celtic and blues feel to it, and I’ve been able to tour Ireland, Wales and Scotland, as well as all over the United States”

He can’t wait to debut new material on Saturday.

“I have three new tracks that I’m going to play that can’t be heard anywhere in the world other than the fire station that night,” Dooley said. “They were never released and are really in the final stages of finishing.”

Also during Saturday’s event, people can engage in art projects.

“Summer on the Streets was our answer to the question ‘how do we organize festivals during the pandemic? “Said Waterman. “We plan to bring back the chalk mural from Art of Food because it worked so well last time.”

For the full Summer on the Streets schedule, which runs Saturday through August 27, see firehouseart.org/summeronthestreets.

On September 10, ArtWalk on Main – a large-scale art event that includes more than 100 booths, six stages of live music, performances and activities – will return to Longmont.

Summer on the Streets returns to Longmont with music, theater, artisans and movies – Colorado Daily

GWAR – Fantastic Fest Features Screenings of Upcoming “This Is GWAR” Documentaries at Alamo Drafthouse; Group to appear during certain screenings

Summer on the Streets returns to Longmont with music, theater, artisans and film

Summer on the Streets returns to Longmont with music, theater, artisans and movies –…

The Supreme Court strikes down abortion: do cinema, music and theater avoid…