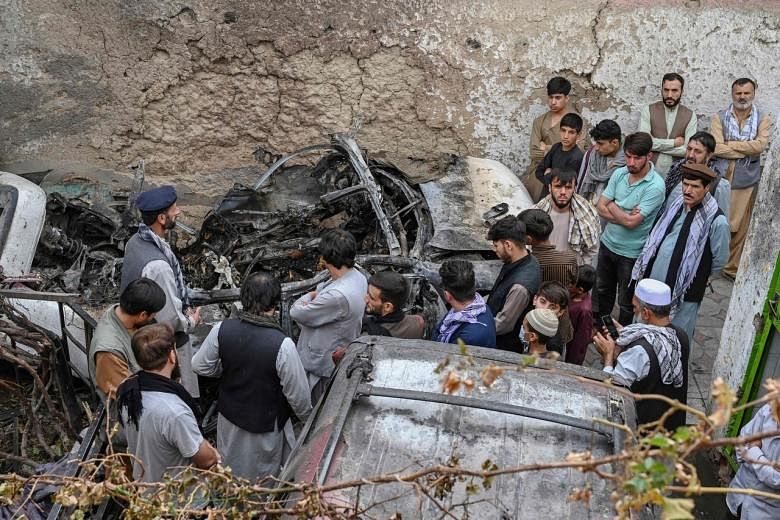 WASHINGTON (REUTERS) – A study by the RAND Corporation think tank released Thursday (January 27) blamed the US military for “significant weaknesses” and inconsistencies in its review of claims of civilian casualties.

The Pentagon has announced a major overhaul.

The US military is under scrutiny over its procedures for guarding against civilian casualties following a high-profile and misguided drone strike in Kabul on August 29 that killed 10 civilians, including seven children. .

Not only did the US military botch the targeting, but in the aftermath of the strike, the Pentagon’s assessment concluded that it had killed Islamic State militants plotting to bomb US troops.

RAND’s independent study, which was required by congressional legislation, concluded that systemic weaknesses in the Department of Defense (DoD) prevented it from meeting its civilian casualty obligations.

“The DoD is not sufficiently organized, trained, or equipped to meet its current responsibilities for dealing with civilian casualties,” the report concludes.

In conflicts, the US military often has limited access to targeted areas before or after strikes, relying on intelligence gathered remotely from sources such as drone surveillance and satellite imagery.

RAND has found that the U.S. military sometimes compounds this problem by not speaking adequately to people outside the U.S. government or armed forces who might have access to information in the field.

However, a 2018 Joint Chiefs of Staff review found that 58% of civilian casualties identified between 2015 and 2017 came from external sources, RAND said.

“We found that the DoD’s current approach to assessing, investigating, and responding to civilian casualties has significant weaknesses in key areas and is inconsistent across theaters,” the report said.

The report also noted that civilian casualty investigations often fall to junior personnel “who do not receive formal training”. Defense Secretary Lloyd Austin released a memorandum on Thursday calling for the creation of a plan on “mitigation and response” to civilian damage in the coming months and the creation of a center of excellence for the civil protection later this year.

A senior US defense official, briefing reporters on Austin’s decision, said incorporating information from sources outside the US government and US military would be key to reforms.

“We tend to rely heavily on what’s in our own data results, and I think we have to build a system and also expect other sources of information…to be integrated into it and have credibility,” the official said.