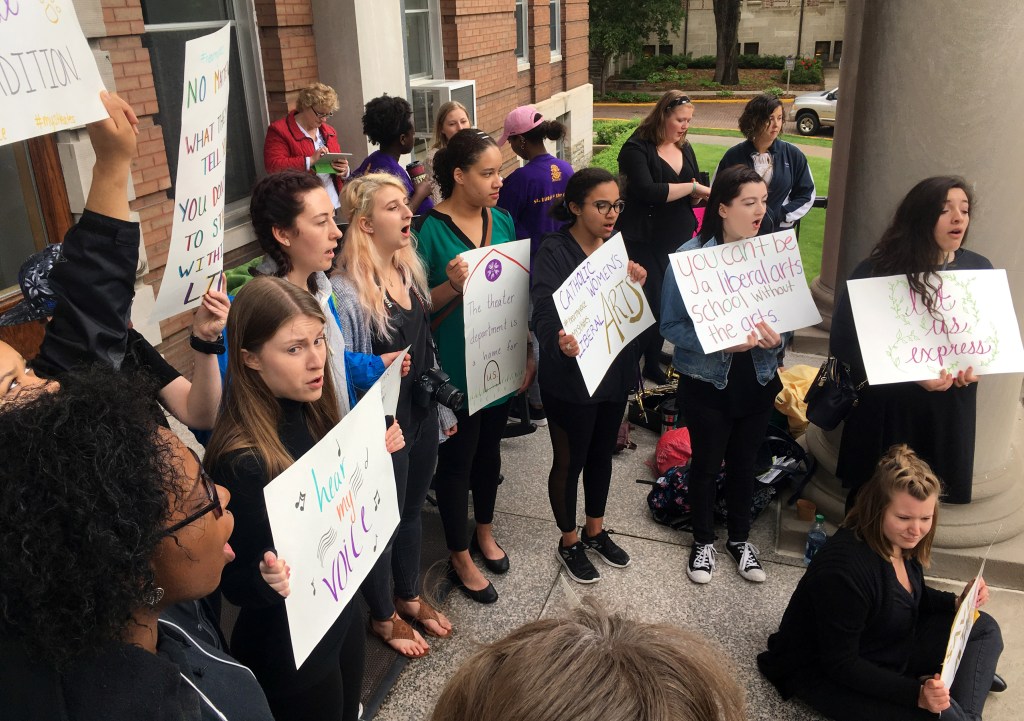 Sainte-Catherine University ends its graduate studies in music and theater after years of resuscitation.

The two majors have nine students combined, and three of them are graduating this month. Officials will see the other six until graduation, but no additional students will be admitted to the program.

â€œAs clear as this decision is, it is very difficult. You never want to see a major close, â€said Alan Silva, assistant vice president and dean of humanities, arts and sciences.

Silva said arts programs have struggled since before he became dean 10 years ago. In 2014, the school embarked on a two-year plan to better market music and theater while reducing costs and increasing revenues.

â€œThey just really didn’t produce the result for us,â€ he said. â€œWe just don’t have enough students in the program. “

Cutting off the majors, Silva said St. Kate’s would continue to have a music and drama department with professors teaching some of the more popular lower-level courses. And he still seeks to preserve some sort of choral performance or theatrical production, but with fewer opportunities than in the past.

â€œIt’s really about focusing on what we can do best with the highest quality in a very cost effective way,â€ he said.

As he spoke on Thursday, around 20 students stood outside the administration building, singing and reading testimonies about the value of music and theater programs. An online petition defending the arts in St. Kate’s has generated more than 1,000 signatures.

Shae Alcamo, a first-year music studies major who attended the Perpich Center for Arts Education for high school, admitted that it made “sense” to drop the majors. But she was troubled by conflicting statements from university leaders about the future of performance.

â€œThey didn’t give us a clear story and a clear plan,â€ she said.

The changes will affect many students beyond the six majors.

Ashlee Herring, a sophomore and fellow Perpich graduate, is majoring in English, Race, and Ethnicity with a minor in Feminist Studies. But she said the arts programs had “meant everything” to her.

â€œThese are essential parts of my identity here on campus,â€ she said.

Madelyn Douglas, a sophomore social work student from Andover, said she has made her closest friends in the arts and credited the stage performances with improving her grip. public speaking.

â€œIt has helped me so much to come out of my shell,â€ she said. â€œIt really has been one of the best parts of my college experience.

Review: The Phantom of the Opera at the Bass Concert Hall – Arts