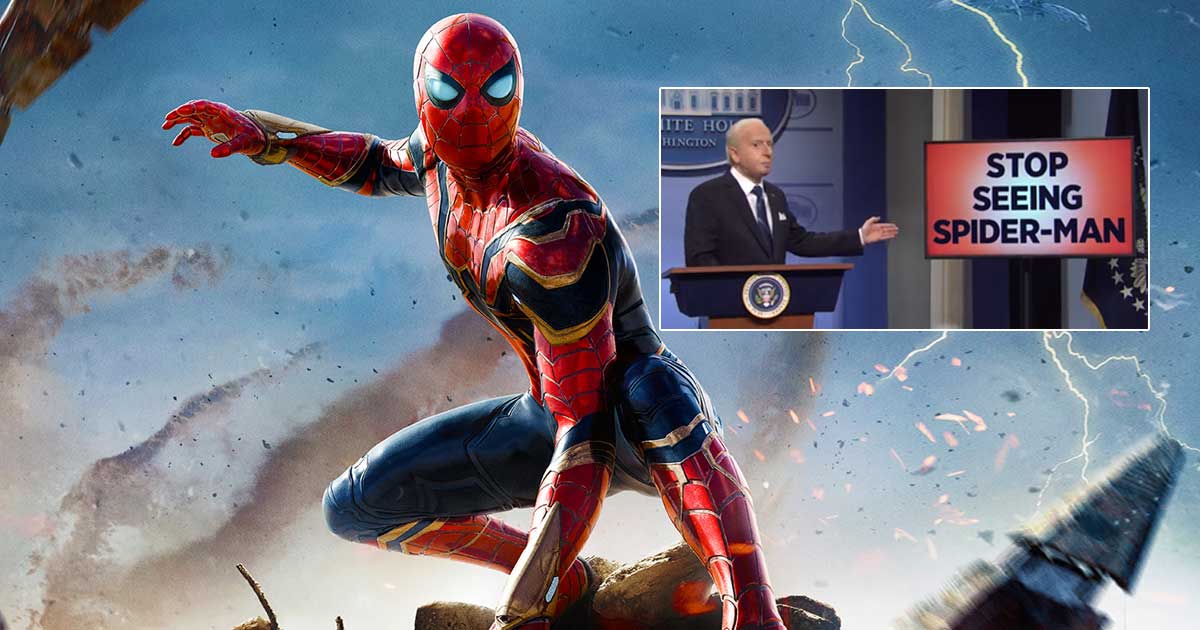 As COVID cases and its Omicron variant rise, Saturday Night Live blames Spider-Man: No Way Home for it. SNL is back after its holiday hiatus, and their latest sketch won’t sit well with Spidey fans. It’s been a month since Tom Holland’s star hit theaters around the world. The movie broke wonderful records and became the biggest movie of the pandemic era.

It has collected around $1.5 billion at the international box office, even though the world is still suffering from the coronavirus. People have flocked to movie theaters to watch Multiversal Magic, which stars former Spideys-Andrew Garfield and Tobey Maguire.

Additionally, Spider-Man: No Way Home also took the place of Avengers: Infinity War as the fifth highest-grossing film in the United States, as it garnered around $683,074,074 at the domestic box office. While that all sounds good and good, the folks at SNL think star Tom Holland is also the reason for the surge in COVID cases.

In their latest skit, SNL features James Austin Johnson’s Joe Biden, who took to the podium to address the issue and further ask people to stop watching the Tom Holland movie. “There’s one simple thing you can do to make this whole virus go away: Stop seeing Spider-Man (No Way Home),” Johnson’s Biden said in the sketch.

“Now think about it, when did Spider-Man come out?” He asked. “December 17. When did each person get omicron? The week after December 17. Stop seeing Spider-Man. That’s really all I have to say. An excerpt of it was shared on Twitter, and netizens reacted to the opening, with many expressing their disappointment after seeing the skit.

And now, a message from President Joe Biden. pic.twitter.com/Q8TglFNBlF

Spider-Man: No Way Home is still in theaters, and even though its box office numbers have dwindled over the weeks, it still shows no signs of stopping. The star of Tom Holland is missing a few million dollars to cross the 2 billion dollar mark at the global box office.

Must read: Tom Holland’s cameo as Spider-Man in Euphoria? This suggestion from the show is driving fans crazy!