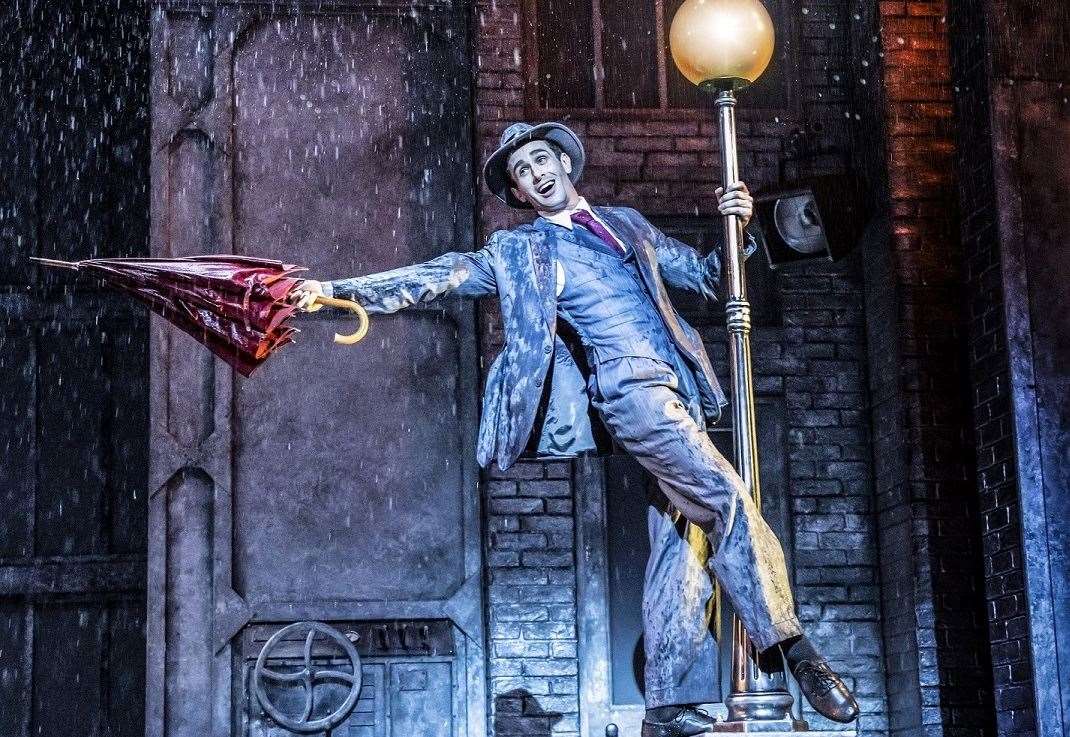 Singing in the rain at the Royal Concert Hall, Nottingham

There are uplifting musicals, and then there’s Singin’ In The Rain, which takes that feel-good factor to a whole new level.

There were smiles aplenty as the audience left Nottingham’s Royal Concert Hall, where the classic musical plays until Saturday.

This is good wholesome entertainment at its finest.

Based on the classic film of the same name, it focuses on two superstars of the silent film era – Don Lockwood and Lina Lamont.

With the advent of “talkies”, Don can easily make the transition – unlike Lina, who has the most awful voice.

To solve the problem and maintain the box office success, unknown actress Kathy Selden is asked to give her voice.

The cast is superb. Sam Lips and Charlotte Gooch were wonderful together as Don and Kathy, while Jenny Gaynor deserves huge credit for Lina and that voice, and Ross McLaren was full of energy as Don’s good friend Cosmo.

They sang and danced effortlessly through the musical’s timeless score, particularly Good Morning, Would You, Make ‘Em Laugh and, of course, Singin’ In The Rain with its world famous dance sequence.

As the song goes: ‘Singin’ in the rain, what a glorious feeling.’ And it’s so true.

He deserves all the praise he gets – just take your raincoats if you’re up front!

GET IT TOGETHER – NoHo Arts District

Summer on the Streets returns to Longmont with music, theater, artisans and films – Boulder Daily Camera