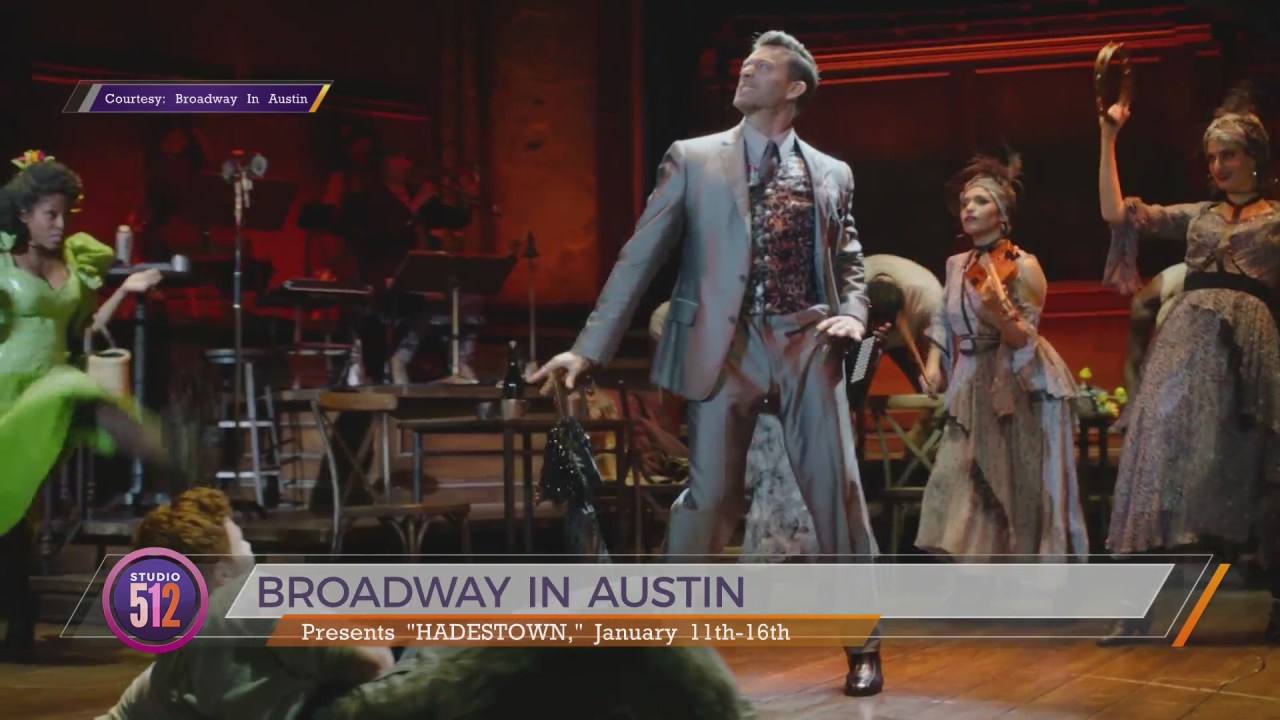 “HADESTOWN” is the most honored show of the 2018-19 season on Broadway. In addition to the show’s eight Tony AwardsÂ®, he received four Drama Desk Awards, six Outer Critics Circle Awards, including Outstanding New Broadway Musical, and the Drama League Award for Outstanding Production of a Musical.

The acclaimed new musical is from acclaimed singer-songwriter and Tony AwardÂ® winner Anais mitchell and developed with an innovative director and Tony AwardÂ® winner Rachel Chavkin. “HADESTOWN” marks the first time in more than a decade that a woman has been the solo writer of a musical: writing the music, the lyrics and the book, and it’s the fourth time in history of Broadway that a woman accomplishes this creative feat.

Producers Mara isaacs, Dale franzen, Hunter Arnold, and Tom kirdahy jointly said, â€œThroughout its development, ‘HADESTOWN’ has been deeply influenced by audiences around the world. We are delighted and honored to now share this beautiful story of hope, faith and rebirth – written and performed by two incredibly talented women and hosted by a diverse company of performers – with audiences across North America.

The show originated Mitchell’s independent theater project which toured Vermont, which she then turned into an acclaimed album. With his artistic collaborator Chavkin, “HADESTOWN” was transformed into a new genre-defying musical that mixes modern American folk music with New Orleans-inspired jazz to reinvent an ancient tale.

After two intertwined love stories – that of young dreamers Orpheus and Eurydice, and that of King Hades and his wife Persephone – “HADESTOWN” invites the public on a hellish journey into the underworld and vice versa. Mitchell’s haunting melodies and Chavkin’s poetic imagination pit industry against nature, doubt against faith, and fear against love. Performed by a dynamic ensemble of actors, dancers and singers, “HADESTOWN” offers a deeply resonant and hopeful theatrical experience.

The GrammyÂ® winner “HADESTOWN” The original Broadway Cast recording is now available on Hadestown.com/music. The album is produced by David Lai, Sickafoose and Mitchell on Sing It Again Records.

Starting at $ 35. Tickets are available on texasperformingarts.org and BroadwayinAustin.com, by phone at (512) 477-1444, or at the Texas Performing Arts box office at Bass Concert Hall. For groups of 10 or more, call (877) 275-3804 or email Austin.groups@broadwayacrossamerica.com

ANAÃS MITCHELL (Music, lyrics and book) is a Tony and Grammy Award-winning singer-songwriter whose recordings include the original studio album by Hadestown (2010), Young man in america (2012), Bonny Cavalier Light (2019, as Bonny Light Horseman) and Anais mitchell (2022). She was named to the TIME100 list of the world’s most influential people in 2020 and her first book Working on a song – Hadestown lyrics was published by Plume / Penguin the same year. She is featured on shows around the world and her music is regularly featured on “Best-Of” lists, including NPR, The Guardian and The Wall Street Journal. Hadestown is AnaÃ¯s’s first musical.

Texas Performing Arts prioritizes the health and safety of its guests, performers and staff. Changes have been made to sites and protocols developed by University of Texas medical experts in accordance with state laws for public organizations implemented. Health and security plans include improved air circulation and filtration, increased lobby space, contactless ticketing and transactions, increased cleaning and hand sanitizing stations at all sites. Masks are strongly recommended indoors regardless of vaccination status.

Texas Performing Arts is the Performing Arts Presentation Program at the University of Texas at Austin and operates campus venues including the Bass Concert Hall and the McCullough Theater. It is home to the Broadway in Austin series, a curated performing arts program and a host of comedy events and concerts. In calendar year 2019, Bass Concert Hall had the most tickets sold of any theater in Austin, was No. 2 in the state of Texas and No. 22 in the world, according to the publication of the Pollstar industry. Following a nationwide search, Tony Award-winning producer Bob Bursey was named executive director in January 2020.

Broadway Across America (BAA) is part of the John Gore Organization family of companies, which includes Broadway.com, The Broadway Channel, BroadwayBox.com and Group Sales Box Office. Led by 15-time Tony-winner theater producer John Gore (owner and CEO), BAA is the leading presenter of first-class touring productions in North America, operating in 45 markets with over 400,000 subscribers. Presentations include Disney’s The Lion King, Bad, The Book of Mormon, The Phantom of the Opera and Hamilton. Current and past productions include Is not too proud, Beautiful Cats, Chicago, Dear Evan Hansen, Bad girls, Red Mill! and Kill a mockingbird. For more information, please visit BroadwayAcrossAmerica.com and Broadway.com. Broadway Across America provides production services for Texas Performing Arts. Sales tax exempt in accordance with Section 151.3101 (a) (3) of the Texas Tax Code.

Tickets on sale for Tom Papa at Sheldon Concert Hall