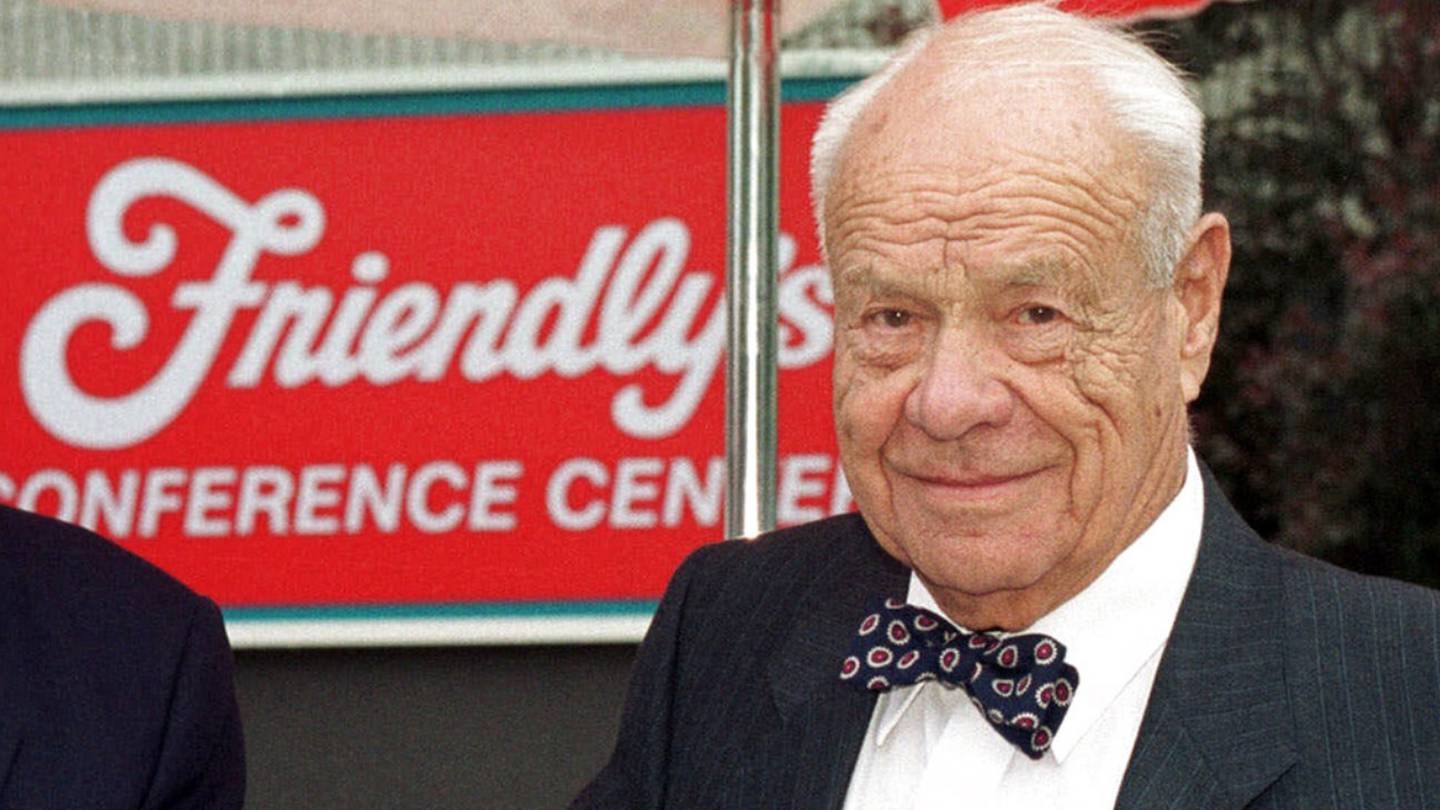 The cause of death was gastric blockage, said his wife, Helen Blake. The Washington Post.

“He lived a full life, until the end, I can assure you of that,” said his niece, Holly Schroeder. The Associated Press.

Blake and his younger brother, Curtis Blake, borrowed $547 from their parents and founded the first Friendly Ice Cream store in the summer of 1935 in Springfield, Massachusetts, The New York Times reported.

The brothers charged a nickel for two scoops of ice cream, half the price of their competitors, the Time reported. The shop was an instant hit. On their first night in business, according to the Springfield Republican, the line at the door kept the store open until midnight and the brothers sold 552 cones.

In 1940, the brothers opened a second store in West Springfield, Massachusetts, adding coffee, hamburgers and grilled cheese sandwiches to the menu, the Job reported.

“We avoided debt like the plague, fueling almost all of our growth through profits,” “Pres” Blake wrote in his 2011 autobiography, “A Friendly Life.” “On rare occasions, when we borrowed, we repaid our loans as quickly as possible. If that meant we grew more slowly than we otherwise would have, that was fine with us.

In 1951, the Blakes had 10 restaurants in Massachusetts and Connecticut, according to the Company Website. In 1974, there were 500 locations in New England and the Mid-Atlantic.

The brothers sold the company to Hershey Foods in 1979 for $164 million, according to the Time. Hershey sold the chain in 1988 to the Tennessee Restaurant Company, which simplified the chain’s name to Friendly’s, the newspaper reported. The company’s shares went public in 1997.

In 2000, Pres Blake, unhappy with Friendly’s management and its falling stock price, bought a 12% stake in the company for $2 million to become its largest shareholder, the Time reported.

“I did it to get attention,” he told the Time in 2001. “When you become a major shareholder, it gets attention pretty quickly.”

NMH has lost one of its strongest supporters. S. Prestley “Pres” Blake ’34, co-founder of Friendly’s Ice Cream and NMH’s longest-serving alumnus, died Feb. 11 at the astonishing age of 106. Pres personified the spirit of enterprise and hard work at NMH. Read more: https://t.co/MOQGyyQyOd pic.twitter.com/YCI8UXuDO1

Pres Blake then sued company CEO Donald Smith for what he alleged was improper personal use of a company jet.

Friendly’s board found no wrongdoing and a subsidiary of Sun Capital Partners, a private investment firm, bought Friendly’s in 2007 for $337 million, the Job reported.

Friendly’s went through bankruptcy proceedings in 2011 and 2020. Last month, Friendly’s and its remaining 130 locations were sold to Amici Partners Group for $1.9 million, according to the Job.

After selling Friendly’s in 1979, Pres Blake traveled the world by sailboat and Concord jet, the Time reported. He also made a cameo as a driver in the 1970 film, “Tell Me You Love Me, Junie Moon” which starred Liza Minelli.

Pres Blake celebrated its 100th anniversary in 2014 by building a modernized replica of MonticelloThomas Jefferson’s Virginia Plantation in Somers, Connecticut, the newspaper reported.

“I started small, worked hard, and succeeded beyond my wildest dreams,” Pres Blake wrote in his autobiography. “I came out of the ice cream sector and was sitting until I had to get off the couch and go back into the fray. This battle is over. I’m 96 and officially retired. Maybe.”