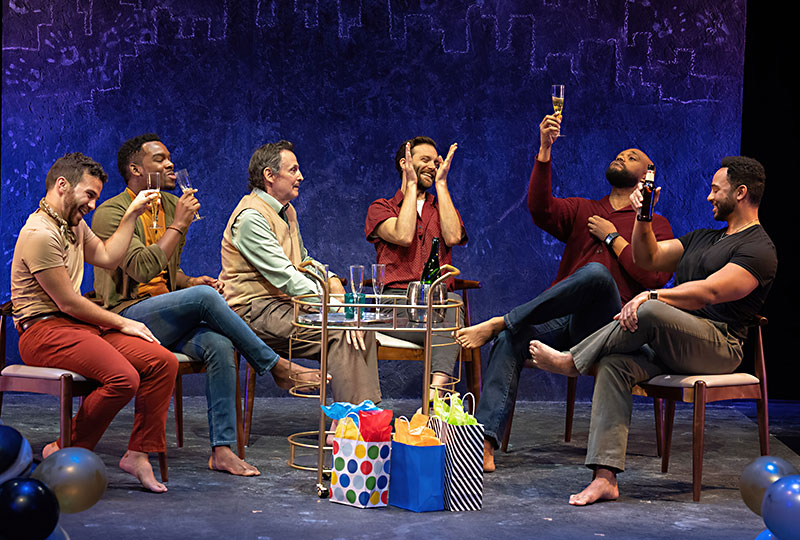 The legacy, part 1 is wonderful. It’s the kind of stunner that leaves you so giddy with Matthew Lopez’s superbly crafted screenplay, director Dave Steakley’s haunting production, and stellar performances from the entire ensemble that it takes a conscious act of determination. to stop watching and start clapping at the end. a spectacle. It’s the kind of stunner that even after more than three hours of watching, you can’t wait to watch even more than three hours when The Legacy Part 2 opens September 14.

by Jonathan Larson Leaseby Tony Kushner Angels in Americaand Larry Kramer The normal heart give a human face and voice to the horrors of the AIDS epidemic of the 1980s/1990s. Lopez’s 2020 Tony Award-winning portrayal of gay life in the 21st century reflects a relatively golden era of unfinished sexual identity, marriage equality, broader cultural representation and treatable HIV. At stake – and this is the central premise of this play – is whether the current generation of young gay men understands or will forget what so much progress cost their ancestors. “If we can’t have a conversation about our past,” says Eric Glass (an utterly captivating Christopher Joel Onken), the better half of the 30-something couple this piece revolves around, “then what will our future be?” ”

The legacy is this conversation. To help tell the story of the past and facilitate the telling of this generation’s own story, Lopez imbues this work with a magical realism, where fantastical elements seamlessly surface in the world of this piece as if they were normative. Most of the characters are barefoot, a subtle indicator of their immersion in this other world and a free pass to engage in storytelling far removed from more traditional theater tropes.

Designers Josafath Reynoso (stage) and Austin Brown (lighting) create a physical world consisting of a bare, raised slate platform, which becomes different locations with the introduction of a carpet, some furniture, and adjusted lighting. There is also a slate wall at the back of the stage on which chalk drawings reveal simple iconic images of the stage being played. The ensemble members take on multiple roles with no effort at concealment, but they mostly form a Greek chorus of friends who walk in and out of the stages to offer commentary, hand-deliver props, and provide eye candy for the Hard-bodied Armani Exchange model (suit design by Aaron Kubacak). Everything is magic realism. And good genes.

This creative convention allows for the occasional materialization of long-dead author EM Forster (a wonderfully eccentric and enigmatic Peter Frechette, who also plays Walter Poole, an older, unassuming friend of Eric’s, with equal aplomb). Forster’s 1910 novel End Howards – which explored the rigid social structure and codes of conduct of Edwardian England at a moral crossroads – provides the operational foundation for this play and the inspiration for many of its star characters. Reading this novel will most certainly add another layer of appreciation for this piece but, as is the case with listening to Puccini’s 1896 opera Bohemian before seeing Leaseit is by no means a necessity.

Forster serves as a spiritual guide to these modern New Yorkers and, as a writer himself, humorously cleans up and rewrites some of Lopez’s dialogue, especially that spoken by the mischievous, self-absorbed and less eloquent other half of Eric, Toby (an abundantly charming Jake Roberson). In Forster’s presence, other characters in the play often refer to themselves in third person, as if they were characters in a play, and narrate their own actions, which is intriguing. In Forster’s absence, shrewd political and cultural debates weave their way through more amusing conversations about, say, the enduring value of camp as a part of gay sensibility.

It’s easy to see why this piece was a Tony-worthy undertaking. It’s awesome. But in this performance, the good folks at Zach Theater brought up The legacy, part 1 to something really amazing.

One World Universe Inc. is pleased to announce that MVP is finally on the goal line

13 things to do around Austin in September