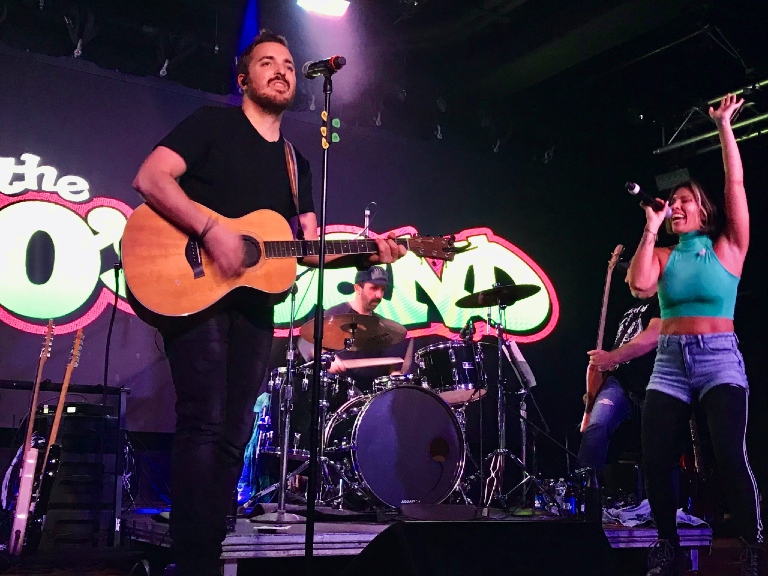 The band of the 90s. Photo credit: Markos Papadatos

On November 12, The 90’s Band performed at Mulcahy’s Pub and Concert Hall in Wantagh on Long Island, where their show was a mix of 90s and 2000s classics. Digital Journal has the recap.

They kicked off their high-adrenaline set with Pink’s “Semi-Charmed Life” and “Raise Your Glass” and immediately burst into Avril Lavigne’s “Sk8er Boi.” Singer Phil and singer Bianca alternated lead vocals throughout the night.

With Dan DelVecchio on lead guitar, they nailed “Stacy’s Mom” ​​from Fountains of Wayne. They upped the tempo with “I Want You To Want Me” and they did rock queen Melissa Etheridge justice with a soaring version of “Come To My Window.”

It was a treat to hear Phil sing “Mr. Jones,” and of course, no 90s set is complete without Sublime’s “Santeria.” They added Nirvana’s “Smells Like Teen Spirit” into the mix and “Zombie” by The Cranberries, which is the journalist’s all-time favorite song of this decade, lyrically, sound-wise and vocally.

Bianca showcased some angst on Alanis Morissette’s “You Oughta Know,” and she even sang country-pop with “Man!” by Shania Twain. I feel like a woman.”

All in all, it was a great night of 90s and 00s music, and The 90’s Band is worth catching live whenever they play in town. We will not be disappointed. Their set earned two thumbs up.

To learn more about The 90’s Band, check out their official website.