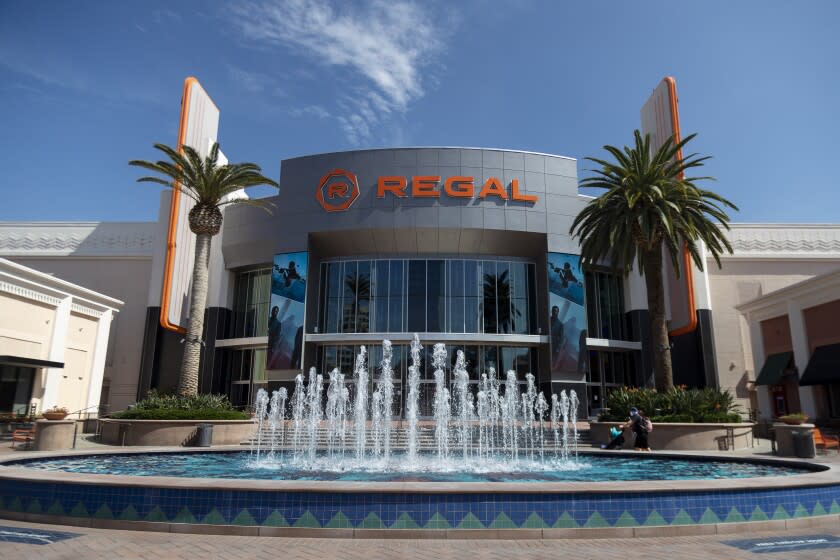 The London-based firm said on Wednesday that the company and its subsidiaries have commenced legal proceedings in the US Bankruptcy Court for the Southern District of Texas in an attempt to reduce its debts. During its restructuring, the company said it plans to continue business as usual, with vendors, suppliers and employees being paid as usual, the group said in a statement.

“The pandemic has been an incredibly difficult time for our business, with the forced closure of cinemas and huge disruptions to movie schedules getting us to this point,” said Cineworld chief executive Mooky Greidinger. “This latest process is part of our ongoing efforts to strengthen our financial position and targets deleveraging that will create a more resilient capital structure and an efficient business.”

Cineworld previously reported that it was exploring strategic options to deal with its substantial debt load as a promising start to the all-important summer movie season gave way to dramatically declining box office returns.

The group said in a statement that it entered Chapter 11 proceedings with approximately $1.94 billion in new financing from existing lenders to ensure its continued operations during the reorganization. The company has warned again that its debt restructuring will result in the “very significant dilution” of its existing shareholders and that those shareholders could be wiped out.

He said he expected his shares to continue trading on the London Stock Exchange.

Cineworld plans to present a reorganization plan to the court and exit Chapter 11 in 2023, he said.

Part of his plan is to renegotiate the cinema’s rental terms with its US owners, he said.

Hollywood productions such as ‘Top Gun: Maverick’, ‘Jurassic World Dominion’ and ‘Minions: The Rise of Gru’ have brought throngs of patrons back to cinemas, giving the industry a much-needed boost of confidence.

But lately, theater owners haven’t had much to celebrate.

There are few, if any, great all-ages films coming from movie studios until October’s release of “Black Adam,” starring Dwayne Johnson as a DC Comics antihero. Several factors contributed to the thin release schedule, including COVID-19 production delays, a stall of unfinished films in visual effects houses, and the transition of many films to streaming services.

Theater owners have been hit hard by the pandemic, when government regulations forced movie theaters to close for months.

And Cineworld was facing a heavy debt load. The company reported net debt of $8.9 billion as of December 31, or about $5 billion excluding lease debt. The company posted revenue of $1.8 billion last year, down from $4.4 billion in 2019, the year before the global public health crisis hit, regulatory filings show.

Cineworld said Aug. 17 that it was in “active discussions” with stakeholders to explore options for finding cash or restructuring its balance sheet.

“Despite a gradual recovery in demand since reopening in April 2021, recent admission levels have been below expectations,” the UK company said in its written statement at the time. “These lower admissions levels are due to a limited film slate which is expected to continue through November 2022 and is expected to negatively impact trading and the group’s liquidity position in the near term.”

Cineworld is not the first cinema operator to seek bankruptcy protection since the pandemic, but it is the largest to do so.

Pacific Theaters and ArcLight Cinemas filed for Chapter 7 bankruptcy last year to liquidate the holdings. Leases of former ArcLight and Pacific theaters have been taken over by larger chains – including Regal, which took the ArcLight from the Sherman Oaks Galleria last year.

The aftermath of the pandemic has disturbed moviegoers in Los Angeles, the cinema capital of the world. Laemmle Theaters relinquished the lease of its Playhouse 7 location in Pasadena, which was taken over by Landmark Theatres. Famous film destinations, the Cinerama Dome in Hollywood and the Vista Theater in Los Feliz, have been closed since March 2020 but are expected to reopen eventually.

Regal Cinemas was founded in 1989 in Knoxville, Tennessee, and rode a wave of megaplex and multiplex construction in the 1990s.

As the industry faced a glut of giant theaters after years of overdevelopment, Regal declared bankruptcy in 2001 amid a wave of consolidation in the exhibition industry. Regal completed its Chapter 11 reorganization and emerged from bankruptcy in 2002 under the ownership of a group of investors led by billionaire Philip Anschutz.

This story originally appeared in the Los Angeles Times.

The Performing Arts Center dives into a new season full of music, theater and dance from around the world