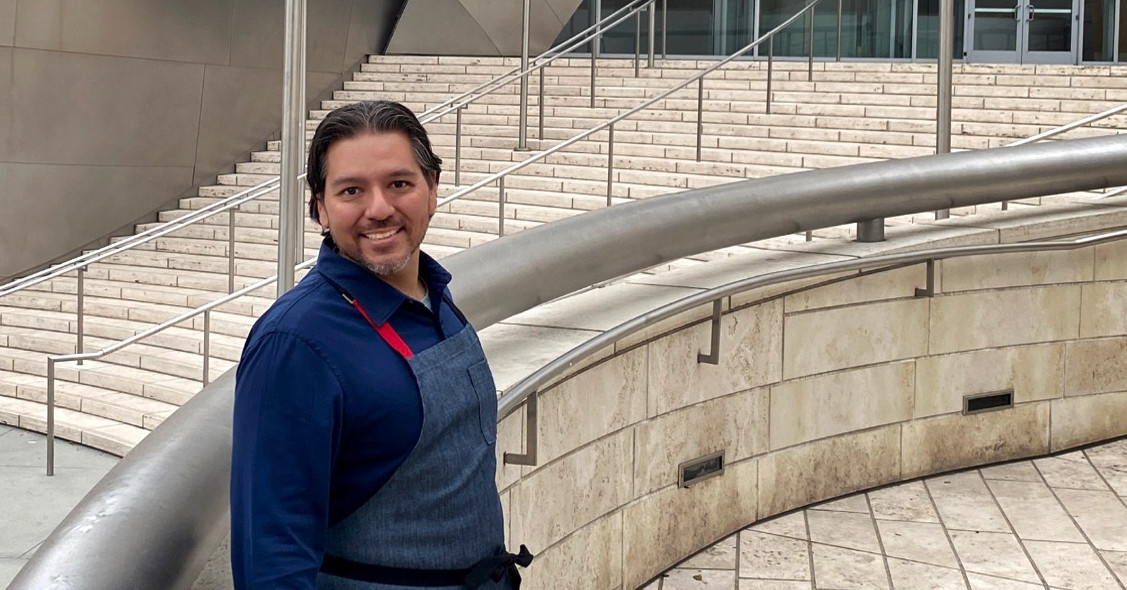 According to Garcia, Asterid – named after the largest group of flowering plants – is not Broken Spanish 2.0. Diners familiar with its old, broken Spanish style will recognize one dish, but the remaining 22 menu items point in a completely different direction. He says Asterid is starting from scratch in terms of food. “We don’t even have corn tortillas on the menu, no masa,” says Garcia. “I try to make every dish not go back to what we are used to.”

Although the menu is still in development, a few are already established, such as his version of a beef tartare with black truffle, Kaluga caviar and crème fraîche. There’s also a large plate of lamb shank with charred eggplant mash, hot flatbread and pickled chilies.

Belzberg Architects designed the Asterid space as well as the expanded wraparound patio that forms part of the entrance. The outdoor space features two easily visible iconic viewpoints: the Broad on the left and the Walt Disney Concert Hall on the right. The lounge and bar have a direct view of the kitchen, with bar manager and former broken Spanish veteran Chris Chernock at the drinks bar. Drink details are light at this time, but Chernock’s menu will include classic cocktails, including mocktails, a selection of local beers and wines to match Garcia’s menu. There will be small bites to pair with drinks like Jerusalem artichoke potato rosti or a cashew muhammara with warm pita bread.

When chef Ray Garcia closed Broken Spanish in mid-2020, he held a regular residency/pop-up at Neuehouse Hollywood throughout 2021, while opening ¡Viva! at Resorts World in Las Vegas last July.

Although his restaurants Broken Spanish and BS Taqueria have influenced LA cuisine, he relishes his next steps with Asterid (which the owners prefer to style with a lowercase “a”). “The broken Spanish was one side of my brain and it’s kind of the other, and it’s a higher connection of Angeleno’s identity,” Garcia explains.

Featured / Quote of the week – News