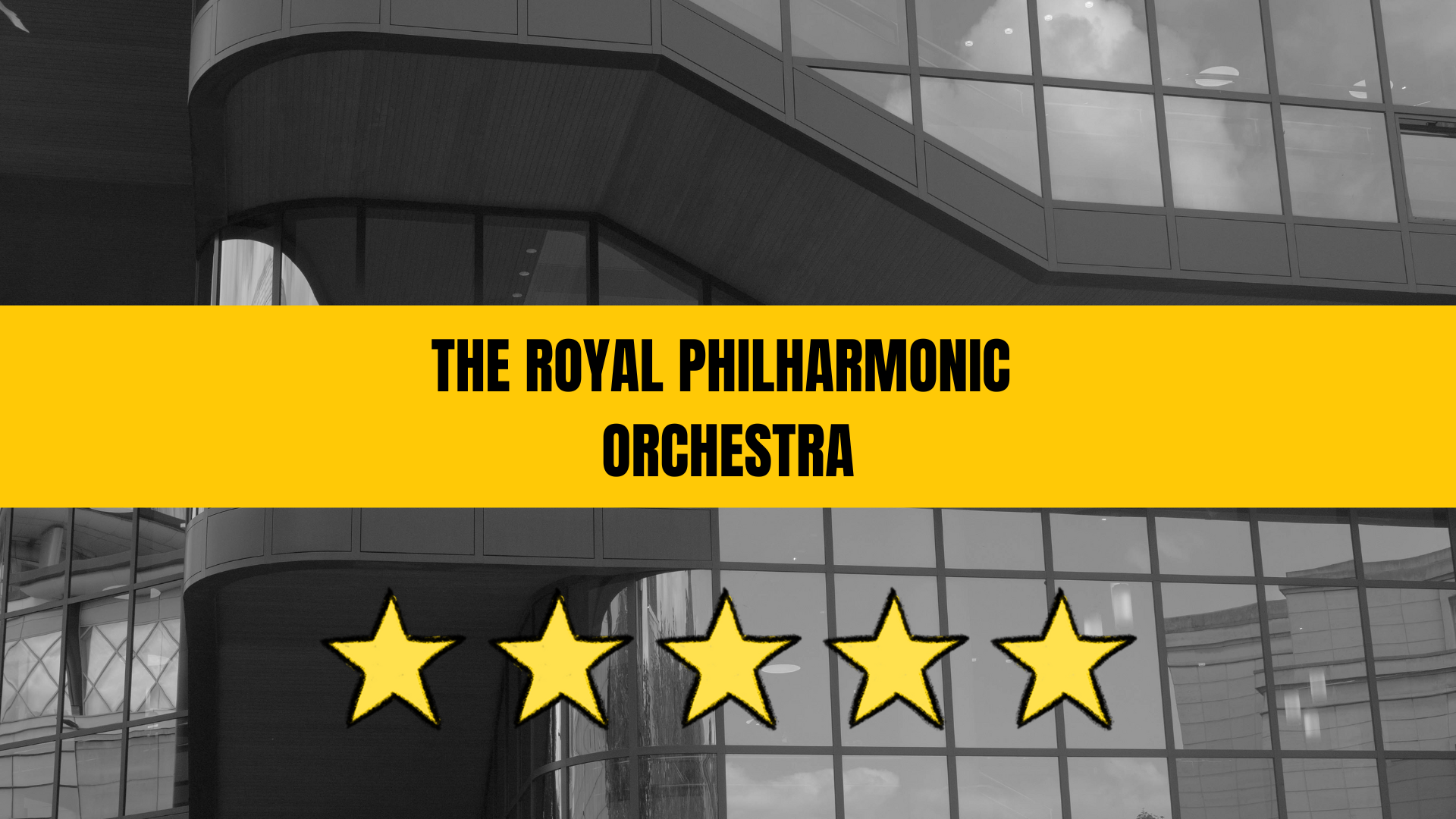 The Royal Philharmonic Orchestra is a world renowned and highly prestigious orchestra based in London. It is the UK’s busiest orchestra and performs around 200 concerts each season, with a global audience of half a million. Founded in 1946 by Thomas Beecham, the orchestra is known for its wide and stimulating repertoire, ranging from classical music to film and television soundtracks. Friday 29e In April 2022 the orchestra performed a one night only concert at the Royal Concert Hall in Nottingham. Hannah Walton-Hughes attended and did reviews.

As one of the most renowned orchestras in the world, I entered the expansive and acoustically friendly Royal Concert Hall with high expectations. What I didn’t expect was that those expectations would be exceeded beyond anything I could have imagined. Throughout the entirety of this concert, I cannot point out a single fault of any musician, nor even of the conductor.

The best way to describe this orchestra is like a real living body. Accomplished conductor Vasily Petrenko was at the very heart of the orchestra, keeping the beat. Each of the sections was made up of individual members moving as one; this was especially noticeable in the string section. As a musician, I have attended a good number of orchestral concerts, but never have I seen a conductor so precise, absorbed and attentive to each instrument. Musicality has been taken to a whole new level.

The concert began with the memorable Opening of the Johannesburg Festival, composed by William Walton. The piece’s main tune and its undertones were maintained by the expansive string section, while the woodwinds and brass received surprising entries and interjections. One of my favorite things about this concert was that all sections received equal input and recognition. Too often I have attended concerts where the pieces were dominated by the strings, with the clarinets, in particular, seemingly there to simply fill in the harmonies. Solos were heard from almost every section, even the shimmering harp in the corner.

Crisp, lighthearted, laid back and cheeky are words I would use to describe the open opening. The dialogue between sections of the orchestra was particularly present here, and the moments of tension within the piece were built with soaring dynamics and crashing cymbals! Without overshadowing the rest of the orchestra, the percussion section was used, the maracas creating an interesting counter-melody in the last part of this piece.

With its surprisingly abrupt ending and startling final dissonance, Walton’s piece was the perfect choice to put the audience on the edge of their seats and ready for the rest of the concert.

There was a short break after the first track, where the orchestra members helped bring a beautiful Steinway piano up on stage, in preparation for the three movements. Piano Concerto No. 5 “Emperor”, by the great Ludwig van Beethoven. The incredibly difficult piano part was played that night by Boris Giltburg, a famous Israeli pianist, who has graced so many of the world’s most prestigious venues with his beautiful music. I had the chance to have my program signed by him during the intermission.

I was completely blown away by this piece; Giltburg’s skillful finger work and attention to detail was astonishing. Most of the time, he didn’t even have to take a look at his music, which allowed him to become deeply and emotionally invested in what he was playing; you could see it in his facial expressions. While the orchestra had just as much to do as the pianist, the solos that interspersed the piece were memorable to say the least, the entire audience and orchestra were transfixed when Giltburg played.

A perfect combination of dialogue and unison between the orchestra and the piano featured in this piece, the two often playing similar nuances, but totally separate melodies. Gradual chord progressions on the piano were followed by rapid scales, and obscure chords played by both orchestra and piano lent themselves to rich texture.

That’s not to say there weren’t lighter sections. At one point, the piano sounded so soft and delicate it seemed almost fairy-like, and the room echoed dance music at various stages. Particularly in the last movement of the piece, the almost ‘call and response’ structure between the orchestra and the piano meant that, for me, as an audience member, it was as if they were each attractive the other to play. Finally, I have to mention the unexpected ending; the piano died out so much that I was sure the piece was over. However, a massive piano crescendo proved that Giltburg still had a few more bars in it!

This was followed by a nice surprise. A short impromptu Giltburg piece, performed after the tumultuous applause for him had died down. The notes simply argued and the silent absorption of the music was so great that I was convinced the entire audience was holding their breath.

This piece had a deep meaning and reflection attached to it

Finally, and by Nope means less, was Vaughen Williams’ “A London Symphony”, an epic piece lasting more than an hour and a quarter, and consisting of four very varied movements. This piece had a deep meaning and reflection attached to it, with such a low and eerie beginning, it almost sounded like the instruments were whispering to each other. The dissonance (especially in the final movement) was accentuated by the strong percussion section, and the constant overlapping of instruments led to a gradual increase in dynamics and tension.

An anomaly in this piece was the third movement, which was noticeably more bubbly and upbeat. The room seemed to move forward, with an urgency that hadn’t existed before. The fourth movement shifted to a more regal tone, with the harp playing a clock chime sound towards the end. The whole piece ended with a kind of hum, and the conductor had us listen for a few seconds after the silence fell. Then the room burst into applause that went on and on.

As I walked out of the concert hall, the streets were packed with people my age heading to Rock City or Ocean, for a rowdy Friday night. But for me, my evening was ten times better! Anyone who hasn’t been there has missed out on a real treat, and I implore everyone to see the Royal Philharmonic Orchestra at least once in their lifetime. The energy, control and emotion maintained by the conductor and the musicians are astounding; they live the music they play, and we, as spectators, live it with them.

There’s something incredibly special to get out of an orchestra concert, which you don’t get anywhere else, and I want to personally thank every musician in the orchestra, Vasily Petrenko and Boris Giltburg, for giving such a unique and memorable evening experience. I will never forget him.

Image courtesy of Alex Watkin. Permission to use granted to Impact. No changes have been made to this image.

Images in the article courtesy of @rpoonline via @instagram.com. No changes have been made to this image.