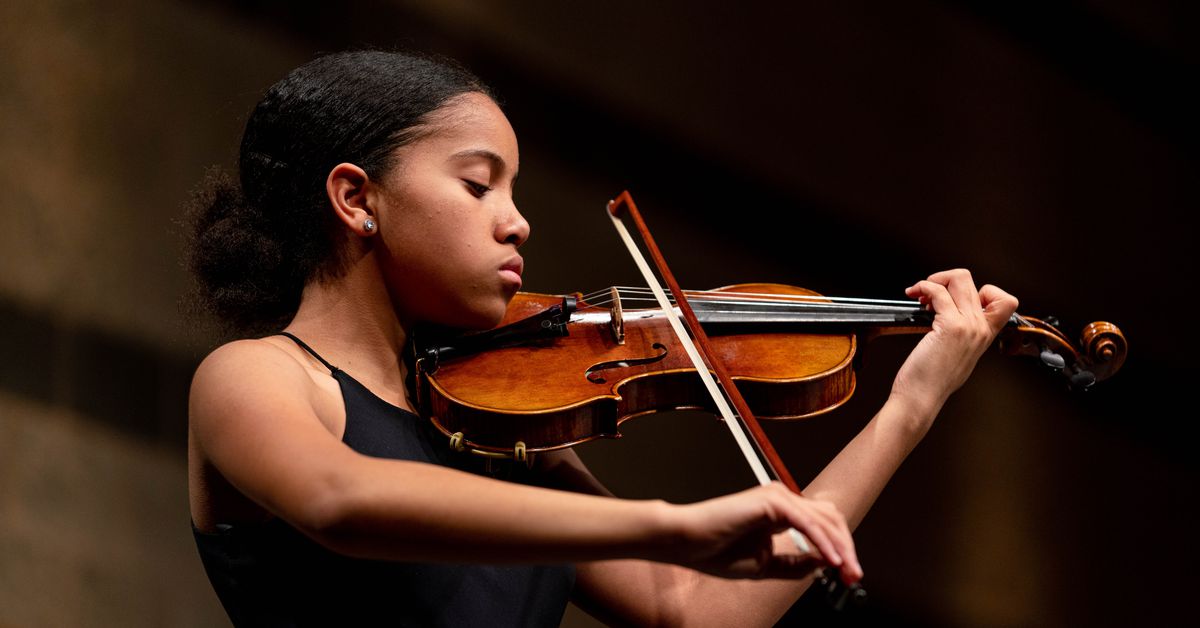 Despite attempts to increase the numbers in recent decades, the share of African-American and Latino musicians in American orchestras remained at just 2.5% in 2014, according to the most recent statistics available in a 2016 report. published by the League of American Orchestras.

The Catalyst Fund, a three-year, $ 2.1 million program launched in 2019 by the National Support Organization, is designed to help its members identify, confront and ultimately correct what Jesse Rosen, President and CEO of the League leadership, called “integrated” systems of inequity.

In early June, the League announced a second round of Catalyst grants ranging from $ 12,000 to $ 25,000 each to 28 orchestras, including the Chicago Sinfonietta, which was founded in 1987 with diversity at the forefront of its mission.

Although these allowances were largely finalized on May 25 when George Floyd died in custody in Minneapolis, Rosen said, the resulting protests around the world have further highlighted the “stance on racism.” of the domain.

â€œI think we are realizing the reality,â€ he said, â€œthat orchestras have been really accomplices for a long time and we haven’t been honest about the role we have played in the past and we haven’t really tended to explore and understand how to change and how to participate constructively in the fair and anti-racist way of doing business.

Riccardo Muti, Music Director of the Chicago Symphony Orchestra, watched the Black Lives Matter protests from his home in Italy and recently expressed similar sentiments to The Associated Press. â€œMy dream would be to have a lot more African Americans in orchestras, choirs and audiences,â€ he said. â€œBut it was also our fault, for giving the impression that our musical culture is an elite culture, a culture of superior people, of very refined people. This is not true. We need to open up, as we did and will continue to do in Chicago. “

Adrienne Thompson, who heads the Chicago Musical Pathways Initiative, which works for greater diversity in orchestras, praised Muti for speaking out and for what he has already done to promote inclusion, such as his work with the African-American network of the Chicago Symphony. But she said more was needed.

â€œThere may be ideas in your head,â€ said Thompson, â€œbut when you talk about them and they’re made public, it really means you start to move into an action phase. It also means that people can start to hold you accountable for your words.

The New York-based Andrew W. Mellon Foundation (with additional support from the Paul M. Angell Family Foundation) funded the Catalyst Fund. Additionally, he has donated around $ 18 million since 2015 to support a range of programs across the country to help 6e Grade 12 music students from traditionally under-represented backgrounds.

Among them is the Chicago Music Trails Initiative, which was established in 2018 with a grant of $ 3.5 million over three years. It involves a consortium of regional organizations, including the Merit School of Music, the Chicago Youth Symphony Orchestras, and the Chicago High School for the Arts.

â€œInstead of working with musicians after they finish their training at the conservatory,â€ Thompson said, â€œ[the Mellon Foundation leaders] are oriented towards offering opportunities to pre-conservatory students, to help them enter schools.

Money is provided for things like private education, summer crash courses, and the purchase of a suitable instrument – pretty much anything a serious student would need on their way to a musical career.

â€œIt’s not a question of talent. This is an access issue, â€said Susan Feder, Mellon Foundation program officer.

About fifty students from the region of 6e at 12e were chosen for the 2019-2020 class, with a diversity that reflects Chicago – 44% African Americans, 40% Latinx, 10% Southeast Asia, and 6% South Asia. This year’s seven graduates have secured places in music schools, including such prestigious institutions as the Curtis Institute of Music in Philadelphia. (Applications are accepted until July 3 for 2020-21.)

It could take 10 years or more to see the full impact of the Pathways program, but Thompson said the idea is to create a “critical mass” of well-educated students who enter top-notch conservatories and become candidates for the Pathways program. choice for orchestral positions. â€œNot all of them can be turned down,â€ she said.

American orchestras have tried approaches such as scholarship programs to increase the ranks of musicians of color, but a League study following a 2015 summons on equity, inclusion and diversity showed that participants did not always feel comfortable or supported, and they often did not see any career the way forward.

It became evident that broader changes were needed within orchestras. The Catalyst Fund is therefore intended to focus on the inside and help musicians, staff and board members understand and address potential discriminatory beliefs and structures within their organizations.

The League does not commit to reaching a specific percentage of African-American and Latino musicians in future orchestral ranks. Instead, success will be defined by achieving what Rosen called “genuine engagement” with these issues. â€œWe’re more concerned right now with behavior than digital goals,â€ he said.

He cited the San Francisco Symphony, one of the first recipients of the Catalyst Fund. As part of the “difficult conversations” he had, the orchestra reorganized its recruiting, which included job offers with no posted wages, a practice known to harm people of color.

Unlike most other members of the League of American Orchestras, at least a third of the musicians, staff and board of the Chicago Sinfonietta are people of color, said Blake-Anthony Johnson, who has taken over the leadership. of the Chicago Orchestra in May. . â€œIt makes us quite unique,â€ â€‹â€‹he said.

Equity, diversity and inclusion are “very much in the DNA” of the organization, he said, and this second Catalyst grant will help reinforce those beliefs and ensure they are a “Common language” among volunteers and all those with a connection to the organization.

â€œEvery time you get recognition from the League of American Orchestras,â€ said Chicago Sinfonietta Music Director Mei-Ann Chen, whose contract was extended in May through the 2023-24 season, â€œit’s is a national validation of the work we do. and it is always welcome. Our work has been pioneering in terms of national diversity efforts in our country for symphony orchestras.

The best entertainment stories, must-see features and reviews, sent to you weekly.