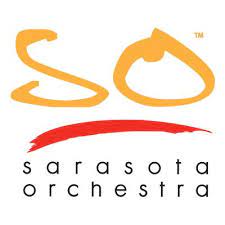 In bittersweet news for the city of Sarasota, the Sarasota Orchestra has announced that it is moving outside the city limits, east on Fruitville Road, closer to the I-75 corridor.

Sarasota Orchestra President and CEO Joseph McKenna said the proximity to I-75 will expand its regional capacity and allow for the kind of exceptional acoustics a new concert hall can provide.

The orchestra has contracted with the Wal Mart Corporation, which owns the 32-acre parcel at 5701 Fruitville Road. The plan is to build an 1,800-seat concert hall as well as a 700-seat recital hall for chamber music and other flexible uses.

The property is valued by Sarasota County at $7,335,600. The sale price is not disclosed, but the orchestra said the money has already been raised.

The Sarasota City Commission for the past four years struggled with the orchestra to find a location that met the demands and needs of the organization. Former Mayor Hagen Brody implored then-City Manager Tom Barwin to work proactively with the orchestra as well as other organizations that may consider heading east for audiences in fast growing that settled along the highway in planned communities.

The Players Theater announced its move to Lakewood Ranch about five years ago, and Mote Marine has sought to build its future aquarium in the town where The Bay project is underway on 53 acres surrounding the Van Wezel. Mote Marine was turned down by the city and instead negotiated with the county for a site at University Parkway and I-75.

For McKenna, the purchase marks a significant milestone for an organization that has had to perform in various venues with poor acoustics. The orchestra hopes that the additional 15-minute drive beyond its current location will be a small price for its customers on the islands to enjoy a state-of-the-art musical experience. Perhaps more importantly, is the fact that the entire corridor from Naples to Tampa is suddenly more accessible to a facility that will be located three minutes off the freeway.

Five things to get out of France on Friday the 13th: shake off the curse of this mini-Halloween

What is JoJo Siwa Net Worth: All Must Know About Her Career, Profile, Relationships & More!