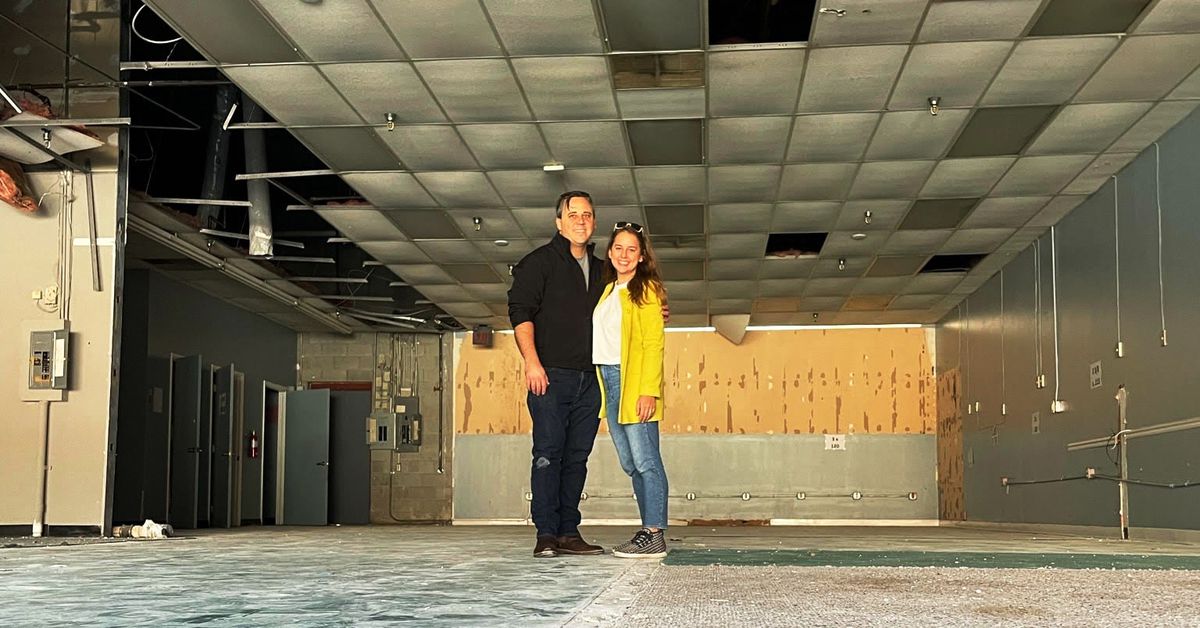 Sometimes Maura McCarthy’s ice cream melts before customers can pick it up. Her Bold Batch Creamery is currently operating as a pop-up, with customers pre-ordering pints a week in advance and then meeting her in a parking lot during a narrow window, ideally before the ice creams melt in her cooler. “We don’t have a storefront,” she says, “so people have to meet us in a parking lot within three minutes.”

Allison Vick, who worked as a pastry chef in Austin before returning to North Carolina and starting Little Blue Macaron, has a similar problem. She directs customers to a parking lot behind the warehouse housing the commercial kitchen she uses. “That sounds weird,” Vick said. “It’s very impersonal.

McCarthy’s voicemail explains where to meet her for a pickup, but the process is cumbersome, time-consuming, and requires her to drive all over the Triangle to meet dedicated followers for a transfer. She would like to have her own physical scoop shop, but she is still paying off the commercial loan for a $35,000 commercial gear and wants to build more followers before taking the plunge.

The brainchild of Vick and her husband Carl, Little Blue Bakehouse is a kind of business incubator. It will serve as the permanent home of Vick’s macaron business and host a rotating cast of up to five other bakery businesses when it opens at the end of the month. Bold Batch Creamery will be one of them.

Unlike Kitchen Archive — the sprawling commercial kitchen space that McCarthy and Vick currently work in — Little Blue Bakehouse will include a display case. The first third of the 3,200 square foot space next to the Alamo Drafthouse in Raleigh will be a cafe with show kitchens where members can sell directly to the public. The redeveloped mall property at 2116-H New Bern Avenue will feature a huge cafe section window overlooking the kitchen, Vick says.

“That particular area of ​​Raleigh, there’s not a lot of coffee there,” she adds, describing the neighborhood directly east of downtown near Enloe High and WakeMed. Vick chose the space partly because of its location and the movie theater’s foot traffic, but also because she can walk there from her home. “We kind of want to be the community place for the area.”

For McCarthy, it was less about the exact location and more about the people. She would have gladly followed Vick anywhere in town for this opportunity.

“It’s no surprise that she’s leading this effort,” McCarthy says of Vick. “She’s a selfless mentor and she was helpful to me from the start.”

Two other bakery companies have already embraced Vick’s vision. Cookie and cake company Bites of Sam and candy company CBD Medicine Mama’s Farmacy are also on board for the bakery launch. There is still space in the communal kitchen and Vick is ideally looking for someone to bake bread, pastries or something similar. She has intentionally cultivated a range of vendors that won’t hurt each other’s sales, seeking out people who have already established a clientele.

“I think it’s going to be a game-changer because the biggest question I get is, ‘Where’s your store?'” Vick says. Now people will be able to find her macaroons, some of which are vegan, any Wednesday. “What I’ve been dying to do for years is have a case full of macarons where people can put together an order based on what they like.”

McCarthy purchased a dipping cabinet to install at Little Blue Bakehouse, which will allow her to pick up eight flavors at once. People will also be able to buy pre-packaged pints. She will still offer some of her most “adventurous” flavors – like her recent Passover-inspired Charoset Apple Pie Swirl Pints ​​or the Easter-themed “Rest in Peeps” Burnt Marshmallow Ice Cream with Easter Eggs. Cadbury crushed – on occasion, potentially through a monthly club for dedicated fans.

But at first, she’ll just be happy working in a smaller space where no one is handling meat or leaving fish juice on a counter. The kitchen archives were an important springboard for her, but sometimes a food truck will have a cooking pot covering all four burners of a stove. Two weeks ago, all of his ice cream sandwiches melted when someone left the communal freezer open too long while unloading his own product.

“It’s hard to share a kitchen with 80 other companies,” McCarthy says. “I constantly clean up after others.”

Vick hopes that after a year or two, some of the women who sign up will be able to move on and open their own stores, to be replaced by a new generation of pastry and bakery entrepreneurs. It’s McCarthy’s dream for Bold Batch, but as a former educator who started out as a pandemic hobby, it would be inconceivable without something like baking to bridge the gap.

“We expect a rollover because we want people to be able to use it as a stepping stone to whatever they want to do next,” Vick says.

The joint venture removes some of the hurdles of running a self-contained storefront, including the difficulty of finding a space that is small enough or already stocked with much of the necessary kitchen equipment. But the bakery is not without risk, and Vick raises money to cover unexpected construction and equipment costs. McCarthy will also have to buy a $10,000 hardening cabinet – similar to a blast freezer that will keep larger scoop containers from getting too icy.

The upfront costs are ultimately worth it, McCarthy says; In the long run, it will increase its margins because scooping is more profitable than packing pints and paying for the packaging. And bakery dividends can also pay off for the Triangle, especially if he is able to create a group of independent bakeries, confectioneries and confectioneries.

“We want to help people figure out what their best next step is,” says Vick.