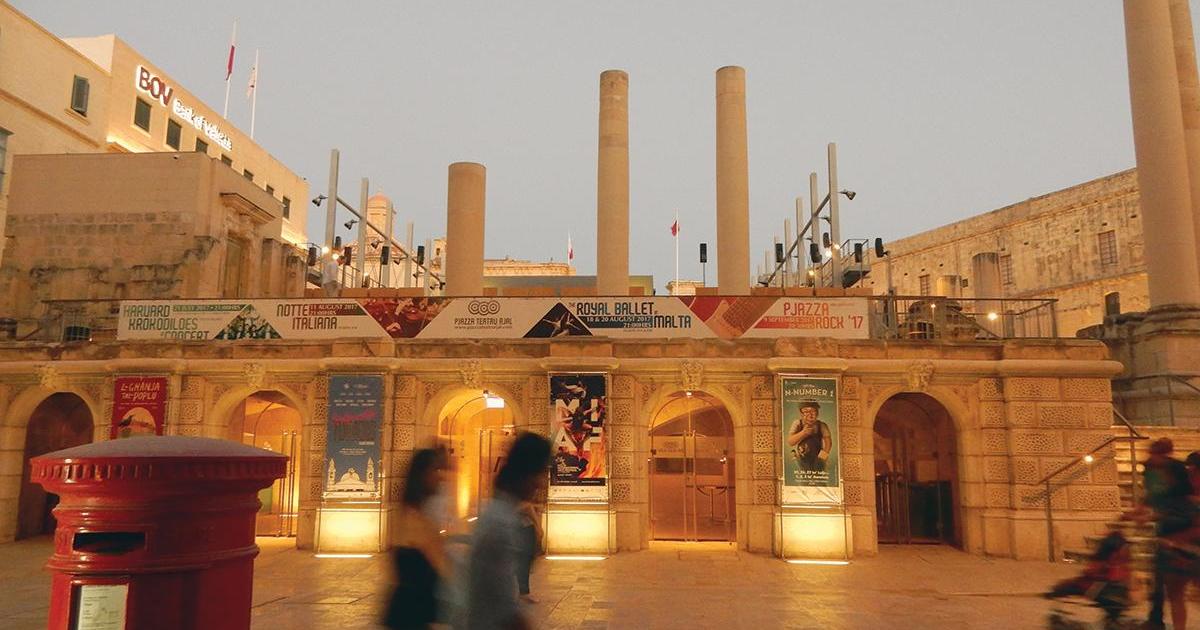 In its editorial of June 14, this newspaper wondered about the existence of a “smell of a dead cat at the opera”, symptomatic of “another example of the missteps of the government with regard to the entire sector. of the culture”.

The site of Valletta’s former Royal Opera House has long been marred by controversy, especially now that the government has reaffirmed its intention to cover Pjazza Teatru Rjal, the open-air theater that was part of Piano’s plans to transform the entrance to our capital.

I raised this point in parliament and questioned the point behind the plan. A roof above the theater would reduce the noise pollution that pours into the surroundings, the subject of justified complaints from the immediate vicinity. It would also keep the natural elements out, thus extending its use through all seasons.

But that’s where it stops. Under no circumstances will a roof facilitate any form of artistic performance, nor increase facilities for performers. In fact, no site in Malta offers adequate facilities. Very few try to come close, but they still lack the professional space and setup to provide a fully-fledged, modern venue that would allow a performance to be delivered to its full potential.

Most sites were originally built for other purposes and then reconfigured over time. But reconfigurations do not provide permanent solutions.

What Malta really needs is a national concert hall, which would be part of a larger performing arts centre, with orchestra rehearsal rooms, adequate onstage and backstage facilities, perfect acoustics and a stage capable of hosting any type of artistic show. performance.

It is absurd that we boast of a national philharmonic orchestra which has no place of its own, being forced to rehearse in rented premises and with offices at the Catholic Institute in Floriana.

One of the functions of a national concert hall, common to most countries, is to become the official seat of the national philharmonic orchestra. It would be a place where, in addition to hosting its performances, the orchestra would have a professional environment in which to rehearse and would also house its own academy for young students.

Take Luxembourg, for example, a country that compares well in population to Malta. It has its own Philarmonie Luxembourg which hosts nearly 400 performances each year and can accommodate up to 1,500 people.

Its scene allows many variations depending on the nature of the representation. Its acoustics too, so important to an audience’s listening experience, can be tailored to suit the demands of any musical performance, making the experience complete for performers and audiences alike.

Ask any artist if Malta has a venue capable of providing this, whether for the national orchestra, opera or other genres of music, dance or ballet, theater or anything other type of performing arts.

The view is that Malta is terribly behind in this area and instead tends to shun the artistic community, relegating it to second or third class levels on the mistaken premise that “there are more important things to focus on.

It is false on all levels. Culture and the arts are the backbone of a nation’s development and well-being. Not to mention the potential to attract more world-class events to our shores, strengthening the sector’s contribution to the economy.

It would also encourage more students to develop their talents from an early age. This is why I repeat that education remains the key and is intrinsically linked to everything.

For if the education system itself negates the importance of these subjects, there is no way that a young student’s personal potential can be unwrapped, let alone developed.

For these reasons, the project to cover the Pjazza Teatru Rjal cannot be considered as a favor to the artistic community, nor as a step in the right direction. What we really need at this point is a holistic transformation of the way we see arts and culture, to provide adequate infrastructure for their preservation, to nurture and develop them.

Simply put, the government’s plan has no meaningful goal or outcome. It will be an exercise in futility and a disservice to the arts community and the nation.

I call on the government to properly consult all stakeholders, to engage in a process of constructive discussion, so that Malta finally has its own modern national concert hall that can meet the needs of the artistic community and the public.

As the editorial so aptly puts it, “this lack of understanding of the needs of the sector is only the tip of the iceberg”.

And this is where I want to contribute to change. This is part of the legacy that I want to see us work on.

It is up to the government to answer the call. But we won’t stop pushing.

Julie Zahra is opposition spokesperson for culture, the arts and national heritage.

Independent journalism costs money. Support Times of Malta for the price of a coffee.