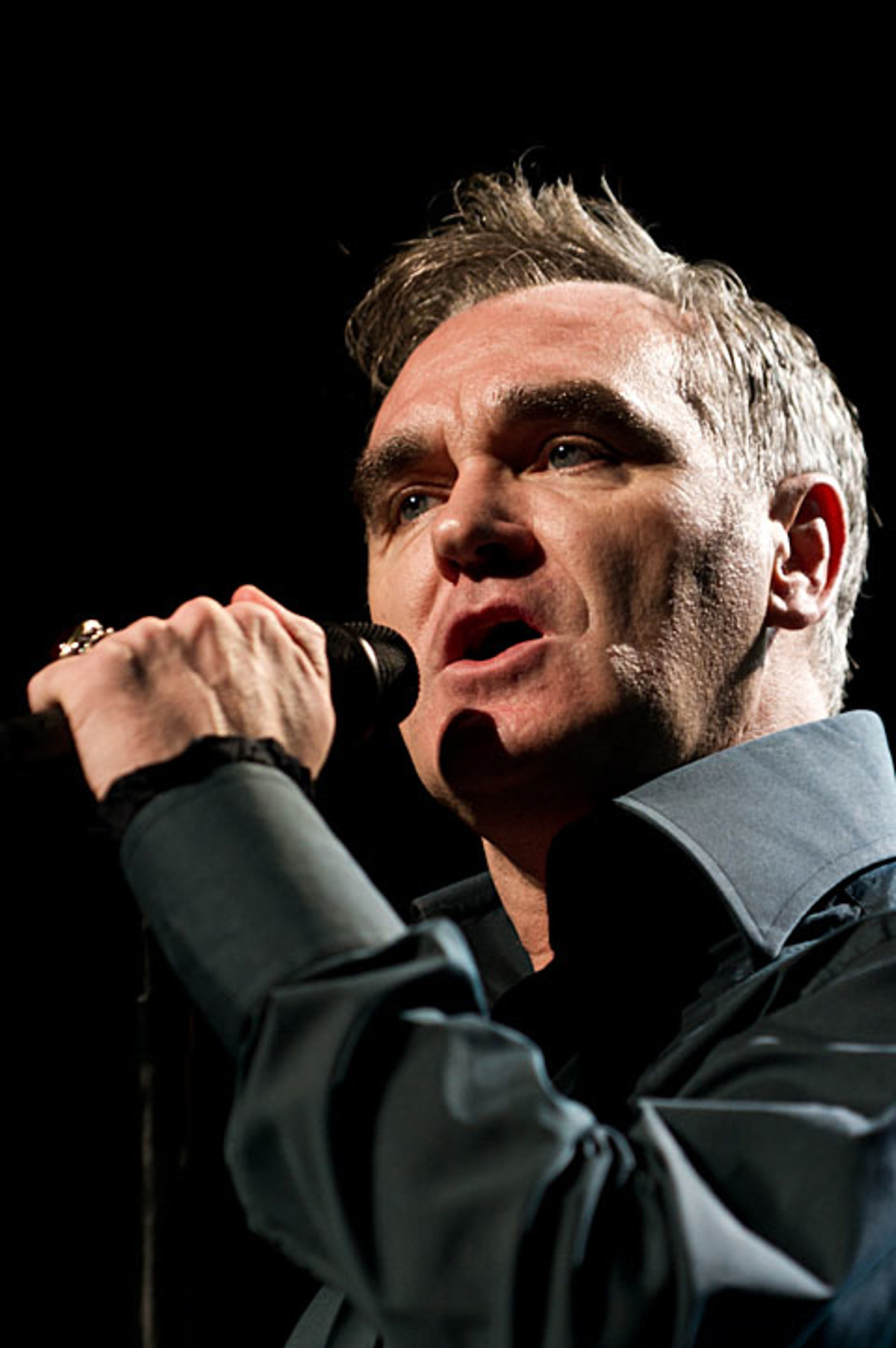 After a bumpy start (visa issues caused the 11/10 show in Chicago to be postponed), Morrissey began their North American tour in San Antonio, Texas on Monday and performed at Bass Concert Hall in Austin the following night, last night, 11/15. He performed a medley of Smiths songs, as well as many songs from his solo career, to a packed house at the Austin show. You can take a look at the full setlist at the bottom of this article.

Morrissey (with a bandaged right index finger due to his unfortunate encounter with a dog) began with The Smiths’ “I Want the One I Can’t Have”, setting the tone for the night. 26 years have passed since its original release (1985), but it didn’t show as Moz flexed his vocal prowess and delivered flawlessly.

Highlights included in-between banter, as well as Meat Is Murder’s alternate lyrics: “Kill. Eat. Murder.” After “I Know It’s Over”, a short break brought Morrissey back on stage with the band (and a changed shirt) for the finale, “Still Ill”. The shirt was then thrown into the crowd, devoured and never seen again.

Here is some Morrissey quotes the show:

“I heard someone laugh. It was me.”
“Looking at me, you wouldn’t really think it, but I’m much younger than that. You wouldn’t really think it, but acting is my middle name.
“You might be very surprised to learn that I have long horns.”
“I am someone for whom there is no name.”
“Do you have any comments? Well, wait until we ask you!”
“Are you ready for a new president? Are you? I think most people in the room are not ready for a new president. It’s because the options are terrible. Maybe the president’s age is dead.”
“For God’s Sake, No Matter What: Keep Austin Weird.”

The tour continues on 11/17 in Dallas. All the tour dates, full setlist and more pictures from the Austin show, below…