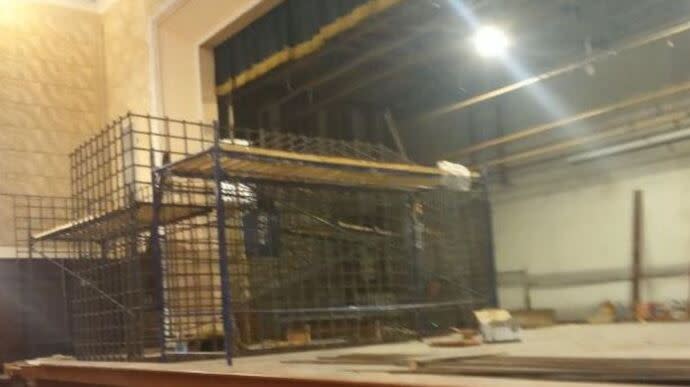 The Mariupol City Council reports that the occupiers began installing prison cages on the stage of the city’s Philharmonic Hall in order to conduct a mock trial of Ukrainian POWs in September.

Mariupol City Council Quote: “The Russian occupiers are currently assembling prison cages on the stage of the Philharmonic Hall of the Mariupol chamber. The diameter of the bars is 20 mm. The invaders plan to hold a ‘show trial’ of the Ukrainian defenders in September .”

Details: Vadym Boichenko, the city’s mayor, called on the international community, including the UN and the International Red Cross, to intervene to “prevent a second Olenivka in Mariupol”.

Journalists are fighting on their own front line. Support Ukrainska Pravda!