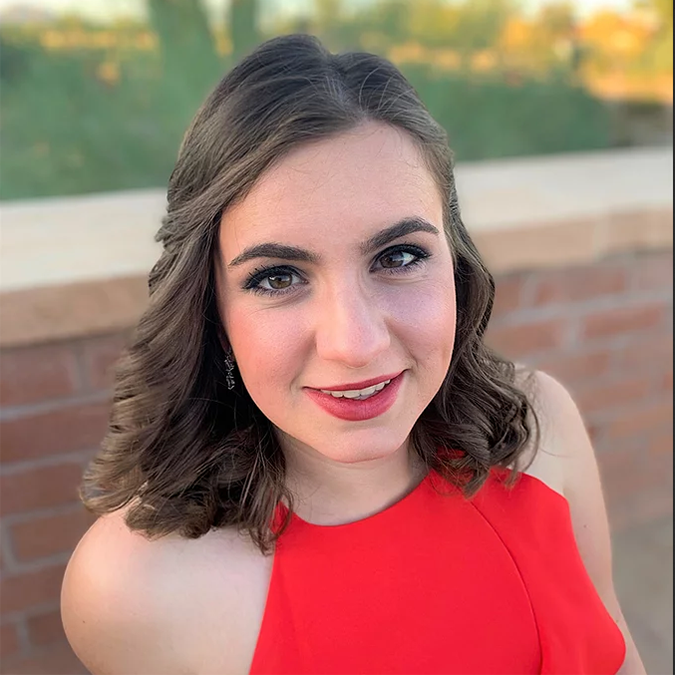 The monetary award encourages and supports a music student’s education that exemplifies academic achievement, leadership, and citizenship. The recipient, selected by the Faculty of Music, is known as Presser Scholar. Sera said the $ 4,000 prize would be used for her educational expenses and a creative project.

Sera started performing in musical theater at the age of 9. She said her love of musical theater began when her family went to New York City for a friend’s birthday and she attended her first Broadway show, “Mary Poppins”.

“I was totally in love with the show and sang the songs the whole time,” Sera said. “I used the song ‘Anything Can Happen If You Let It’ from the production for the first dozen auditions I can remember.”

She said her grandmother always liked her voice and encouraged her to sing at family gatherings. As Sera became more and more interested in musical theater, her mother organized private lessons. In high school, she moved from singing exclusively in musical theater to singing in classical music.

“Anna can do anything with her voice – she can sing both musical theater and pop songs, sing classical music and can make you cry when she sings a particularly touching ballad,” Weiss said. “She is a wonderful and versatile singer and actress who has many interests that inform her art, from theater to world cultures to film.”

“Musical theater has changed the way I view singing,” Sera said. “I don’t want to sing anymore just because it’s pretty. I want to hear a story, and it’s something I can apply in my classical singing, musical theater, and pop / rock singing. Almost everything I play has a story, message, or something that needs to be explored. I think the need to communicate and share an emotional experience with an audience is more important than just singing beautifully. ”

In addition to singing and performing, Sera said she had always had a passion for costumes and started taking fashion classes at ASU. In her freshman year, she worked in the musical theater and opera costume shop with Sharon Jones, costume shop supervisor, who taught her how to sew.

“I think the costumes take your performance to the next level,” Sera said. “Something about putting on the costume for a specific period and character makes me feel completely immersed.”

Weiss said: “Anna has an incredible intuitive sense for drama and emotion, which stems from her genuine interest in people and culture. Her immersion in different cultures feeds her meticulous character studies and makes her an intelligent and engaging performer, as well as a screenwriter and director.

In the spring of 2021, Sera wrote, directed and produced her second one-act play, “Murder Mystery”, as part of the Music Theater and Opera’s “Claiming Our Space” original works evening and was able to use pieces by the wardrobe of the musical theater to disguise its actors.

“It was a completely new experience for me and a lot more work than I expected,” Sera said. “Shooting objects that match the period and character as well as the size of individuals is a surprisingly tedious task, but ultimately rewarding when you see them on stage and know they look exactly as they should. . ”

Sera will also earn a minor in dance and plans to continue playing musical theater after graduation.

“I love performing, but I’m also passionate about writing and expanding the canon of musical theater,” Sera said. “I want to bring more female stories to life on stage as a performer and by writing my own new characters. One of my biggest dreams is to host the Tony Awards.