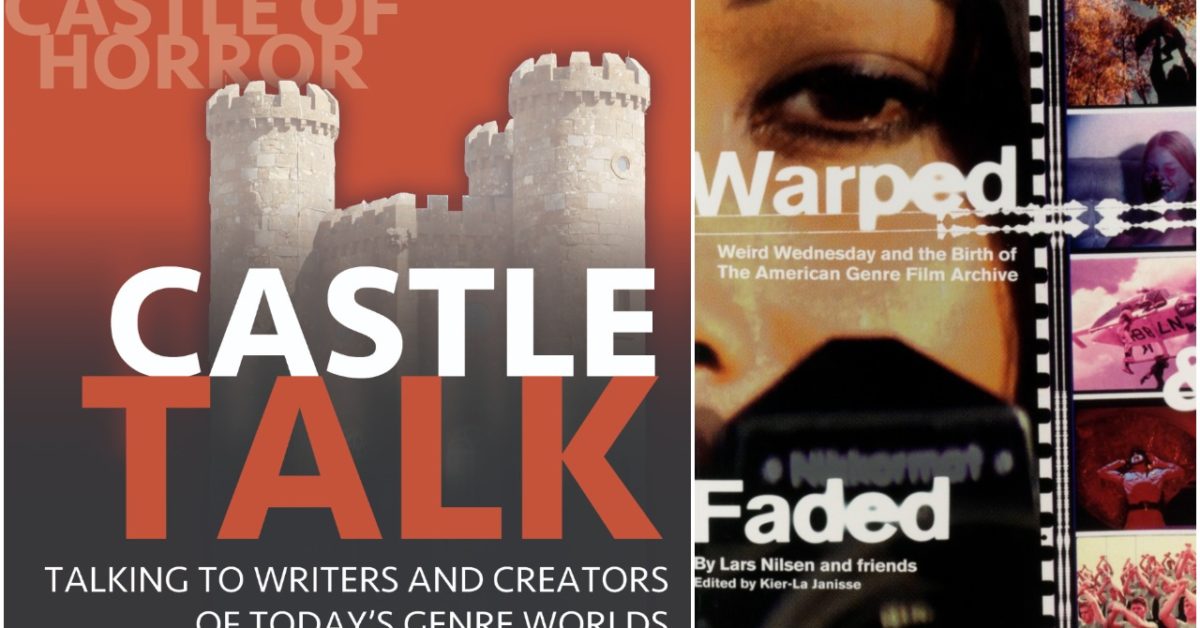 Psy-Comm writer Tony Salvaggio joins Jason to chat with Lars nilsen, author of Warped and Faded: Weird Wednesday and the Birth of the American Genre Film Archives, about the book, the Alamo Drafthouse phenomenon, and the lineup of one of the strangest and most memorable repertoire series of all time.

“Weird Wednesdays” began as a free and then low-cost series of midnight screenings at the original Alamo Drafthouse theater in Austin, Texas (a version of the series always continues at the Alamo). The expression “Warped and Faded” refers to the notes left by a projectionist on one of the copies of the film presented, the enumeration of the damage of which is a kind of poetry. The films shown were often sparse and cracked, warped, faded, moldy or broken down. The book lists films screened while also chronicling the rare film community and the founding of the American Genre Film Archive (AGFA).

One of the topics Nilsen spends time on is how he can’t live up to the phrase “so bad as it is good”, which he says offers a sort of ironic detachment from the art to which members of the public react. He says the popularity of terms like this arose out of the celebration of the “bad movie” in early blockbuster books like The Golden Turkey Awards and The fifty worst movies of all time of the Medved brothers. But he suggests that pretending to watch a movie because it’s bad is essentially not true because usually we watch what we want. As he points out, no one drinks a bad beer and says, “this beer is so bad it’s good”.

Jason Henderson is the host of the Horror castle and Podcasts on the castle, the editor of “Anthology of the Horror Castle“. The last volume is Finely veiled: the 70s, a collection of horror stories based on television and movies from the 70s. He is the author of The Serpent’s Nest: Young Captain Nemo Macmillan children’s books. His next book is 18 miles from town: a midlife crisis thriller.

Did you like it? Thanks for sharing on social media!