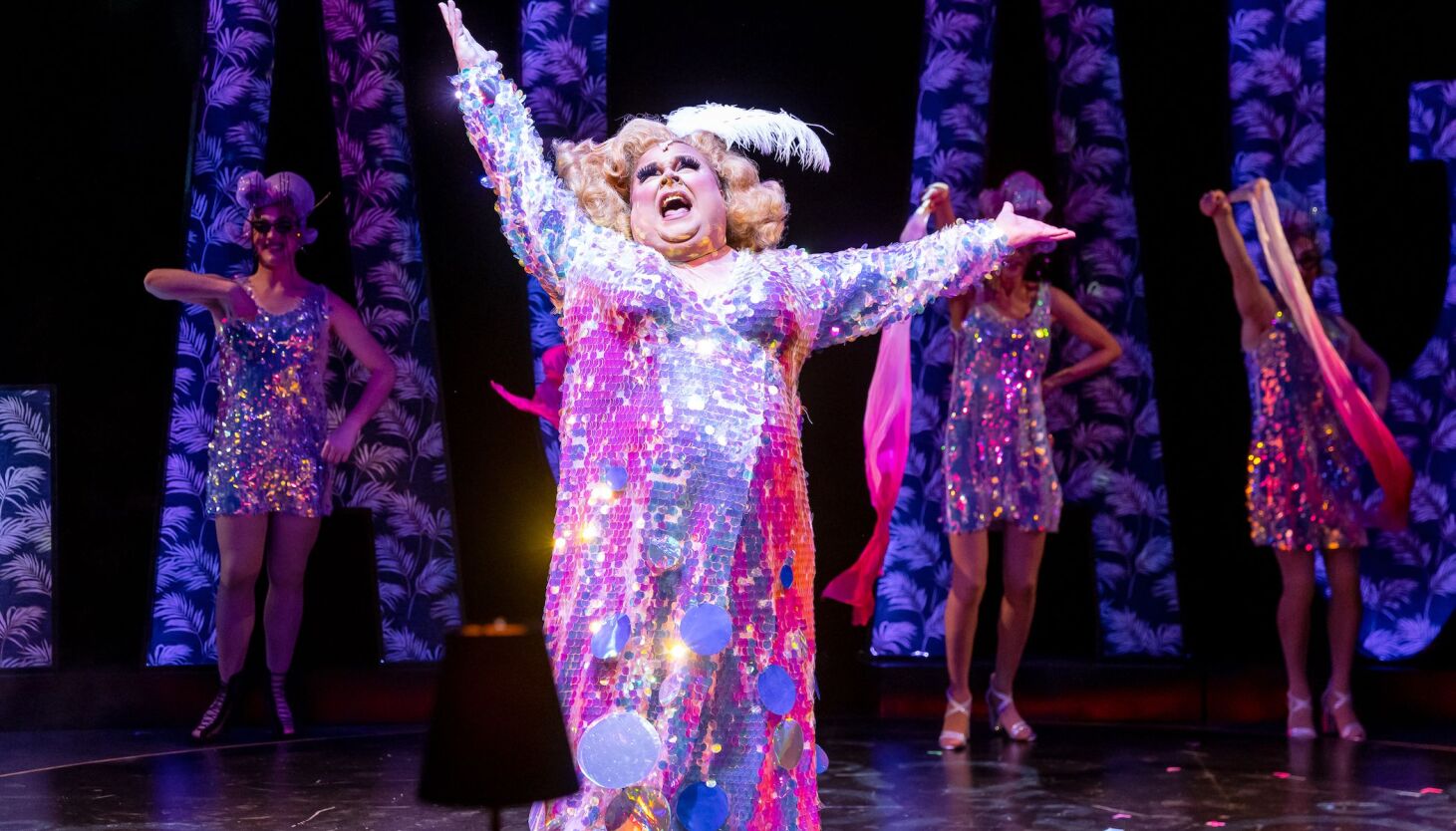 For those who follow RuPaul Charles’ ubiquitous “Drag Race” competitions on VH1, Ginger Minj needs no introduction. The Music Theater Works ‘La Cage Aux Folles’ star is a three-time alum in RuPaul’s reality franchise, which tasks drag queens with everything from sewing a couture look to writing a screenplay for telenovela through the choreography and the execution of an original mini. -musical.

Minj excels at all of the above, and she hasn’t really slowed down since making her debut in the high-level competition series in 2015. “The Cage” week opened at the Northshore Center for the Skokie’s Performing Arts, Disney has announced that she will play Winifred Sanderson (aka the role of Bette Midler) in the highly anticipated “Hocus Pocus 2.” Meanwhile, Minj’s second country music album, “Double Wide Diva,” continues to chart. And it’s worth noting that at the 2016 Trailblazer Awards, Minj brought Harvey Fierstein, book author and original star of Broadway’s “The Cage,” to tears with her rendition of the powerful anthem from the score “I Am What I Am.” “.

In director Kyle A. Dougan’s glitzy and glamorous staging for Music Theater Works, Minj gets the showcase she deserves. “La Cage” sounds great and looks fabulous, from the singsong love duets to the frenetic and driving drag chorus lines inspired by the Folies Bergère.

The plot – as in the original 1973 play by Jean Poiret, the 1978 French film and the 1996 reboot – centers around Zaza/Albin (Minj). Zaza is Albin’s drag character, Saint-Tropez toast and headliner of the titular nightclub. Albin is the Truman Capote-meets-Elton-John de Zaza, a devoted husband of Georges (Jason Richards), owner of La Cage. Their son is Jean-Michel (Christopher Ratliff), the result of a drunken one-night stand between Georges and a singer who is not in their lives.

Comedic complications abound when Jean-Michel becomes engaged to Anne (Heather Banks), a young woman whose father is a powerful politician to the right of Anita Bryant and twice as homophobic. Jean-Michel insists on hosting a heteronormative dinner for his fiancée and her family, demanding that Georges slaughter him and Albin stay out of sight. Albin refuses to play the game, organizing an evening that goes from disaster to celebration. Jerry Herman’s music and lyrics capture both extremes with a quick blend of humor and pathos.

Musical director Kyra Leigh and conductor Linda Madonia create a soundscape that captures all the emotions of music. Georges and Albin’s whimsical and endearing “Song on the Sand” gently and emphatically shows their enduring devotion to each other. The maniacal and joyful melody of the title – interpreted by the spectacular “Cagelles” who open for Zaza – is a whirlwind of drops of death and glittering acrobatics. Christopher Carter’s choreography is made up of attitude and spectacle, the two traits that define life at La Cage.

Minj has the showy role, but as her “ordinary gay” husband Georges, Richards creates a grounded and calming presence as a man who has dedicated his life to his partner and made their nightclub a haven for all. those who eschew the straight and narrow and celebrate life “from one angle”.

Drag has long been at the intersection of glitz and glamour, camp and couture, and anyone building looks for “La Cage” has their work cut out for them. Costume designer Justin LeBlanc (“Project Runway”) does a great job, putting the Cagelles in shimmering bustiers and neon ruffles, all showcasing the explosive ruffle that defines their floor show. Zaza’s final gown is a stunning catwalk-worthy tulle confection. Scott Davis’ set design includes at least 14 chandeliers and half a dozen disco balls swinging overhead, all creating a believable shimmering club.

The set shines throughout, but keep an eye out for Honey West as Angelica, a restaurant owner with a knack for making fools of narrow-minded hypocrites.

There’s nothing stupid about Music Theater Works “The Cage.” It’s bright, loud, romantic, outrageous, and a provocative celebration of living your life as you are, not what others say you should be.

5 things to do this weekend