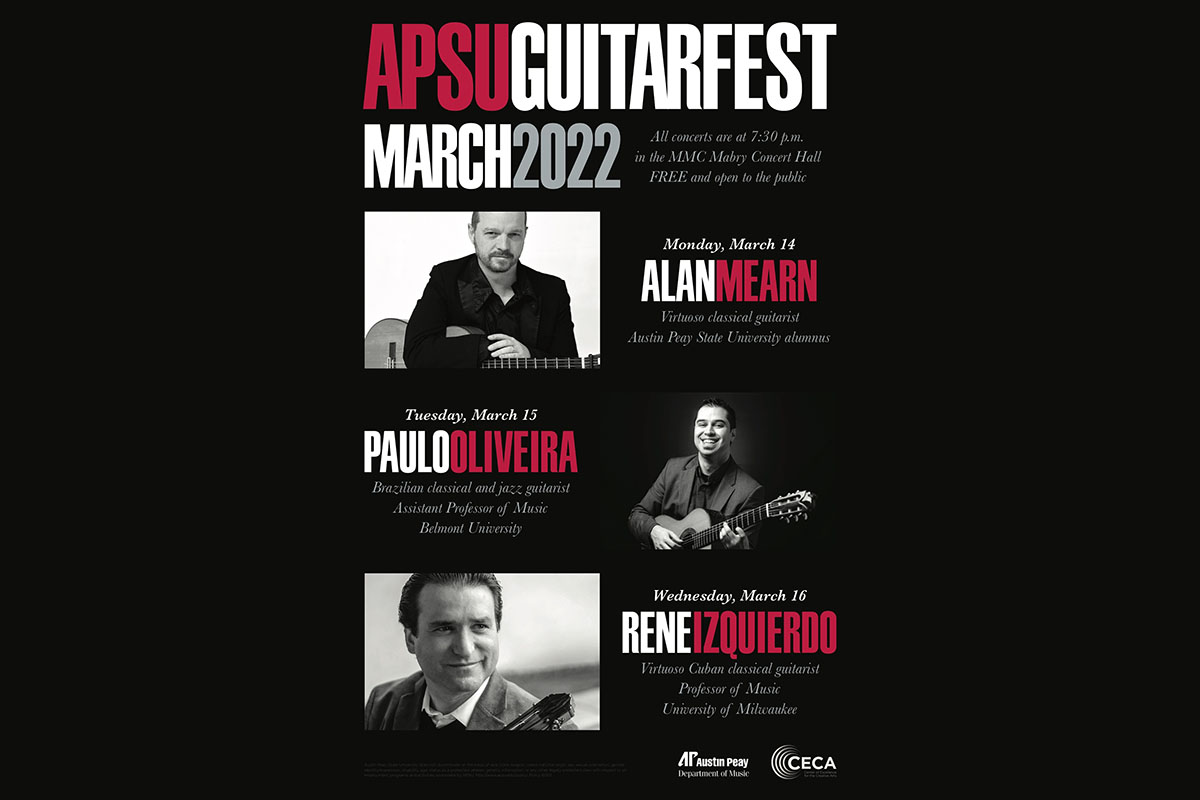 Concerts – all free and open to the public – begin at 7:30 p.m. each evening at the Mabry Concert Hall in the APSU Music/Mass Communication Building at Eighth Street and Marion Street.

This year’s musicians are:

GuitarFest is sponsored by the APSU Department of Music and the APSU Center of Excellence for the Creative Arts.

For more information, contact APSU Music Professor Dr. Stanley Yates at YatesS@apsu.edu or the APSU Department of Music at 931.221.7818.