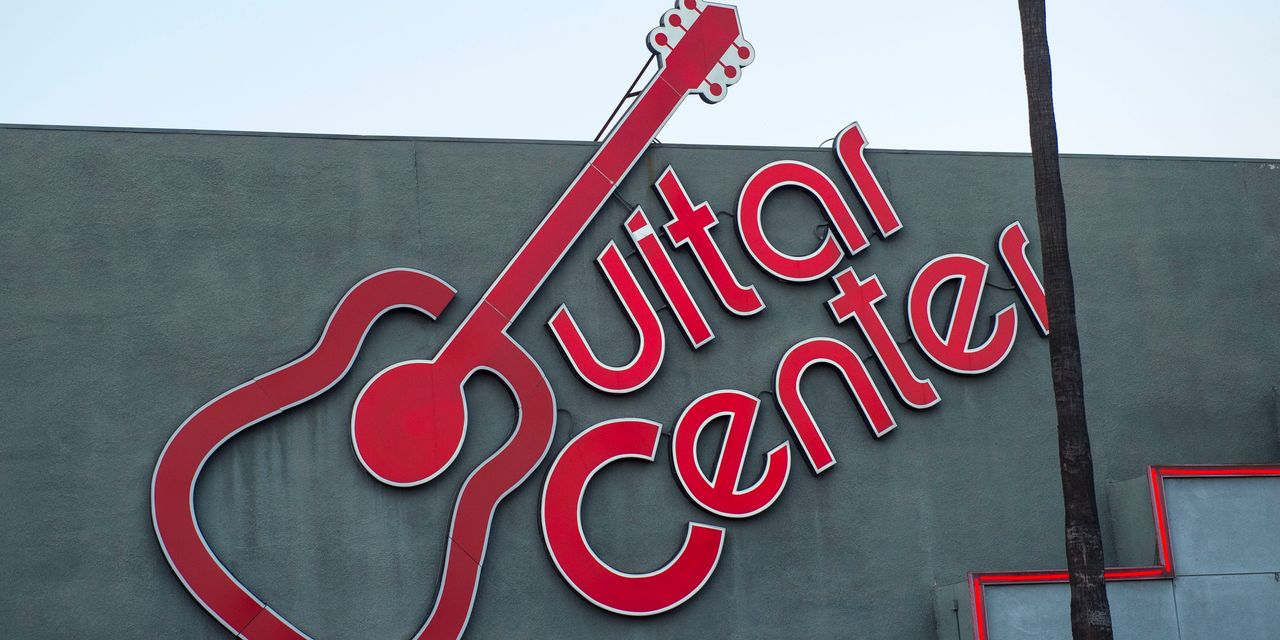 Guitar Center Inc. has been hit with ratings downgrades after the pandemic-stressed musical instrument retailer said it had deals with lenders to swap some of its debt in a bid to preserve cash.

Investors Service knocked down the company’s ratings after a troubled exchange that left the operator of hundreds of stores with interest payments.

Guitar Center, of Westlake Village, Calif., announced last week the agreement with lenders that allowed it to meet interest payments due in April. Standby bondholders agreed to exchange unsecured notes for other notes and purchase $32.5 million in new notes, with proceeds used to pay for missed interest payments on secured debt .

Chief Financial Officer Tim Martin said the move puts the company in a position to weather tough market conditions until the economy reopens. Most Guitar Center stores have closed due to coronavirus pandemic restrictions and thousands of employees have been laid off.

A Guitar Center spokesperson declined to comment on the rating actions on Friday.

The retailer has more than $1.2 billion in debt, much of it the legacy of leveraged buyouts. Cash is tight, debt is high and earnings are expected to deteriorate, Moody’s said.

LLC exchanged part of its debt securities for a majority stake.

Even before the pandemic hit retailers, Guitar Center received a ratings downgrade from Moody’s due to its high leverage and modest operating performance. In February, Moody’s downgraded the company’s rating and changed its outlook from stable to negative.

On Thursday, Moody’s noted that Guitar Center has a leading position in the musical instrument market and high brand awareness, and has seen an increase in revenue and profit in recent years.

According to S&P, the recent exchange of unsecured notes amounted to a distressed restructuring as lenders received additional principal but no improved terms, and that was not enough to make up for missing interest payments due in April.

“We consider the swap to amount to a default because the lenders are receiving less than originally promised,” S&P said.

To cover April 15 interest on its senior secured notes, Guitar Center issued $32.5 million of senior secured senior notes. A portion of the cash from the new issue will be used for general corporate purposes.

Due to the additional secured debt, S&P lowered its estimated recovery on Guitar Center’s $640 million senior secured notes to 55% from 65%. The ratings retained a rating that indicates S&P believes creditors will obtain significant recovery, ranging from 50% to 70%, in the event Guitar Center defaults.

Write to Peg Brickley at peg.brickley@wsj.com