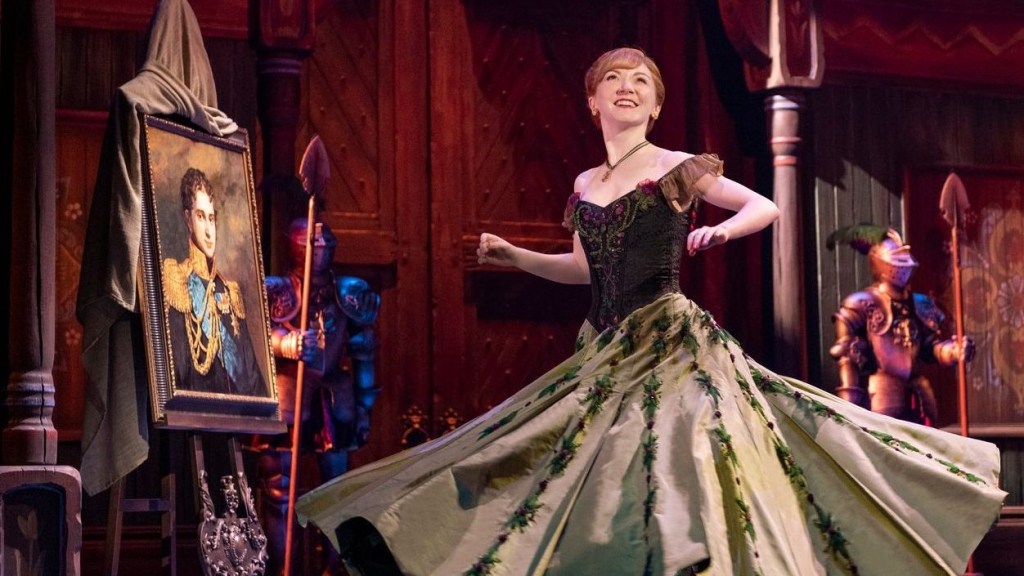 Although audiences stumble through the new reality of theater (vaccination checks, masks, etc.), the touring production of “Frozen” that hit the Orpheum Theater in Minneapolis this weekend did it in full force. diet.

After being taken off the route about 18 months ago due to COVID-19 restrictions, the tour relaunched last month in Buffalo, with the Twin Cities serving as the second stop – and a homecoming for Caroline Innerbichler , the former local at the head of the tour in the role of Anne.

In the pantheon of Disney films adapted for the stage, â€œFrozenâ€ lacks the dazzling imaginative spectacle of its predecessors. Olaf the Snowman (a handsome F. Michael Haynie), for example, is anthropomorphized using the same technique that brought Timon the Meerkat to life in “The Lion King”. Sven the Reindeer (Collin Baja, alternating in the silent role with Evan Strand) would not seem out of place in the menagerie of this show.

As for the trolls – the mystical, magical, rock race that aided the royal house of Arendelle in the film? They are reimagined for the stage as some sort of nonspecific, wild-haired, scantily clad native people, which feels both vaguely culturally extravagant and a wasted creative opportunity.

That said, there’s a pretty skillful mix of the familiar from the movie and the new in “Frozen.”

Oaken, who made an appearance in the first film as a clumsy trading post operator, opens the second act with “Hygge.” This is the best of the songs added for the staging: a party-cum-fan polka dance, with Scandinavians emerging from a sauna clown car, happily flogging each other with birch branches. Michael Milkanin, a hash maestro, doesn’t waste the opportunity to steal a scene. But, I hear you ask, how are the princesses?

Audiences who might have seen Innerbichler in lead roles in Ordway’s “Mamma Mia” or Chanhassen Dinner Theaters’ “The Little Mermaid” understand that she has one of those ineffable senses of stage presence that effortlessly draws the look. Her Anna is a classic Disney princess via â€œOklahoma’sâ€ Teen Annie – lanky, a little rough around the edges and ready for all kinds of adventures.

Innerbichler is at her best when she multiplies her energy by playing with talented partners. Her duet with Hans (Austin Colby, appropriately heroic untilâ€¦ you knowâ€¦ he’s not) in â€œLove is An Open Doorâ€ is dizzying and charming, filled with air and wit.

I would say the role of Elsa – the magical princess who becomes Snow Queen – is written with less scope and less dimension. It’s not against Caroline Bowman. Hers is a strong, grounded performance, and his thrilling take on the ubiquitous “Let It Go” (one of the show’s few truly gee-whiz technical moments) is everything a fan of the song could wish for. .

Although it has been off the road for a long time, the company shows no signs of rusting. Saturday night’s press night performance was the second of a day of two shows, and the cast and orchestra looked and sounded like they could do a third midnight show with energy at resell. They seemed happy to be back on the road. And it’s good to get them back.