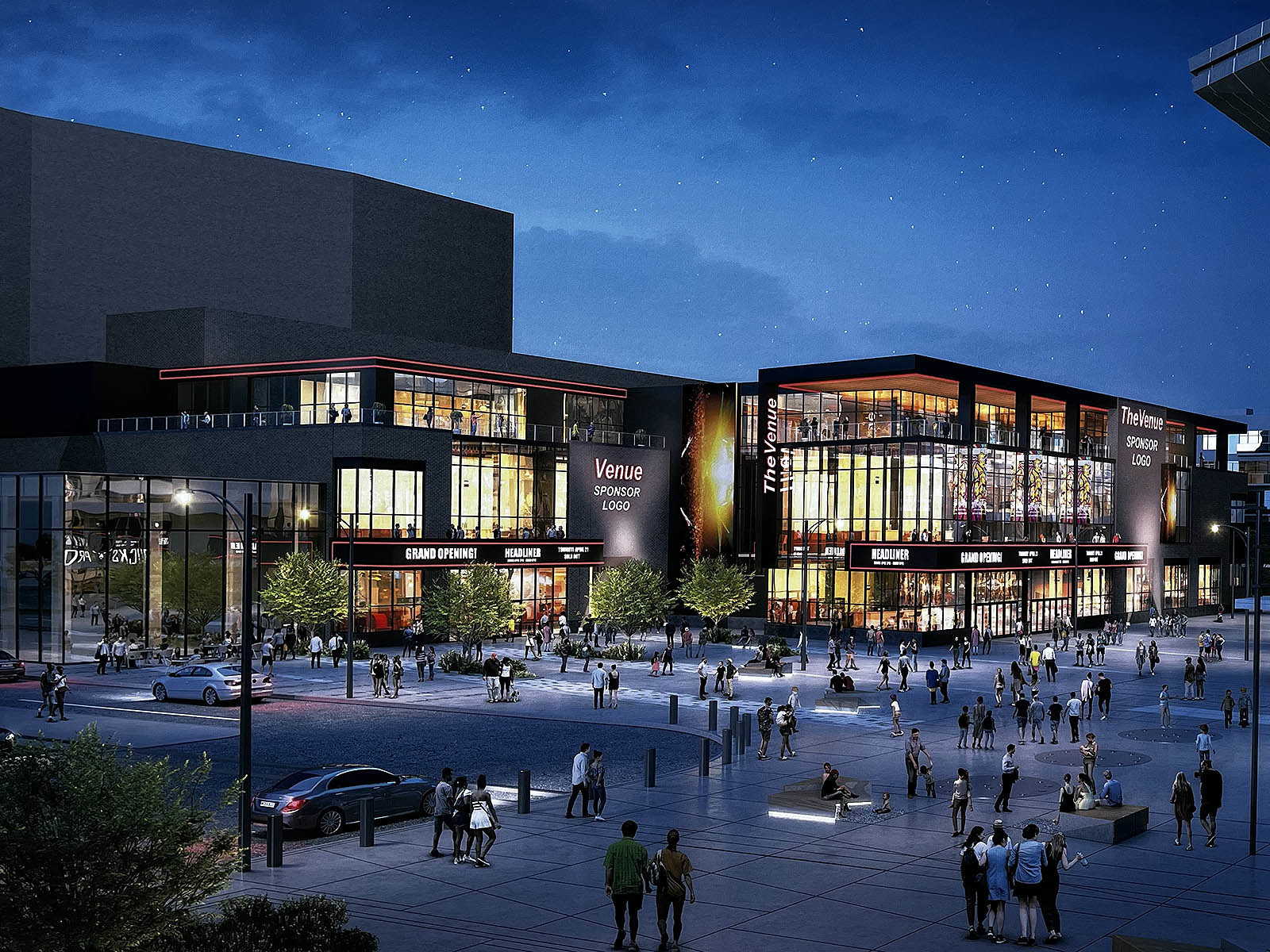 After a plan to build a two-room concert hall in a Summerfest parking lot was officially scrapped last week, Madison-based FPC Live announced a new site for the $50 million project: the northeast corner of the former Bradley Center site.

The venue’s new location is in the Deer District, where The Trade Hotel is currently thriving and where, in the coming years, a new public museum of Milwaukee will be built.

The site was announced at a press conference in Deer District Square on Monday morning.

The new concert hall – like the previous iteration – was designed by Eppstein Uhen Architects of Milwaukee. The structure has been adjusted for the new location and is similar but not identical to the one shown in the Third Ward site renders.

FPC Live expects the new Deer District concert hall to host around 135 event nights a year and create “several dozen full-time jobs and 600 part-time jobs”, in addition to 500 construction jobs during the construction.

According to Bucks president Peter Feigin, the new project will use about a third of the Bradley Center site — purchased from the city of Milwaukee for $1 — with space remaining for future on-field projects.

Construction of the new Deer District Concert Hall is set to begin later this year, with an expected opening in late 2023.

FPC Live — which will open a permanent office in Milwaukee in the coming weeks and eventually have offices in the concert hall building — said it won’t be seeking city funding for the project.

Mayor Cavalier Johnson said some approvals will be required from the common council, but did not specify the elements.

FPC Live (Frank Productions, a joint venture partner of Live Nation) originally announced the Third Ward location at a 1.25 acre Summerfest parking lot in December. However, some neighbors objected to the plan due to traffic, parking, and noise concerns, and on May 13, Summerfest and FPC Live jointly released statements closing the Third Ward plan.

In its earlier statement, FPC Live — which operates High Noon Saloon, The Sylvee, The Orpheum and The Majestic Theater venues in Madison — said it still hoped to develop an indoor multi-performance venue somewhere in Milwaukee.

“We remain committed to Milwaukee’s live music landscape, are excited about our continued partnership with MWF, and look forward to promoting concerts by the lake and throughout Milwaukee for years to come,” said Charlie Goldstone, President of FPC Live.

Feigin said Monday the deal was reached about three weeks after it became clear the Third Ward plan would not move forward.

The Bradley Center, which opened in 1988, was demolished in 2019, shortly after the Fiserv Forum opened.

Between the new hotel and venue and the site of the Deer District Public Museum, the Wisconsin Center expansion, the Milwaukee Tool project in the former Time Insurance/Fortis building, a riverside dog park, and the sports complex A recently announced mixed-use residential, entertainment and residential city center football stadium project, Westown will look and feel very different over the next few years.

“We are thrilled to add exponential value to the thriving Deer District neighborhood,” Goldstone said, “by further strengthening the vibrancy of downtown Milwaukee. FPC Live is committed to working with the community to find the ideal location for these modern entertainment venues, and we found it.”

Asked about competing with a number of other nearby venues of similar capacity, Feigin and FPC Live officials said the focus on general admission sets the new venue apart and makes it unique in the market.

Some area music venues, including Turner Hall across from the Deer District and The Rave on the 24th and Wisconsin, are primarily general admission venues.