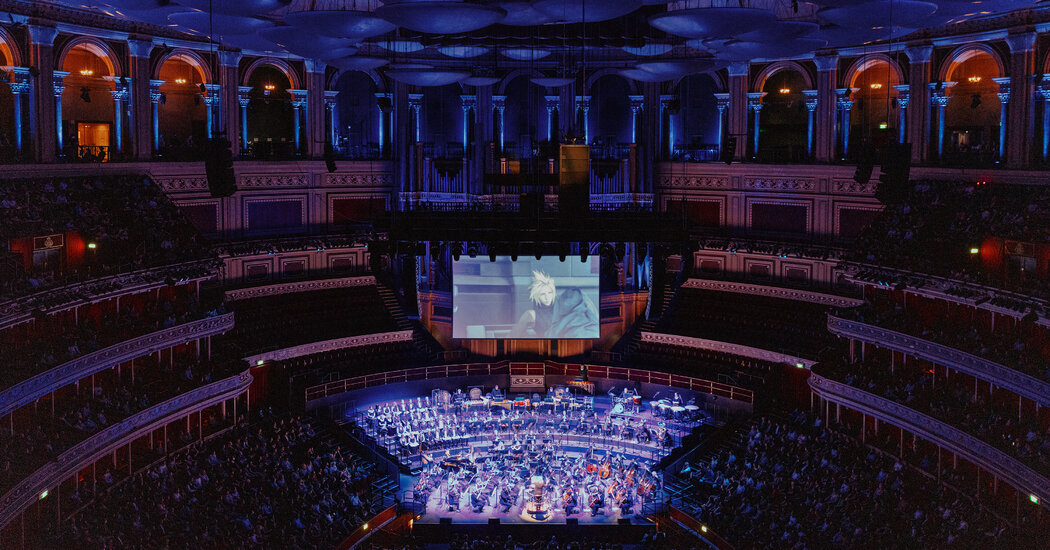 Final Fantasy score gets its due at the Concert Hall

Final Fantasy games have an interactive role-playing format, which immerses players in the journeys of its heroic protagonists. These journeys are interspersed with music throughout, like film music. As a result, “you don’t just watch a game. You play it, you feel it, you embody it,” said Melanie Fritsch, professor of media and cultural studies at Heinrich Heine University in Düsseldorf, Germany. “Sometimes people start crying when there’s a good moment in a well-implemented game with the music.”

Because of this emotional connection, the influence of these scores extends far beyond the games themselves. Since 2007, there have been more than 200 official Final Fantasy concerts in 20 countries, according to Square Enix, the company behind the game.

During the opening ceremony of the Tokyo Olympics this summer, athletes marched to songs from popular games such as Dragon Quest, Kingdom Hearts, Sonic the Hedgehog and Final Fantasy, music described by its organizers as “part essential part of Japanese culture that is appreciated around the world”. ”

But video game scores have often been dismissed by mainstream classical music enthusiasts. Even in Japan, the birthplace of modern video game music, “until after the millennium it was considered a lesser type of music,” said Final Fantasy X soundtrack co-composer Junya Nakano, 50. .