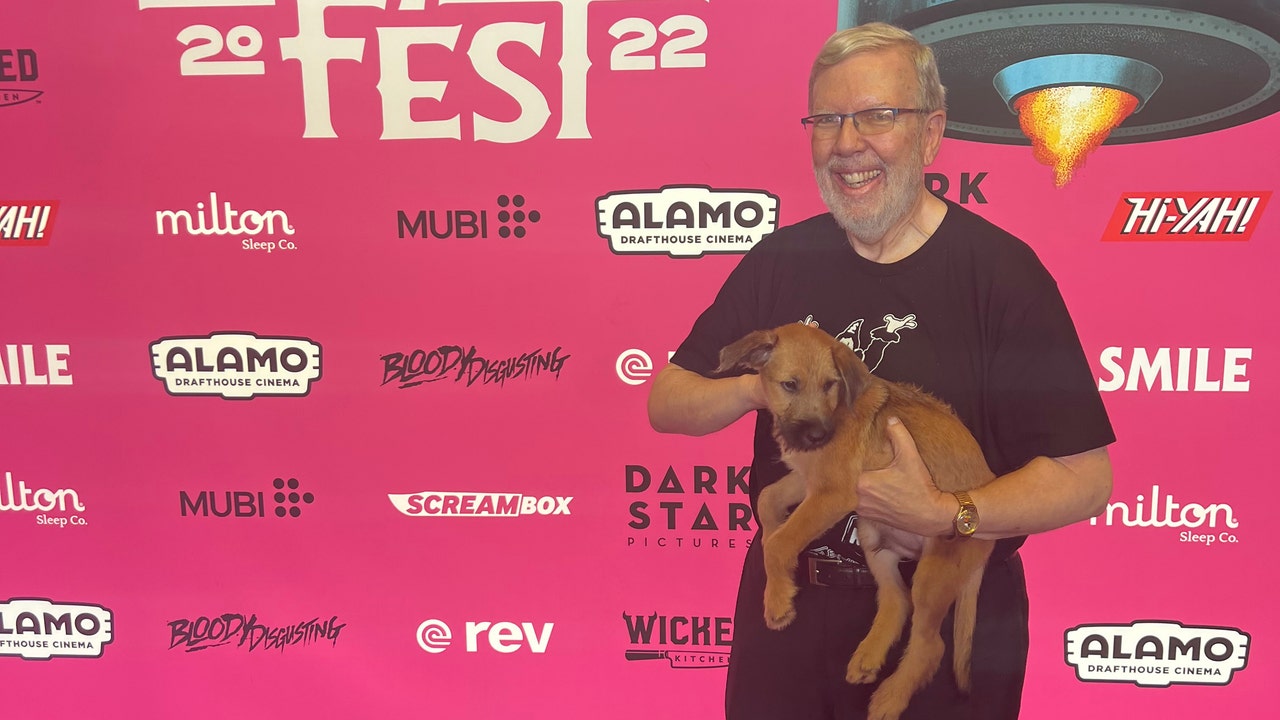 AUSTIN, TX – It’s not every day that you come across a pup named after you, but now film critic Leonard Maltin can say he did!

Maltin was attending the 2022 Fantastic Fest film festival at the Alamo Drafthouse South Lamar today when Austin Pets Alive! surprised him with a visit from one of their adoptable puppies, also named Leonard Maltin.

Puppy Leonard is a two-month-old parvovirus survivor, along with his sister and kennel mate, Meryl Streep, says Austin Pets Alive. Leonard and Meryl are ready to be adopted at the APA’s Town Lake location.

“Our friends at Fantastic Fest were kind enough to set up the reunion and talk about it. Little Leonard is a really adorable dog, and everyone couldn’t help but fall in love with him,” said said Leonard Maltin. “Hopefully we can get Austin Pets Alive’s attention and find some great homes.”

Puppy Leonard also got to meet Jessie Maltin, who co-hosts a podcast with her dad called Maltin on Movies.

This magical moment happened after friends of Jessie Maltin sent her a TikTok APA video! posted of all of their shelter’s adoptable pets named after famous people, including Leonard Maltin, actor Robert DeNiro, and actors Owen Wilson and Luke Wilson.

“Several friends sent me the video after seeing it on Instagram, and I commented. Suzie Chase contacted me to ask if a photo of Big Leonard/Little Leonard was possible. Glad to oblige,” Jessie Maltin told FOX 7 Austin.

If you’re interested in adopting puppy Leonard, his sister Meryl, or one of the adoptable puppies from APA!’s Town Lake Animal Center, the organization is waiving typical adoption fees through October 3. Adopters can name their own adoption fees for the puppies. at their main location on West Cesar Chavez, not including surgery depots. Foster puppies are not eligible for the promotion.

To learn more about adopting a pet from APA!, click here.

ANASTASIA is coming to the BJCC Concert Hall next month