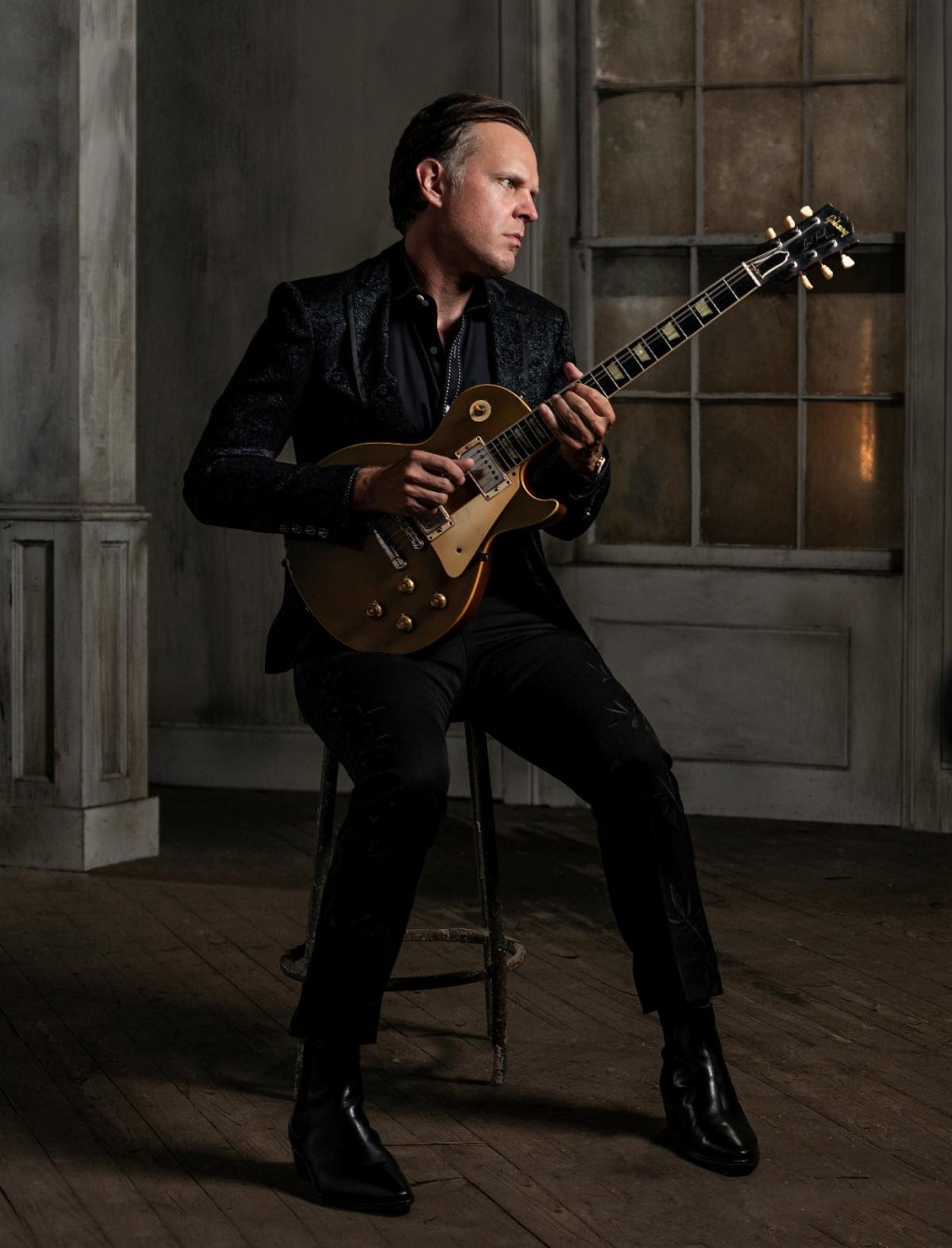 The following events are planned for this weekend and beyond across the region:

â€¢ The Santander Performing Arts Center, Reading, presents the Queen tribute band Almost Queen on Friday at 8 pm, and acclaimed blues guitarist Joe Bonamassa on Wednesday at 8 pm. four-part harmonies and complex musical interludes. Bonamassa continues to forge a remarkably versatile artistic path and to accumulate an authentic, innovative and moving body of work. His career began on stage as an opening act for BB King in 1989 when he was only 12 years old. Today he is hailed around the world as one of the greatest guitarists of his generation and is an evolving singer-songwriter with over 40 albums to date, all under his own label, J&R Adventures. . In addition to his music and shows, Bonamassa continues to create weekly programming for his radio show, “Different Shades Of Blue”, for Sirius XM’s Bluesville channel. He is on tour to support his brand new studio album, “Time Clocks”, which testifies to his credentials and toast his longtime fans. His new sound has a raw, vital flavor, combined with a steadfast skill that can only be learned through years of perseverance and unwavering dedication. For concert tickets, visit santander-arena.com.

â€¢ Hedgerow Theater, Rose Valley, stages â€œA Christmas Carol,â€ Nagle Jackson’s adaptation of Charles Dickens’ timeless tale exploring what Christmas can mean to each of us differently, and how it can inspire and speak to us at over the years. The holiday classic features returning artist Brian McCann as Ebeneezer
Scrooge, and will be directed by Penelope Reed, longtime former Executive Artistic Director of the Hedgerow Theater and recent recipient of the Barrymore Lifetime Achievement Award. The cast includes resident society members Adam Altman, Thane Madsen, Michael McInerney and Susan Wefel, who are joined
by “A Christmas Carol” veterans Stacy Skinner and Zoran Kovcic. Production runs until December 24. For show times, tickets and more information, visit www.hedgerowtheater.org or call 610-565-4211.

â€¢ The Elmwood Park Zoo in Norristown announced the return of its holiday lights event, Wild Lights, for the fourth year in a row. Wild Lights transforms the zoo into a dazzling vacation wonderland, with thousands of lights adorning the trees, exhibits, and buildings on the zoo’s 16 acres. Most Wild Lights nights will also feature wild animal encounters, live performances, live DJs, photos with Santa, rides and more. New events planned during this year’s Wild Lights include Dog Nights, where guests can visit their four-legged friends; Wild Lights Just For You, when sensitive guests will appreciate smaller crowds and lower volumes; and Montco Makers Tasting Nights, when the Zoo Brew Bar and Beer Garden welcomes local breweries, distilleries and wineries to sample their finest creations. Wild Lights runs from 5 p.m. to 9 p.m. on select dates through December 30, and admission is $ 14.95 for adults and children. Tickets can be purchased in person or online at epzwildlights.com.

â€¢ Act II Playhouse, Ambler, kicks off its 2021-22 season on the main stage with the variety show “Really Good Tidings”, with previews from November 30 to December 2, and then from December 3 to 30. â€œWe wanted to open with a new variety show that we think our audience deserves this holiday season,â€ said artistic director Tony Braithwaite. â€œWe write and will perform as a whole, so we all prepare for the festive hilarity, the songs, the skits and the improv. Each performance will be unique! For show times, tickets and more information, call 215-654-0200 or visit act2.org.

â€¢ The Greater Philadelphia Expo Center in Oaks hosts the Not Just Rock Record Show Friday from noon to 6 pm and Saturday from 10 am to 4 pm. new and used, rare, collectible and common records, CDs, DVDs, cassettes, 45’s, 12 â€³ singles, posters, T-shirts, books and memorabilia in all types of music. Admission is $ 5 per day; pre-show admission is $ 15 Friday 10:30 a.m. to noon and Saturday 8:30 a.m. to 10 a.m. For more information, visit notjustrockexpo.com.

â€¢ The Colonial Theater, Phoenixville, presents the drag show Fanci Fridays Holiday Extravaganza on Fridays at 9 p.m., and an exclusive writer’s engagement with Neal Stephenson on Saturdays at 7 p.m. Stephenson is a living legend of science fiction, will discuss his 2021 novel “Termination Shock”, which transports readers to a near-future world in which the greenhouse effect has inexorably resulted in a troposphere of super-storm-whirling dervishes, rising sea levels, global flooding, ruthless heat waves and virulent and deadly pandemics. Tickets for Fanci Friday range from $ 25 to $ 35. Tickets for Stephenson cost $ 42 for one ticket and one free copy of Stephenson’s book, or $ 47 for two tickets and one free copy of Stephenson’s book.

â€¢ The Keswick Theater in Glenside is hosting a few tribute groups this weekend. The Machine performs Pink Floyd on Fridays at 8 p.m. and the music box performs “A Genesis Extravaganza Volume 2” on Saturdays at 6:30 p.m. and 10 p.m. Repertoire of 16 albums, with faithful interpretations of popular hits as well as obscure gems. The Musical Box, the only band ever licensed and backed by Genesis and Peter Gabriel, will present a new never-to-be-performed show with music from “Trespass”, “Nursery Cryme”, “Foxtrot”, “Selling England by the Pound”, “A tail turn â€,â€œ Wind & Wuthering â€andâ€œ And then there were three â€. For tickets and more information, see keswicktheater.com.

â€¢ Ardmore Music Hall presents Cabinet with the Dirty Grass Players on Fridays at 8 pm and A Grateful Gathering with Steve Kimock & Friends on Saturdays at 8 pm, with special guests Tim Carbone of Railroad Earth and Ron Holloway of the Warren Haynes Band. Cabinet honors the canon of roots, rock, reggae, psychedelia, blues, bluegrass, country and folk, weaving these sounds into an Americana quilt patchwork. Kimock is considered one of the great guitar improvisers of his generation, inspiring music fans with his signature sound expressed through electric, acoustic, lap and pedal steel guitars for over four decades. For tickets and more information, visit ardmoremusichall.com.

â€¢ The SoulJoel Comedy Club features Derek Gaines on Fridays at 7 pm and Judy Gold on Saturdays at 7 pm in its new pop-up location at the Westover Golf Club, Jeffersonville. Gaines was born in California, but found his acting skills growing up in Philadelphia. He currently resides in New York City, where he performs regularly and brings a unique perspective on growing up African American in the suburbs. He recently played a role in the NBC hit “Will & Grace”. Gold has had special stand-ups on HBO, Comedy Central, and LOGO. She has written and appeared on two critically acclaimed off-Broadway hit shows: “The Judy Show – My Life as a Sitcom” and “25 Questions for a Jewish Mother”. For tickets and more information, visit souljoels.com.