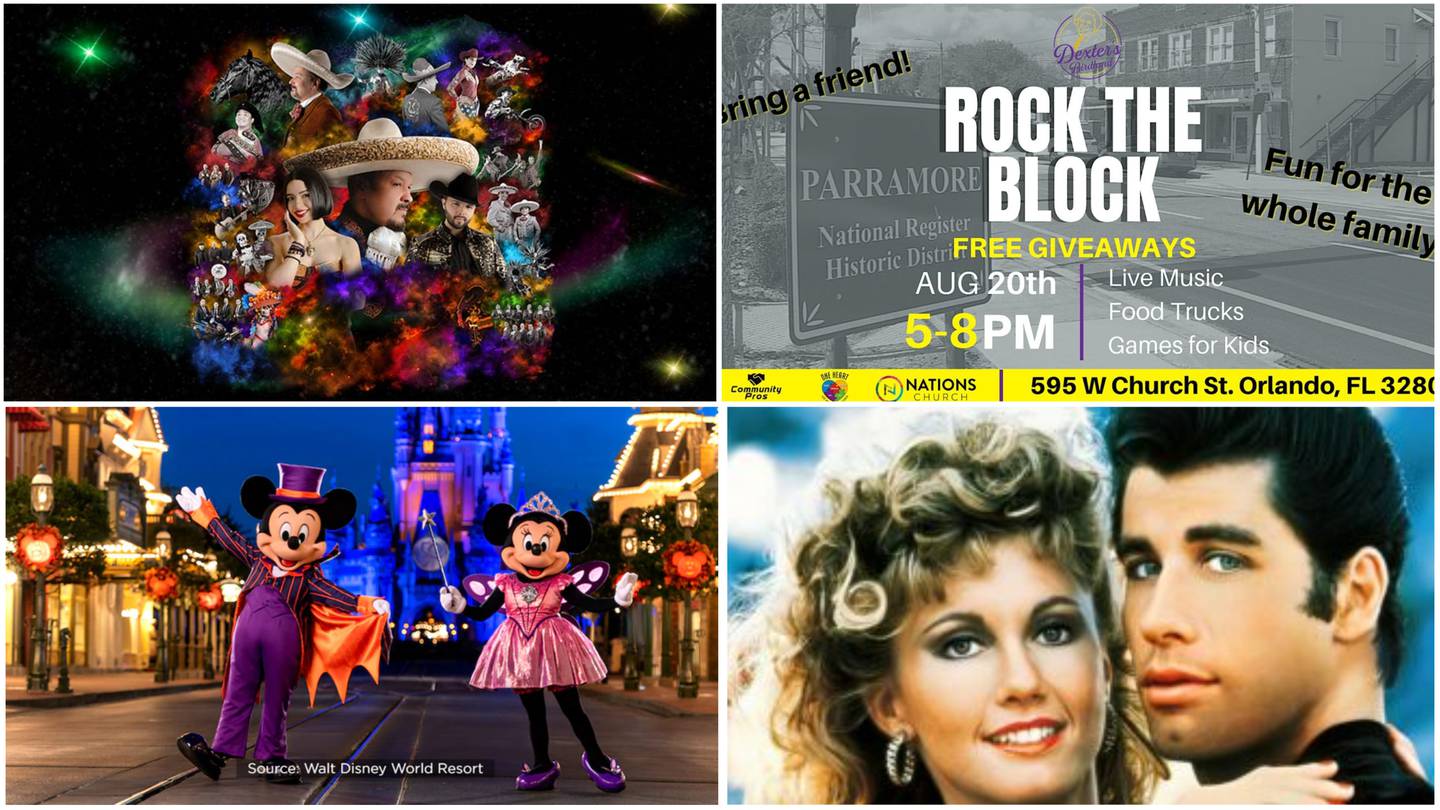 ORLANDO, Florida – It’s mid-August and getting used to the new school year.

As the days get shorter, the end of summer approaches.

Here are some events happening this weekend in Central Florida:

Those who want to vote early in person still have a few days left, depending on which county they live in. Most counties allow voters to vote at any early voting site.

So far, the early turnout in Central Florida is…pretty dismal.

While many races are in primary mode, school boards and other nonpartisan races could be final unless no one gets a majority. This is your chance to have your say. @WFTV pic.twitter.com/PHxZapfFPN

The seventh annual Florida Kids and Family Expo will be held from 10 a.m. to 5 p.m. Saturday and 11 a.m. to 5 p.m. Sunday at the Orange County Convention Center. More than 200 exhibitors, play areas and much more for ages 3 and up.

AMC Theaters will pay tribute to the late Olivia Newton-John by bringing the 1979 film “Grease” back to theaters nationwide this weekend.

Mickey’s Not-So-Scary Halloween Party is an after-hours, specially ticketed event that brings out ghouls and ghosts for a night of sweetly spooky fun for all ages.

The Pineapple Festival at Boxi Park is a day and night celebration for all ages inspired by the Piña Paradisíaca Festival. The event kicks off at 11 a.m. Saturday at Boxi Park Lake Nona.

The City of Eatonville will hold its 135th Founders Day Festival from 3-10 p.m. Saturday and 1-8 p.m. Sunday. Attendees will be able to experience the essence of African American culture and music and more on West Kennedy Boulevard.

• Rock the Block Party in Orlando

Nations Church Orlando will host a family event with food trucks, free prizes, games for kids and more. The free event will take place from 5 p.m. to 8 p.m. at 595 West Church Street in Orlando.

A fundraising and cornhole tournament for fallen firefighter Apopka Austin Duran will be held Sunday starting at 2 p.m. at the Orlando Union Hall at 4005 N. Orange Blossom Trail, Orlando.

• Pepe Aguilar at the Amway Center

Jaripeo sin Fronteras will give fans a traditional and magical experience of the legendary Aguilar family, starting at 8 p.m. Sunday at the Amway Center in Orlando.