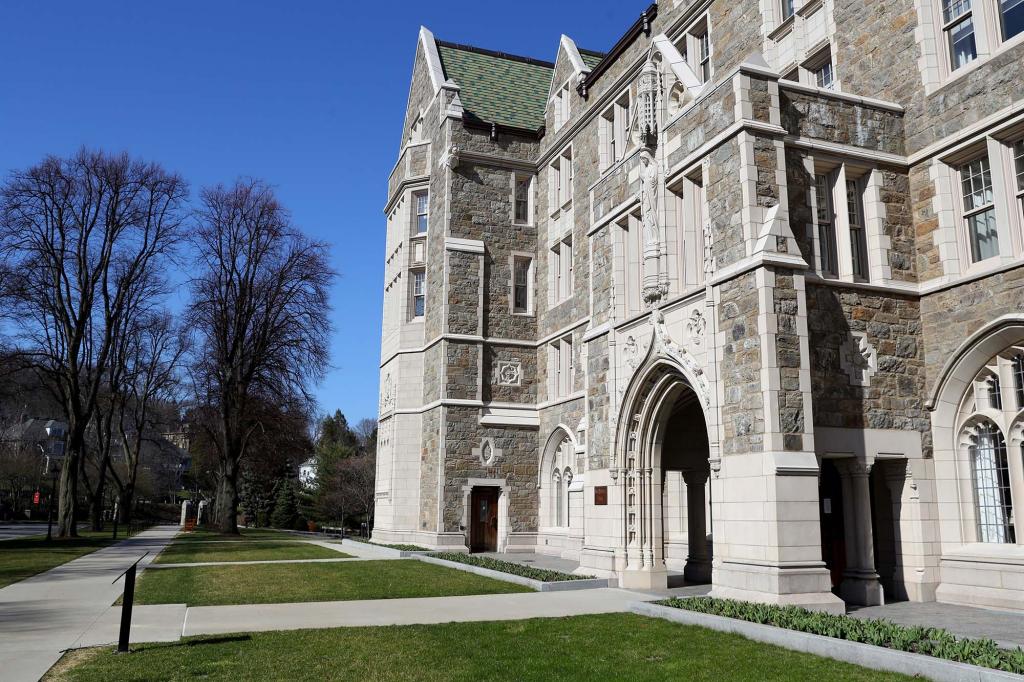 Subscribe to our special edition newsletter to get a daily update on the coronavirus pandemic.

Some of the most beautiful spaces in America, our college campuses, are closed and empty these days. Schools have canceled their spring semesters and debuts due to COVID-19; classrooms, dormitories and sports facilities are closed.

Some institutions advise students that they can continue to access online education. But exams and grades have been canceled in many cases. It is suspected that the online audience will be sporadic and concentrated.

But students shouldn’t hang around in their mailbox at home waiting for an envelope with a tuition refund check. And students — and parents — who expect campuses to reopen this fall, next spring, or the following fall might be surprised and disappointed.

American higher education has faced serious and growing challenges over the past two decades. Yes, our science and technology departments dominate the world, and the social sciences and humanities departments still have brilliant scholars.

But at some point, too much of a good thing stops being a good thing. People have observed for years that college graduates make more money over their lifetime than non-college graduates. But that doesn’t mean that people who don’t go to college will make money if they do.

A shocking number of American freshmen never graduate, not after four, six, or 20 years. An even more appalling number of non-graduates and graduates end up with huge amounts of college debt, not dischargeable in bankruptcy, which reduces or prevents significant accumulation of wealth. Americans today have more college debt than credit card debt.

And why? In his new book, “The Breakdown of Higher Education,” John Ellis, professor emeritus at the University of California, Santa Cruz, cites several studies showing that half of graduates experience no intellectual gain. Many schools do not teach the basics of United States history or government. University degrees are not so much a proof of learning as of arduous perseverance.

And a willingness to support leftist agitprop. American universities continue to produce more doctorates (writing theses that no one may ever read) than they have tenure-track teaching positions, so a growing number of them are accepting additional hourly wages and eagerly await increases in the minimum wage.

Meanwhile, administrators now outnumber teachers in many institutions. Many spend their time in meetings and conferences promoting “equity, inclusiveness and diversity.” Some spend time enforcing the speech codes prohibiting free speech that colleges and universities once encouraged.

Others are busy regulating the social behavior of adult students, conducting mock courts in which those accused of harassment or sexual assault are denied any presumption of innocence, the ability to call witnesses, and knowledge of any accusation.

The idea that adults, who are eligible to vote and serve in the military, need such guidance is rooted in the Latin phrase in loco parentis, the idea that residential college students need some things like parental supervision, even if that supervision is cumbersome and increasingly expensive.

The fact is that the residential college, the model of American higher education since its founding in the 17th century, is the exception rather than the rule in most of the world. University students usually live with their parents or with roommates in cheap apartments nearby. This is the case for most undergraduates in Britain, where Cambridge and Oxford and their magnificent quads served as models for Harvard and William & Mary.

For the hundred or so selective colleges, the residential-college model will continue to be profitable. But even Harvard, with its $37 billion endowment, has seen fit to lay off hundreds of contractors in campus dining halls.

Dozens, if not hundreds, of lesser-known schools, whose graduates never get interviews with Goldman Sachs, could be pushed out of business if the perceived need for social distancing closes classrooms or reduces enrollment.

As Heather McDonald writes in the City Journal, “students and their parents may begin to wonder why they should pay astronomical fees for an on-campus experience if they can get the same instruction over the Web.”

And perhaps some college and university administrators will wonder if they can somehow reduce the administrative burden, especially if the alternative is to find another use for beautiful but suddenly obsolete.