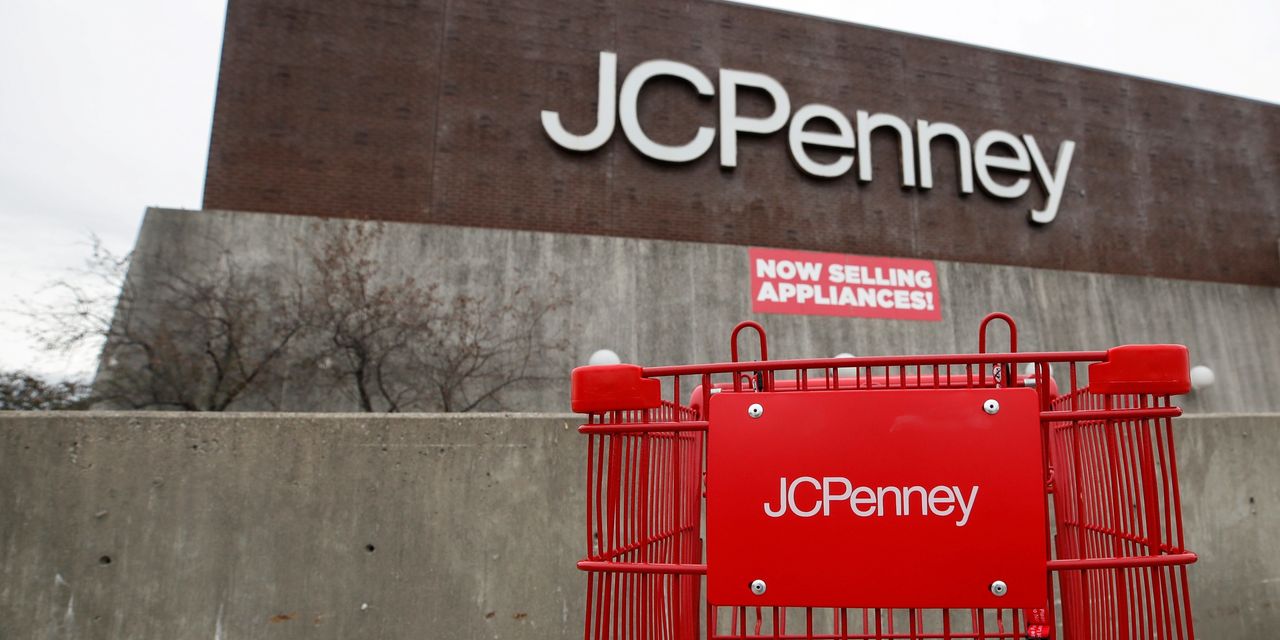 , battered by missteps and the rise of e-commerce, is about to be destroyed by the coronavirus.

With non-essential purchases largely closed in the United States, the department store chain is in advanced talks with bank lenders for a bankruptcy loan of up to $1 billion to complete a potential Chapter 11 process, The Wall Street Journal reported Thursday.

Store closures have choked off revenue, putting further pressure on the company’s imbalanced balance sheet. After years of declining sales, red ink and failed turnaround efforts, the coronavirus pandemic is accelerating the settlement of accounts with creditors over Penney’s $3.7 billion debt.

The company said in private negotiations it wanted to reorganize as a viable business and offered to hand over control to lenders, according to people familiar with the matter.

But saving a retail chain with a declining business model is difficult, even under normal economic conditions. Retailers are struggling to return to health, analysts say, and are more likely than other types of businesses to simply liquidate through bankruptcy rather than resume operations.

“The answer does not lie in mass store closings,” said Steve Dennis, president of SageBerry Consulting. “If your fundamental problem is that you’re irrelevant with customers, having fewer stores doesn’t solve that problem.”

, Penney has been a one-stop-shop for millions of middle-class American families for decades. The Chapter 11 filing exposes the company to the risk of permanent closure, given the experience of other brick-and-mortar retailers. While US bankruptcy laws are designed to bail out businesses in debt, nearly half of the more than 50 retailers and supermarkets who have filed for Chapter 11 in the past 15 years have closed all their stores and went bankrupt for good, according to research by Fitch Ratings.

They include Toys “R” Us Inc. and Barneys New York Inc., both of which filed for Chapter 11 in hopes of reorganizing but found themselves in liquidation. A spokeswoman for Penney said liquidation was not being considered, but could not comment on what a potential deal might look like.

Retailers that file for bankruptcy during the pandemic will face even more challenges. Chains typically use the bankruptcy process to shut down lagging stores. Merchandise in these stores is then sold in closing sales, which helps provide cash to fund creditors and continue operations.

Penney opted not to make interest payments due April 15 due to pandemic-caused store closures and to take advantage of a 30-day grace period to continue talks with creditors, the gate said. -word.

The company could theoretically cover the missed payment to avoid the need for a Chapter 11 filing when the 30-day grace period expires. Often, companies that do not repay their debts do not catch up and go into bankruptcy.

A Chapter 11 filing, which could come in the coming weeks, would leave bankrupt lenders firmly in control of the company’s fate, people familiar with the matter said. For retailers, the loans they borrow to stay afloat during Chapter 11 usually come with requirements that force management to quickly decide which stores, if any, will stay open.

Bankruptcy loans also include financial covenants which, if triggered, can trigger default and put the business on the fast track to liquidation. In the Toys “R” Us and Barneys bankruptcies, lenders were keeping businesses on a leash that put a successful reorganization out of reach.

Companies may be reluctant to file for bankruptcy if they still have significant shareholder value. But Penney has little net worth. Its shares, which trade well below $1, are at risk of being delisted from the New York Stock Exchange.

Penney’s default in mid-April surprised some investors, given that he paid the rent on April 1. Major retailers such as Staples Inc. ignored payments to owners and other businesses such as

told landlords they planned to stop paying rent while stores were closed.

Of Penney’s creditors, major lenders have the most to gain from bankruptcy, which would prevent the company from spending money trying to turn the business around or making payments to unsecured bondholders. guarantees and other lower ranking creditors.

In addition to the banks arranging bankruptcy financing, major lenders include Sixth Street Partners and the credit investment arms of

as well as H/2 Capital Partners LLC, people familiar with the matter said.

These lenders would first get the proceeds from store closures and the sale of inventory and real estate once stay-at-home mandates are relaxed. Penney continues to evaluate all options, the spokeswoman said.

Some creditors have argued that Penney has enough cash and borrowing capacity to stay alive without resorting to Chapter 11 until its stores can reopen, people familiar with the matter said. It has about 230 stores that are debt-free, according to Citigroup Inc. analyst Paul Lejuez.

Since missing interest payments, Penney has turned down a $300 million financing proposal designed to avoid bankruptcy, saying the offer hasn’t helped solve the company’s debt problem. and failed to provide enough cash, a person familiar with the matter said.

Department stores were struggling before the health pandemic. Sears filed for bankruptcy in 2018 and continued to close stores and sell assets.

plans to close 125 locations over the next three years.

sales have fallen over the past fiscal year, which ended February 1. Neiman Marcus Group Inc. plans to file for bankruptcy in the coming days after missing a debt payment, a person familiar with the matter said.

Penney’s troubles date back nearly a decade. It never found its place after a failed makeover by the former

executive Ron Johnson removed discounts and popular house brands. Former Home Depot Inc. executive Marvin Ellison, who is now CEO of Lowe’s Cos., brought home appliances back when he took the reins from Penney and lost focus on apparel, the core business of chain.

Jill Soltau, CEO since 2018, has refocused on apparel but her project to redo stores running out of time as the pandemic cripples non-essential retailers.

“They lost their biggest customer and they were never able to get it back,” said Chuck Grom, analyst at Gordon Haskett Research Advisors.

Write to Andrew Scurria at Andrew.Scurria@wsj.com, Suzanne Kapner at Suzanne.Kapner@wsj.com and Alexander Gladstone at alexander.gladstone@wsj.com