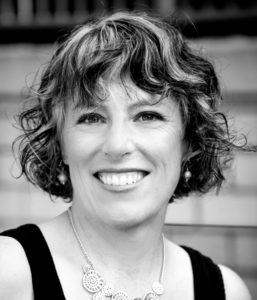 Today, the term “rough cut” generally refers to a first draft of an edit for audio or video recordings. The term, however, comes to us from tailoring and cooking, which used the term loosely in the 19th century before A / V recording was even a glimmer in an inventor’s mind.

In sewing, a coarse cut of fabric is used to define the basic details of the shape and connection, with the aim of cutting a more exact shape when more is known. In cooking, a coarse cut of meat is a cut that requires slow roasting or simmering to produce a delicious, easy-to-chew meal. Both are appropriate descriptors of the Rough Cuts staged by Nautilus Music-Theater, musical theater performances designed to produce a top quality end product. after the performances of Rough Cuts themselves. This Monday, Nautilus presents two of these Rough Cuts in Minneapolis and St. Paul: clips from the new musical by Laurie Flanigan Hegge and Robert Elhai Dirty business and the new music-theater-dance piece by Catherine Dalton Blues.

One of the goals of a Rough Cut performance is to acquire spoken and unspoken feedback from the audience. To achieve this, the ticket price is kept low at just $ 5, with milk and cookies made available free of charge to ticket holders, and conversation about the experience and reactions to the show is encouraged. Creators have a very practical interest – Dirty business is developed by the History Theater and Blues is heading to a directing workshop in 2019.

The Art readerBasil Considine spoke with composer-librettist Catherine Dalton about her work on Blues and his hopes for the performance of Rough Cuts.

How did you hear about Nautilus Music-Theater for the first time? When did you decide to pursue the Nautilus Composer-Librettist Studio?

I first heard of Nautilus Music-Theater when I was looking for a place to learn to compose for the stage. I was selected as one of the composers of the composer / librettist studio in 2009. During the studio, I discovered that not only did I enjoy writing music that told a story, but also that I enjoyed working in it. collaboration, a hallmark of Nautilus Music. -Theater.

While I was working on a directing workshop (funded in part by an MSAB Artist Initiative grant) for my new piece, Blues, I thought it might be useful to have some parts on a Rough Cuts, so I asked [Nautilus founder] Ben Krzywosz if he had an opening.

Tell me about the genesis of Blues. How did this piece first take shape? What does the title refer to?

I saw the book for the first time Blues on a mouthpiece in Powell’s bookstore in Portland. I read the first line and was won over. As I continued to read Maggie Nelson’s unique blend of poetry and prose, I was not only captivated by her crude descriptions of life, but by the lyricism of the text. I knew I wanted to put it as part of a musical play.

1. Suppose I start by saying that I fell in love with a color.

-The first line of Blues

Because the book is incredibly visual, I knew it had to include dancing and projection as well. I met the choreographer / projection designer, Tamara Ober, at breakfast a few years ago. We immediately hooked. I was surprised to learn that she also had a copy of the book!

What’s the story behind the title?

You will have to ask author Maggie Nelson why she chose the name Blues for his book. To me the title has come to mean a collection of blue things – blue thoughts, blue emotions, philosophical treatises on the color blue – in addition to the joy that can come from the experience of seeing a color.

The book is written as a series of vignettes and we are currently discussing, as a creative team, how to translate this structure into a multi-genre piece. It’s a big challenge.

What composition idiom (s) do you use in this piece?

By working with Nelson’s words, each piece found its own style of composition. Some tracks are new experimental music, some are written in the style of Joni Mitchell. There is a catchy rock track, some instrumental improvisation, and then some that are more in the realm of what most people would think of as musical theater.

You are both the composer and the librettist of this piece. What are your goals (to move this piece forward) for the performance of Rough Cuts?

Hope to hear people’s reactions to the songs. Ben will set up the pieces and share the dramatic arc of the room a bit. I’m interested in knowing what touches people, what resonates.

After Rough Cuts, we are organizing a staging workshop at the Art Box, from January 31 to February 2, 2019. The performance of the Staging Workshop, which will be open to the public, will be fully lit; projection; features Ivory Doublette as the heroine and Leslie O’Neil as the dancer; a chorus; and the band. Our director / playwright is Jen Baldwin Peden and Tamara Ober is the choreographer / projection designer.

How do you produce your rehearsal scores – Finale, Sibelius, handwritten scores, or…?

What was the process of obtaining a license Blues for your adaptation?
I sent him an email to ask for permission. She said to send a request to her editor and give them her blessing. (It’s not always that simple.)

Is this your first time working with Ivory Doublette?

Yes, I am super excited to be working with Ivory for the first time. She has a beautiful voice and can easily pull off the multiple styles of the songs! Jill Dawe, Ivory, Jen Baldwin Peden, Tamara Ober and I are [all] have a good time collaborating.

Basil Considine is the editor-in-chief of Twin Cities Art Reader. He was editor-in-chief of the performing arts and senior critic of classical music and theater for the Art reader‘s first five years before succeeding Hanne Appelbaum. He was previously the resident classical music and theater critic at the Twin Cities Daily Planet and remains an occasional contributing writer for The Boston Musical Intelligencer and The Chattanoogan. He holds a PhD in Music and Drama from Boston University, an MA in Sacred Music from the BU School of Theology, and a BA in Music and Drama from the University of San Diego.

Basil was named one of the Musical america‘s 30 Professionals of the Year in 2017. He was previously the regional governor of the North Central region of the National Opera Association.