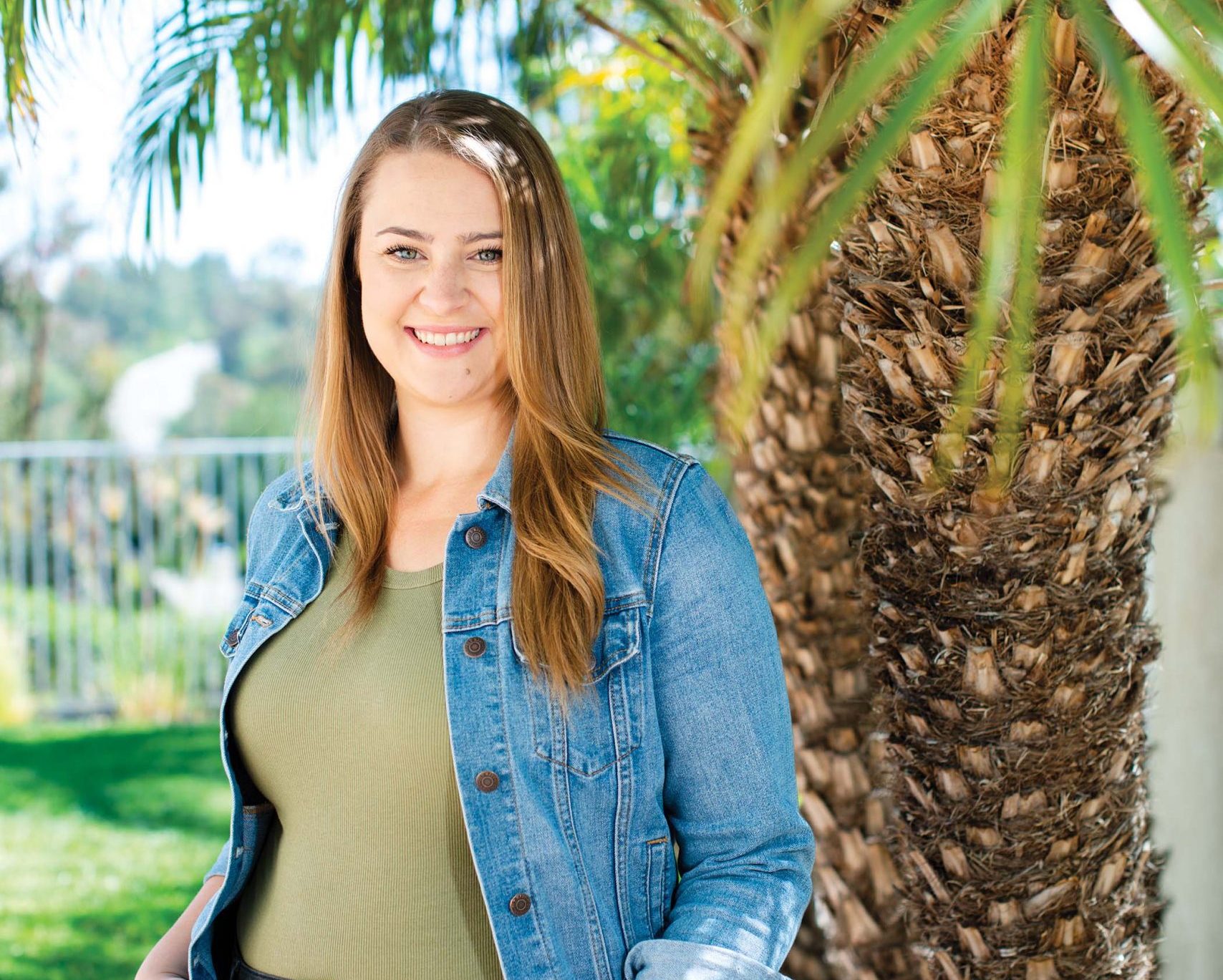 Denton is among six featured singers performing hit tunes from Broadway shows such as “Hamilton,” “Wicked” and “The Lion King” June 3 and 4 at the Renée and Henry Segerstrom Concert Hall. She describes herself as a “soprano belt”, she appeared in “The Sound of Music” at the La Mirada theater, “Something Rotten” with Musical Theater West in Long Beach and “Parade” with 3-D Theatricals based in Anaheim.

How did you start as a performer?

I’ve been singing since I was little. My father is a singer. He sang in a hair salon in college. And her father was a choir teacher. So I come from a musical background and have had incredible support from my family. I’ve been doing musicals and shows since I was probably 9 or 10 years old. In high school, I decided that was what I wanted to study in college, so I started auditioning for college musical theater programs.

Why did you turn to musical theatre?

I’ve always enjoyed singing for people, but the added passion and joy came from being on stage and being able to embody a character. I’m so passionate about storytelling. What I love is the story behind the song and the show. Whatever song I do, I like to find the story and have the audience join you in that story, whether it’s a musical or a concert format. I know pop artists try to do the same thing. Also, my tone of voice tends to move in a more theatrical direction, so I stayed in that zone while becoming a performer.

Is the highlight getting on stage and performing?

I think so. Sometimes it’s also being in a cast of really good performers who are on the same wavelength as you and who are just as passionate about storytelling. I think that tends to be a highlight. And work with great directors and musical directors. You meet a lot of great people. Many of my close friends come from productions I’ve done in the past. It’s exciting to know that you’re in a job where you constantly meet new people.

At Cal State Fullerton, were there any specific productions that were extremely fulfilling for you?

I was able to do “Legally Blonde” when I was a junior. I played Paulette, and it was a dream role for me. It’s a comic role with a big belt voice. It was so much fun. The agents who represent me now contacted me after this role. I finished my time at Cal State Fullerton doing “Kiss Me Kate,” and I loved it because I got to play alongside my best friend in college, and I played the role of Kate. It was extremely difficult because there was a Shakespearian language involved, which was challenging but pushed me and my performance abilities.

Where would you like to go with your career?

Like many in the musical theater world, I would love to be on Broadway. I’ve had the opportunity to audition for a few Broadway shows, and that in itself has always been a dream. Now that’s the point of getting into one of these shows. Specifically, I would like to create a role. I would like my career to take me into the world of television and cinema, which happened little by little. My most recent work has been national commercials with Pepsi and Ross. Other than that, I’ve done some short films with up-and-coming directors, which has been really cool.