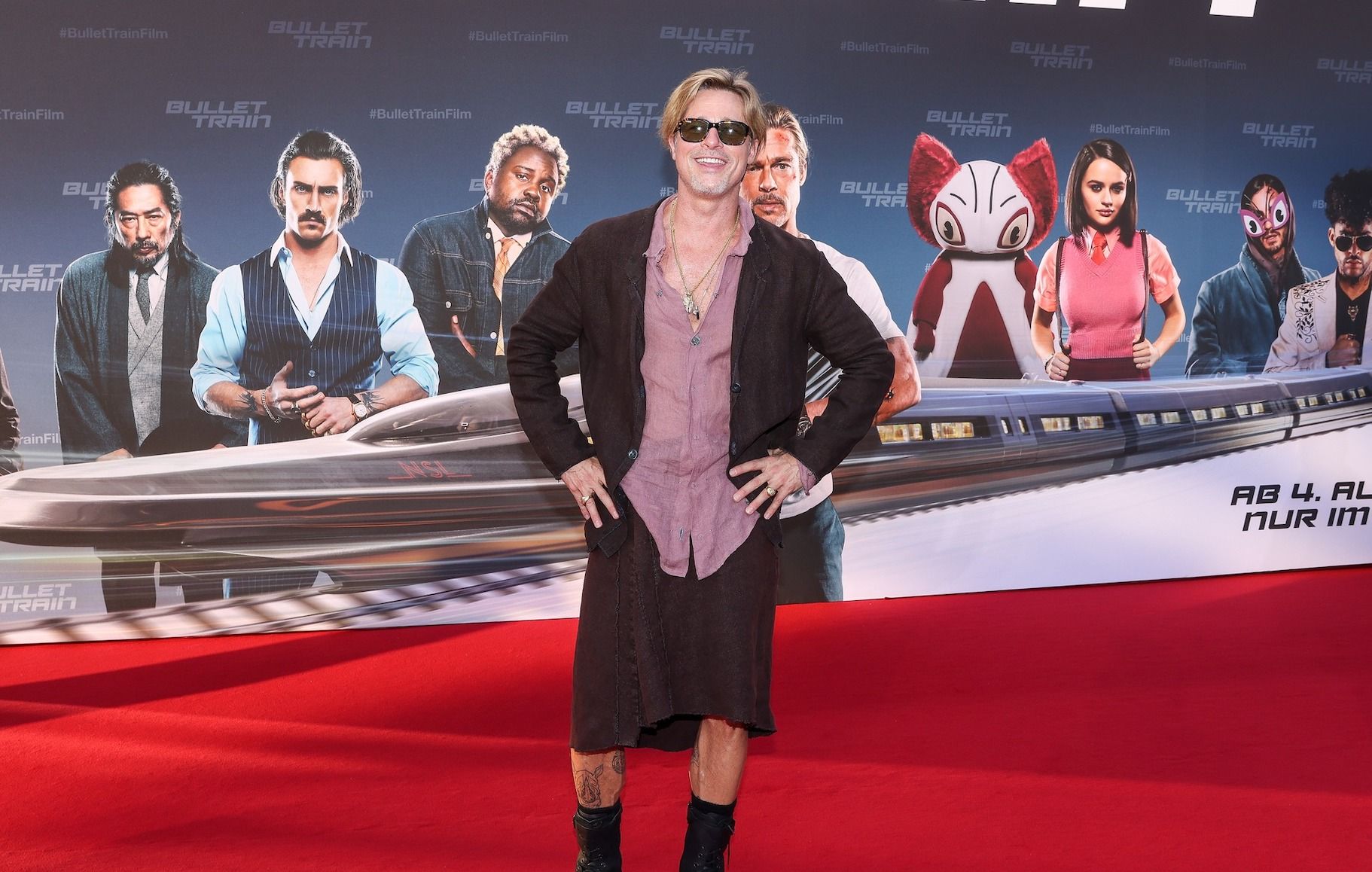 Brad Pitt avoided talking about an impending retirement ahead of the premiere of his Jackie Chan-inspired action flick “Bullet Train,” which included red carpet events in Paris and Berlin – where he stepped out in a skirt.

The 58-year-old had fans worried his acting days might be numbered after a GQ interview last month in which he said he was in the “last half” of his career.

But Pitt told AFP: “I’m not going to get away with it under any circumstances.

“It looks like it could have been considered a retirement statement. That’s not what I was saying,” he said. “I’m past this middle age bump and so I’m looking at this last stage…how do I want to spend this time? At my age you’ve made enough mistakes…now it’s comforting to apply that kind of wisdom.

“Bullet Train,” which hits theaters worldwide over the next two weeks, sees Pitt try something new in an action-comedy from “John Wick” director David Leitch. Pitt plays a reluctant hitman who battles his rivals on a Japanese train. “It’s a lot more fun than the usual punch. It’s infused with humor and character,” he said.

Pitt and the cast of Bullet Train are currently promoting the film in Europe. At a recent Berlin premiere, he turned heads when he showed up in a maroon linen skirt. He teamed it with a matching jacket and a button-up linen shirt in pink. “Breeze, breeze,” he answered cheekily when interviewed by Associated Press Entertainment.

“I can’t say enough about Jackie Chan and what he’s done, and being in that arena, even close to that, is something I’ve never done before.”

If not retirement, what’s next for Brad Pitt?

Pitt will next be seen in “Babylon” about Hollywood’s Golden Age, directed by Damien Chazelle (“La La Land”). This will once again pair him with Margot Robbie – the pair starred in Quentin Tarantino’s ‘Once Upon a Time in Hollywood’, which won Pitt an Oscar in 2020.

But Pitt said he particularly enjoys production duties with his company Plan B. The company has three Best Picture Oscar winners to its name — ‘The Departed,’ ‘Twelve Years a Slave’ and ‘Moonlight’ — and the very hot “Blonde” about Marilyn Monroe will soon be released.

“I really like what we’ve been able to do on the production side. You are part of stories, nurture new talent,” he said.

Unlike other major movie stars such as Tom Cruise, Pitt isn’t as committed to movie theater nostalgia. “I love the dichotomy, the streamer as well as the theatrical experience, because movies were getting so expensive to make and market that they were either big tentpole movies or very small, intimate movies and there was no room for anything in between. . Streamers have opened it up to more voices,” he said.

“It was so fun to be there again. There’s a place for both.

This story was published via AFP Relaxnews