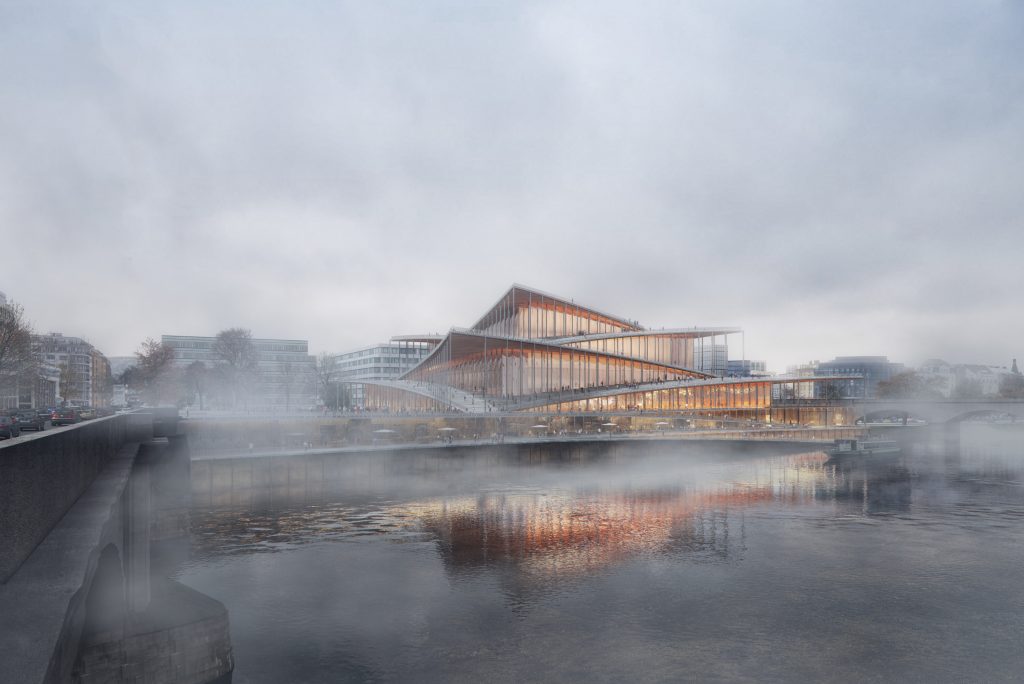 The supersar practice saw 18 other finalists, including a number of teams that had been shortlisted in the Vltava Philharmonic Hall competition, including David Chipperfield Architects from London, SANAA from Tokyo and Diller Scofidio + Renfro from New York. Organized by the Institute of City Planning and Development (IPR Prague), the competition attracted 115 entries from 25 countries.

Scheduled for completion in 2032, the project will transform a large industrial wasteland near Vltavská metro station and be the city’s first new concert hall in over 100 years. The 4 ha project will form the centerpiece of a new cultural and civic quarter being created in the Bubny-Zatory redevelopment area of ​​the Holešovice district of Prague.

According to the brief: “The Vltava Philharmonic Hall will have two resident orchestras: the Czech Philharmonic and the FOK Prague Symphony Orchestra. The outdoor public space, which will provide opportunities to meet, rest or host all kinds of activities and events, will be an integral part of the whole project. All this combined will make the Vltava Philharmonic Hall a cultural center that will be bustling 24/7, 365 days a year, attracting a wide range of visitors.

Michal Sedláček, president of the competition jury, said: “Many aspects had to be taken into account when selecting the winning design.

“The site of the Philharmonic Hall is currently making it difficult for people to meet instead of encouraging it, so the emphasis has been placed not only on the architecture and operation of the building, but also on the design public spaces nearby.

“The Vltava Philharmonic Hall will become a vibrant center of life on Vltavská Street. A new municipal park will extend east from the building; the south side will open access to water; a square will be created on the west side and there will be a view of the new Bubny-Zátory district to the north.

Vltava Philharmonic | Announcement ceremony of the results of the CAMP PRAHA competition on Vimeo.