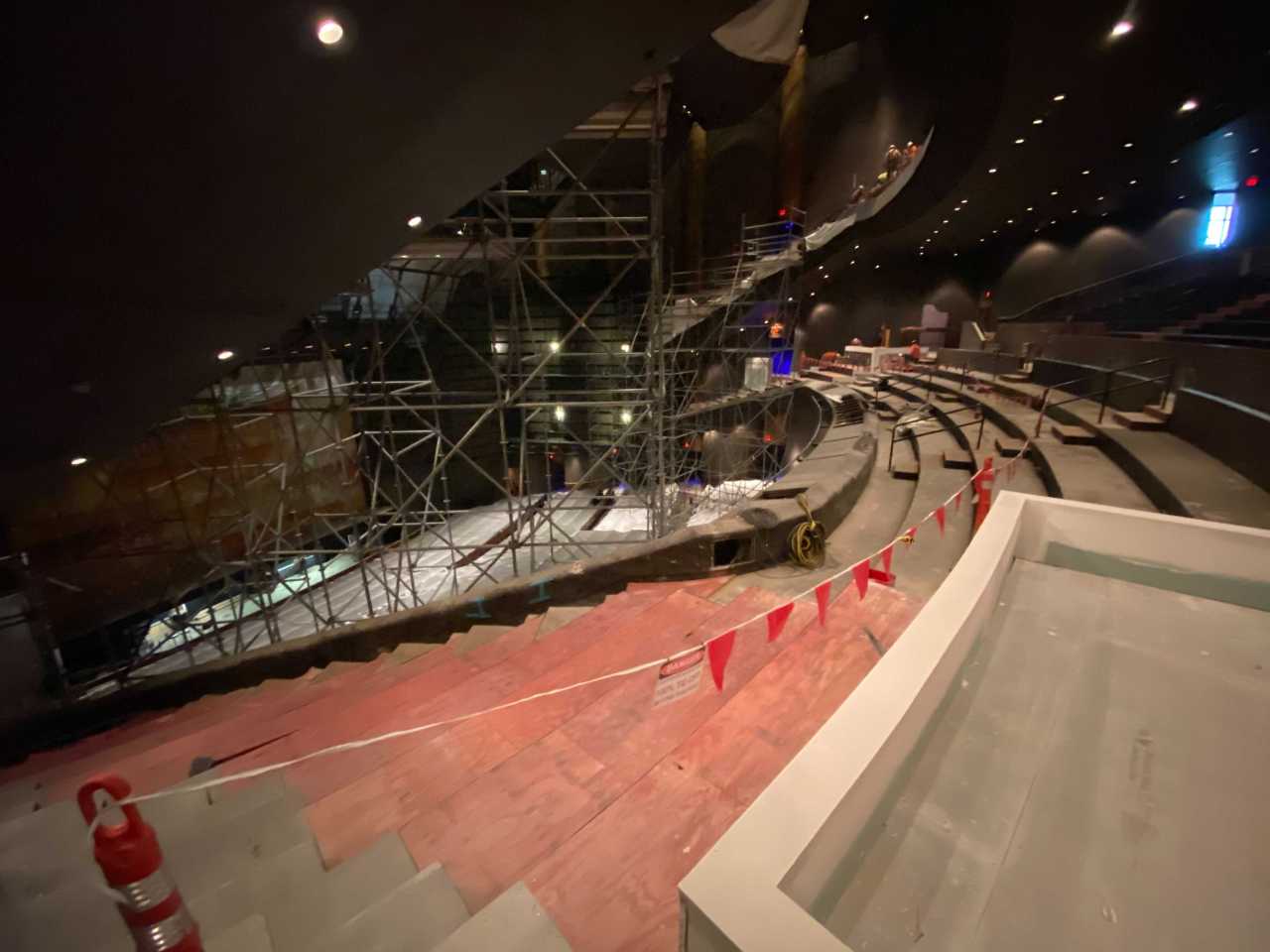 Tony Award-winning producer Bob Bursey began his role as executive director of Texas Performing Arts in January 2020, just before the pandemic hit the region in March 2020.

â€œI worked here, running the organization while it was closed, longer than it was actually open,â€ he said.

The University of Texas at Austin’s Bass Concert Hall closed in March 2020. Throughout the pandemic, Bursey has been trying to find opportunities to make the most of the downtime at the city’s largest theater. .

Privately funded $ 3 million renovations are underway at the Bass Concert Hall which will prepare the venue for its next 40 years, Texas Performing Arts announced on April 6, 2021.

The theater, located on the UT campus off Robert Dedman Drive, improves its experience as public health conditions improve and large-scale events are returning to the region.

Texas Governor Greg Abbott passed an Executive Order on March 10, 2021 that allows all businesses to operate at 100% capacity, including performance venues, bars and more. Since then, venues like the Paramount Theater have put on shows at full capacity later in the year.

Bursey said the crews are making great strides. He is delighted to welcome people back to the theater.

â€œJust imagine that feeling of sitting in the theater, the curtain going up and the energy you get from the performers on stage – that’s what really motivated us during that time. Work as hard as you can to make this happen and make it a great experience for everyone when they can come back. “

The theater is on schedule and renovations are expected to be completed by mid-May, just in time to host graduation ceremonies for the UT 2021 class.

â€œYou imagine what these students went through. Part of their junior year, their entire senior year was spent under these very difficult pandemic circumstances and so we are delighted to welcome them to a refreshed and reopened facility to recognize their accomplishments, â€said Bursey.

This is not the hall’s first rodeo with renovations. Bass Concert Hall turns 40 this spring. It is in constant need of improvement and maintenance, said Bursey. The theater expanded its lobby in 2009 with an improved front faÃ§ade and replaced orchestra-level seats in 2013. These additions have paid off. In 2019, the performance hall sold the most tickets of any theater in Austin, welcoming 285,809 attendees, Texas Performing Arts said.

The goal of the ongoing renovations is to improve customer safety and their experience. It’s worth noting that the sightlines and balcony seating are all undergoing renovations, along with the AV systems and lobby space.

The original 1,241 balcony seats from 1981 will be recycled and replaced. The side sections will be reconstructed and curved towards the stage to improve sight lines and increase comfort, allowing customers a full view from all seats on the balcony. Accessibility and sight lines for spectators in wheelchairs will also be improved.

â€œThe pandemic kind of gave us the opportunity to replace all the seats on both balconies, and then because we had this dark time, [weâ€™re rebuilding] the side sections of the balconies to eliminate all obstructed view seats in these areas, so that every seat throughout the theater will now have a good view, new chairs to sit on.

Upgrades to the audiovisual system will expand the capabilities of artists and designers. The home sound mixer will be relocated and will include new audio / video infrastructure to support recording and streaming.

The halls will be reconfigured with additional circulation space to help reduce congestion.

Making improvements to the lobby will create more space for people to move around, especially as you enter and exit the building, Bursey said. Bass Concert Hall has improved its ventilation and filtration system to keep the air in the theater as healthy as possible.

Other renovations include the replacement of aisle lighting for better visibility and an all-new carpet in the halls and auditorium.

Bursey realizes how lucky he is to be able to do renovations during a public health crisis.

â€œWe took a certain risk to do it, it’s a bit counterintuitive, actually, because the pandemic has been so devastating financially for us and other performing arts organizations. But we didn’t want to be deterred by it, not be influenced by our mission and our goals, and try to use this time to make serious improvements, â€he said.

He envisions the next 40 years for the Texas Performing Arts and Bass Concert Hall. The group has announced their “Broadway in Austin” season, which will restart in December 2021 with the return of the musical “Hamilton”. They will announce other shows planned for this spring.

All in all, he is delighted to find performances on stage again.

â€œI think for the artists that we work with, with our whole team, the reason we’re here, we’ve trained for years and years. What gives us fulfillment and meaning is being able to make this link between artists and audiences and share a real experience in time and space. For me, being able to bring my family back to see a show here and share the awesome art that we’ve been sort of deprived of, in some ways, for over a year, is going to be extremely special, I think.

UT Austin’s Project Management and Construction Services brought in a team of industry experts to execute the latest Bass Concert Hall renovation project. You can learn more about the renovations on the venue’s website.