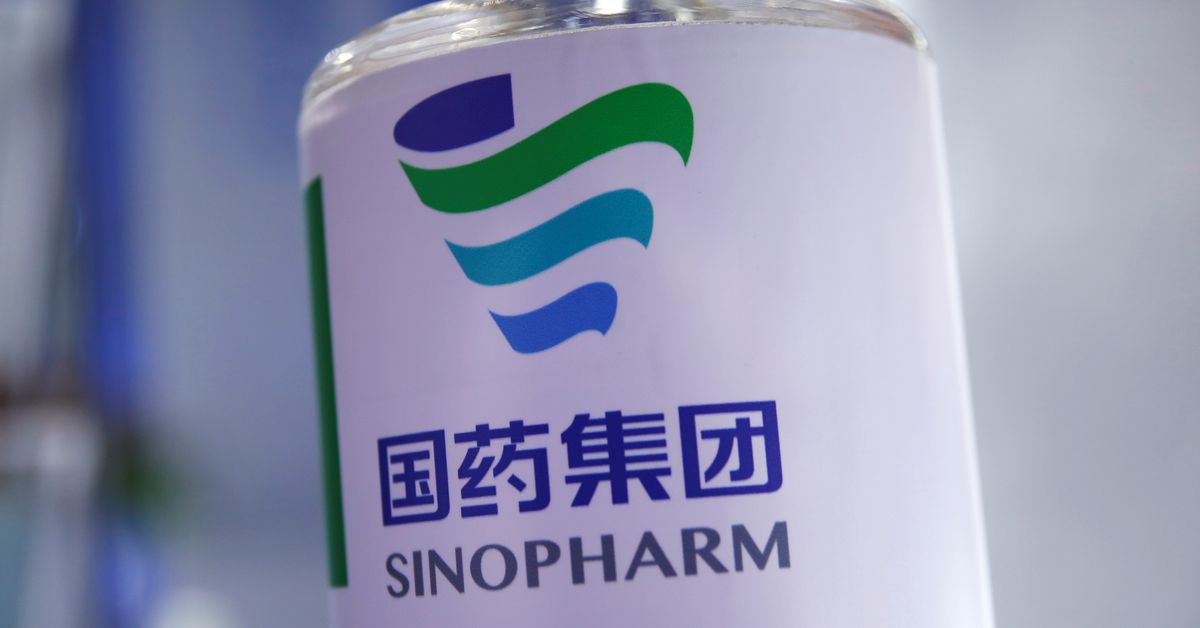 DUBAI, Dec 13 (Reuters) – Bahrain said on Sunday it had approved a COVID-19 vaccine developed by China National Pharmaceutical Group (Sinopharm) and launched online registration of the vaccine for citizens and residents.

A statement from the National Health Regulatory Authority did not specify which of the two vaccines developed by Sinopharm had been given the green light, but cited data from phase III clinical trials which showed an effective rate. by 86% and said that Bahrain had participated.

Bahrain’s Ministry of Health said in a statement and on its Instagram account that citizens and residents over the age of 18 can register online to receive the vaccine for free.

The data cited was the same as that announced earlier this month by the United Arab Emirates from an interim analysis of late-stage clinical trials for an inactivated vaccine developed by the Institute of Biologicals in Beijing, a unit of Sinopharm’s China National Biotec Group (CNBG). . Read more

In July, the United Arab Emirates began phase III clinical trials for the vaccine, and the trial has been expanded to Bahrain, Jordan and Egypt.

Bahrain’s statement said the kingdom participated in phase III trials of the approved vaccine and had previously cleared it for emergency use to frontline workers.

Bahrain earlier this month granted an emergency use authorization for the Pfizer/BioNTech COVID-19 vaccine.

In the Gulf Arab state of Kuwait, the Ministry of Health on Sunday granted an emergency use authorization for the Pfizer/BioNTech (PFE.N), (22UAy.DE) vaccine, state news agency KUNA said.