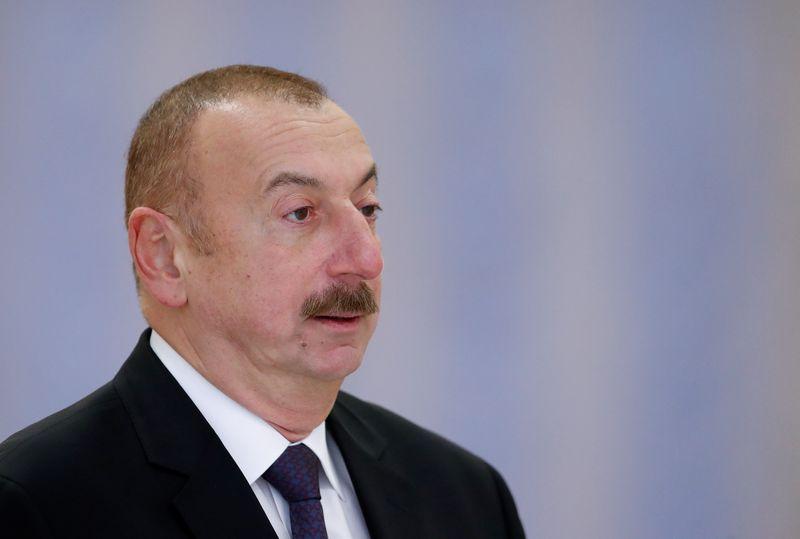 BAKU (Reuters) – Azerbaijan said on Thursday it planned to build a railway to the Armenian border soon to transport goods to its ally Turkey and the Azeri enclave of Nakhchivan after securing territorial gains in a conflict with ethnic Armenian forces.

Azerbaijan plans to build a line connecting the town of Horadiz with Zangilan, on the border with Armenia, from where it will use trucks to transport goods to Nakhchivan and Turkey, Azerbaijani President Ilham Aliyev has said .

“I am sure that we can already start delivering goods from Azerbaijan to Turkey and Nakhchivan via Armenia, as well as in the opposite direction,” Aliyev was quoted as saying by the state news agency. from Azerbaijan.

Aliyev did not specify which goods Azerbaijan would send. Its exports are dominated by oil and gas, but it also sells sugar, fruits and metals.

Construction of the railway could take up to two years, Aliyev said during a meeting with Turkish Defense Minister Hulusi Akar.

A Russian-brokered deal last month ended a six-week conflict between Azeri and ethnic Armenian forces over and around the Nagorno-Karabakh region, securing territorial gains for Azerbaijan.

Under the agreement, Armenia must provide Azerbaijan with a safe transport link through its territory to the enclave of Nakhichevan, which borders Turkey.

Reporting by Nailia Bagirova in Baku and Nvard Hovhannisyan in Yerevan; Written by Gabrielle Tétrault-Farber; Editing by Tom Balmforth and Andrew Heavens