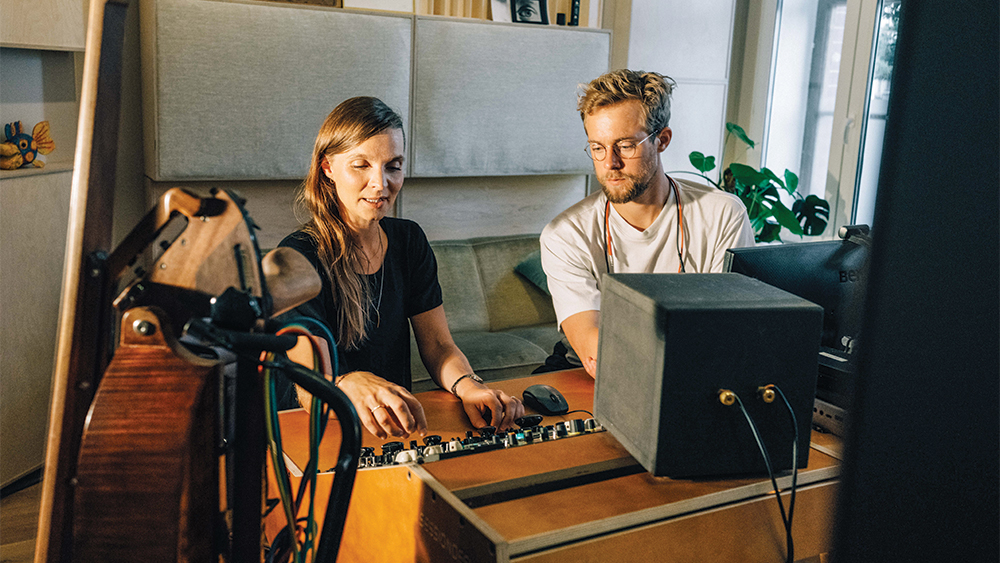 For Kris Bowers, “few things can beat the feeling of being in the room when a group of musicians put their hearts into a piece of music – especially when it’s yours”.

It’s an emotion the Emmy-winning jazz composer and pianist hopes to capture with “Reel Change: The New Era of Film Music,” a concert series built alongside fellow composers Nicholas Britell and Hildur Guðnadóttir in collaboration with the Los Angeles Philharmonic. Taking place November 19-21 at the Walt Disney Concert Hall, the three individually curated programs spotlight the next generation of composers from film, TV and video games.

“When you play in front of an audience, you and the audience breathe the same air. You encounter exactly the same frequencies and listen to exactly the same things at the same time. So the dynamics of the shared experience of listening creates a very special,” says Icelandic composer and cellist Guðnadóttir, Oscar, Emmy and Grammy winner, whose program kicks off the series.

In addition to selections of his own music from career-defining projects such as “Joker” “Chernobyl” and “Battlefield 2042”, Guðnadóttir’s curation also includes the work of Ryuichi Sakamoto (main theme “The Revenant”) and “Love by Mica Levi. from the “Under the Skin” soundtrack. “I tried to choose music that had a big impact on me personally, as well as music that I think influenced other people of my generation as well,” she says.

On Nov. 21, Oscar-nominated and Emmy-winning Britell commands the stage with an evening featuring selections from some of his collaborations with director Barry Jenkins (“If Beale Street Could Talk,” “The Underground Railroad “) alongside pieces by innovative composers such as Jonny Greenwood and Kathryn Bostic.

For his November 20 program, Bowers opted for medleys of his work on “King Richard”, “Bridgerton” and “Green Book”, as well as a composition of tracks from Bowers’ musical influences, from Björk to Arcade Fire. through Shigeru. Umebayashi.

Seeking to tap into the emotions and themes of his projects, Bowers has also worked with his wife, Briana Henry, on a series of original short films, paired with new poetry by Yrsa Daley-Ward inspired by the music and themes. short films. “

The last live performance I attended was at Disney Hall, so it’s nice to get back to live music that way,” says Bowers.