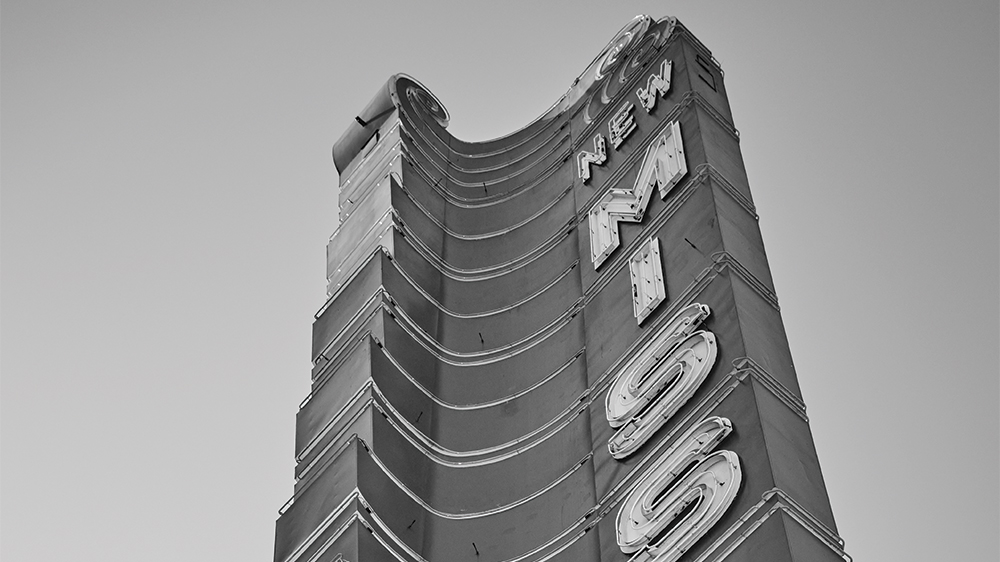 The Alamo Drafthouse Theater turns 25 and it’s on the road to celebrate.

The movie theater chain – who successfully dares to ask “What if multiplexes had personality?” – is planning a Rolling Roadshow tour throughout the summer, with stops in Austin, New York, Los Angeles, St. Louis and Washington D.C. Most events will be outdoors and free, with the exception of one immersive premiere of Jordan Peele’s mind-bending thriller “No,” which hits theaters July 22.

Since Tim and Karrie League opened a single-screen movie theater in downtown Austin on May 24, 1997, the company has expanded to 36 locations (and counting) across the country, providing moviegoers with a cinematic experience without phone and filled with snacks. Alamo Drafthouse, known for popularizing in-theatre dining, offers full-service menus with burgers, pizza, buffalo cauliflower, craft beer and cocktails at all of its locations.

Texas-based Alamo Drafthouse is kicking off its 25th anniversary palooza with a free outdoor screening of “Raising Arizona” at Live Oak Brewing Company in Austin. The movie selection is symbolic because “Raising Arizona,” the Coen Brothers crime comedy starring Nicolas Cage, Holly Hunter and John Goodman, was the first movie to play the night the Alamo Drafthouse opened long ago. The free screening, which is scheduled to begin around 8:45 p.m., will be preceded by a performance by Austin band and longtime Alamo Drafthouse collaborators The Octopus Project.

“I vividly remember scrambling to finish everything and put on our very first show 25 years ago. We had a brand new team of 20 people and had never trained or employed anyone before that day, it was tense,” says Tim League, co-founder and executive chairman of Alamo Drafthouse. “We’ve learned so much over the years, but the passion remains the same. We love movies and want to share that love with all of you.

To thank staff members, who have kept the theater chain going after the pandemic threatened its existence, Alamo Drafthouse theater locations will be closed on June 8 for a team appreciation day.

“I feel very fortunate to be part of a team with so much history, passion and dedication to our core mission. This dedication to celebrating cinema and providing a better theatrical experience is why we have existed for so long, and we won’t be stopping anytime soon,” said Alamo Drafthouse CEO Shelli Taylor.

Join Alamo Drafthouse for a free outdoor screening of the first movie ever played at an Alamo Drafthouse, “Raising Arizona” by Joel and Ethan Coen. In addition to the screening, guests will enjoy games, food, surprise guests, live music and a proclamation from Austin Mayor Steve Adler. The festivities begin at 6:30 p.m. and the screening begins at 8:30 p.m. Admission is free, but guests must RSVP via Eventbrite before arriving. Attendees are encouraged to bring their own chairs and blankets for a fun and memorable evening under the stars.

Alamo Drafthouse will host a series of free outdoor screenings in the plaza outside its new Lower Manhattan theater every Thursday from June 9 through June 30. Guests will enjoy an interactive experience where they can crank out their own commemorative Alamo25 poster over a vintage 1938 Vandercook letterpress.

In partnership with Universal Pictures and Monkeypaw Productions, Alamo Drafthouse will bring a select group of fans to a Rolling Roadshow screening at a Los Angeles horse ranch where they will be the first to see Oscar-winning writer/director Jordan’s new horror epic. Peele, “No.” The film, in theaters July 22, stars Oscar winner Daniel Kaluuya, Keke Palmer and Oscar nominee Steven Yeun as residents of a remote interior California ravine witness of a strange and frightening discovery.

Guests can enjoy horseback riding, cowboy lessons and ranch tours before the screening.

More details should be announced shortly.