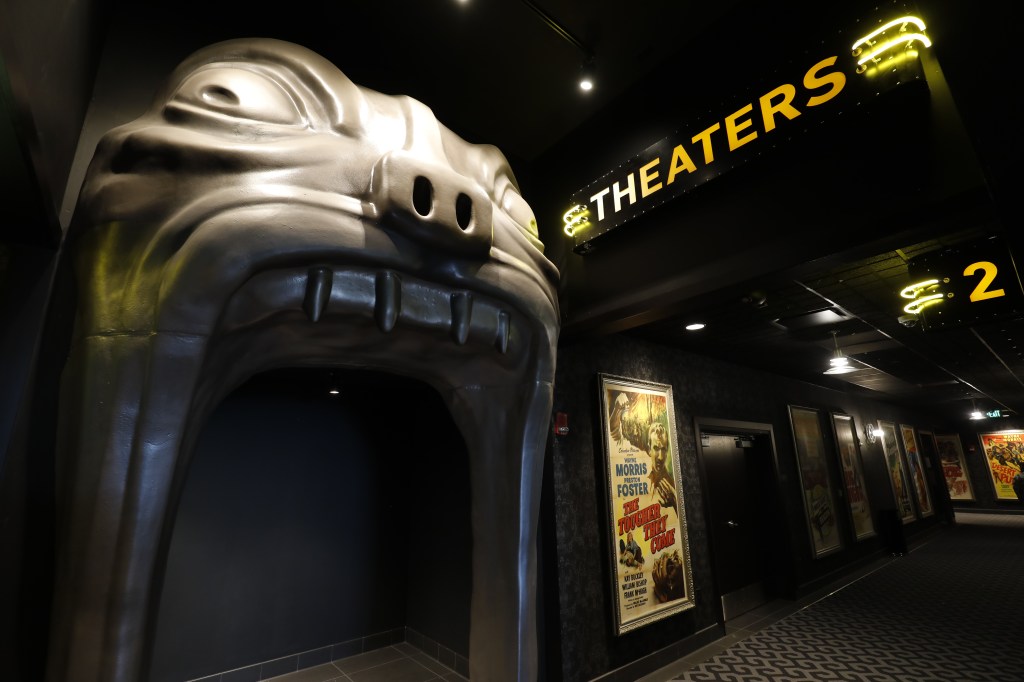 Alamo Drafthouse, the hip, alcohol- and food-serving movie theater chain with three locations in the Denver area, has filed for bankruptcy in the wake of the COVID-19 pandemic, according to Bloomberg News.

Three of the company’s 41 locations, including one in its hometown of Austin, Texas, will close permanently as co-owner Altamont Capital Partners and affiliates of Fortress Investment Group buy the business out of bankruptcy, the company said. in a statement emailed to Bloomberg on Wednesday. .

The three Denver Metro locations – Littleton, on West Colfax Avenue near Sloan’s Lake in Denver and a Westminster theater that opened in 2019 – seem safe for now.

“Our intention is to reopen when we can,” Alamo spokeswoman Brandy Fons said in a text message to the Denver Post on Wednesday.

Sloan’s Lake is the only one of three currently showing films after COVID-19 restrictions closed last year.

Twenty-three Alamo theaters are owned by franchisees, according to Bloomberg.

While not the first to offer on-site movie and drink-in in the Denver area, Alamo Drafthouse Cinemas Holdings has made waves in the American film industry by providing a viewing experience suitable for adults and by mixing good doses of nostalgic and classic screenings with new versions.

The locations feature food, wine, beer, and cocktail menus, offer premium picture and sound quality, and a code of conduct that prohibits infants and young children, harassment, and the use mobile phone during the movie.

Keith Garcia, artistic director of the Denver Film’s Sie FilmCenterwas the creative director of Alamo’s Littleton site from 2013 to 2014. He credited the company for helping to change the landscape of local movie viewing, with a focus on conservation and making a trip to the theater and the event and not just a commodity.

“It was interesting to see how a company applied these ideas to mainstream cinema,” Garcia said.

The company had already embarked on severe cost-cutting measures to survive the pandemic, laying off 80% of its staff after its theaters closed last March, also cutting wages and negotiating leases with landlords. .

At the end of 2020, he was still facing “crushing” debt, chief financial officer Matthew Vonderahe said in a statement to the court.

In a statement emailed to members of the media on Wednesday, Alamo founder and executive chairman Tim League struck an optimistic tone.

â€œDue to increased vaccine availability, a very exciting slate of new releases, and pent-up demand from audiences, we are extremely confident that by the end of 2021, the motion picture industry â€“ and our venues in particular – will thrive,” League said in the statement. But ‘difficult decisions’ about the company’s leases come during bankruptcy, he said

Garcia said this is true across the industry. Sie and Denver Film is getting by with private screenings and virtual cinema experiences and doesn’t plan to rush to reopen until its audiences are ready to return, he said.

“As we come out of COVID and the theater reopens, I think this fall we’re going to be looking at a lot of places closing in everything from business to little guy,” Garcia said. “At this stage, I don’t think we know what the impact of losing those places will be.”

Bloomberg News contributed to this report.